The Capitalist Pig and the Harper Cons 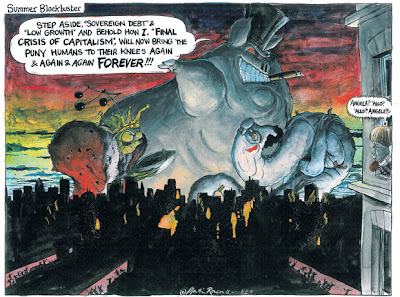 I really have to hand it to John Ibbitson, his timing couldn't be better. As the bloated capitalist pig stumbles around in its final agony. And threatens to plunge us into another devastating recession.

He's scribbling away furiously, urging Stephen Harper to give in to his wild side.

The past five years suggest that Cautious Stephen will keep Wild Steve in check. But if the Prime Minister does want to let his inner über-conservative twin loose, this is the time to do it.

As if this is the time to mutilate E.I., screw the poorer provinces, and start privatizing the medicare system, when Harper's Teabagger plan to cut taxes for the rich, and slash jobs, is leading this country to economic catastrophe.

As if Stephen Harper has ever been held in check, or needed any encouragement to morph from Mr Sweater Mr Hockey Dad Mr Kitten Lover Mr Mini-Golf. 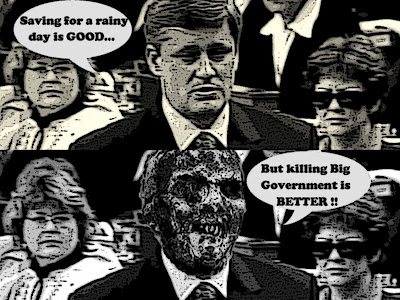 Gawd. It's enough to make you scream Ibbitson you IDIOT !!! Or I want my money BACK!!!

This June in Canada, 10,000 more jobs were created than in the U.S. But before tax cuts are given credit, consider these facts: Part-time jobs outnumbered full-time by three to one; construction and manufacturing jobs didn't increase; 51,000 new jobs were in the public sector while only 22,000 were in the private sector; the unemployment rate didn't drop.

Or ask the nasty Con gnome Jimbo Flaherty to give back the "Finance Minister Championship Belt" the Ford gang gave him.

Before he shows us HIS wild side. 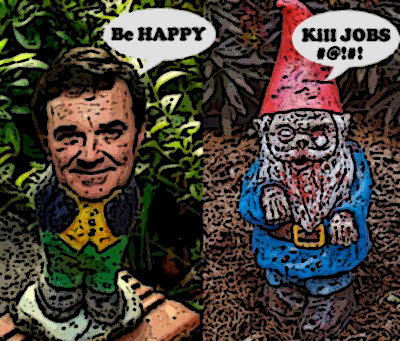 But then he's the one who wants Canadians to prepare for retirement by putting their non-existent savings into an office pool, and playing the stock market casino.

So he's capable of ANYTHING.

Oh boy. Some things are for sure eh?

The Teabagger Cons don't know what they're doing. We're heading for financial disaster.

The time has come to take to the streets, and try to stop them from destroying the country.

Or surrender to the capitalist pig. Stock up on dog food.

And sing along with Bobby....

Funny, Perhaps Ibbitson didn't pay any attention to S&P's downgrade to US, largely in part because they didn't raise revenues by raising necessary taxes to the wealthiest. Stevie would do well to learn by this before continuing to cut corporate taxes.

Ibbitson, and those of his fascist neo-con ilk, a traitors to Canada as well as a direct threat to the physical well being of her citizens and the continued existence of our nation. They should be dealt with as criminals, extortionists and traitors.

hi ck...I'm hoping that will be the positive outcome. More Canadians will come to realize that Harper economics is Teabagger economics, and sooner or later the Cons will lead us to ruin...

hi ThinkingManNeil...I wouldn't go as far as you. I think Ibbitson is a hopeless conservative, but since everybody knows that he's basically harmless.
What I do see is an ideological struggle taking shape that will change the world, and it doesn't really matter what Ibby and his fellow fools say or do.
They can't hold back the inevitable, and history will be harsher than even you... ;)