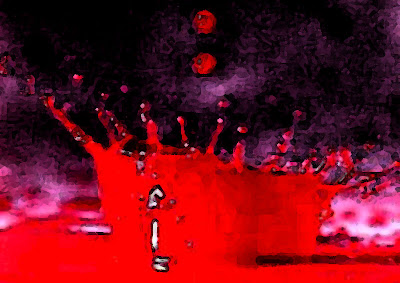 And can you believe those scummy Cons? They hid this report until after the vote was over. Even though it it involves the safety of police officers. Those dastardly police busters.

And can you believe that so many progressives MPs folded like cheap suits or cowards?

By caving in on a Reform Party style free vote...instead of acting like members of a party with PRINCIPLES. What will the next "free vote" be on I wonder... ABORTION?

But what I also found disheartening was the number of progressive bloggers celebrating the death of the Gun Registry. Including some of the best, most decent and progressive ones.

I'm not going to single anybody out, or deal with their arguments. I dealt with most of them last night.

But I would ask ALL of those progressive bloggers why NONE of them bothered to mention that filling out a form could save the life of a police officer?

Does the kinder gentler Canada we are trying to build really include a society full of unlicensed guns? What does progressive really mean? Because I'm confused eh?

And how, since some of them are such strong feminists, could they all have forgotten to mention the women of the Montreal Massacre?

Not just the ones who died or were injured, but all the others who fought the powerful gun lobby for years to bring in the gun registry, and make sure the victims didn't die in vain.

We victims of gun violence want more than tears, white ribbons, and kind words. We want action. The semi-automatic Ruger Mini 14 used at the Polytechnique in Montreal is still sold as an unrestricted hunting rifle. With C-391 we will no longer know who owns these guns or the 7 million other rifles and shotguns in Canada. In most cities there will be more information about who has cats and dogs than who owns firearms.

Doesn't her opinion count? Or the opinions of so many other victims of gun violence. Isn't it worth more than the yapping of gun owners too lazy to fill out some forms...or the teabagger screeching of the Con's rabid Reform base?

You know a month today we will mark the 20th anniversary of the Montreal Massacre. And I can't think of a better way for some progressives to prepare, than reading up on that terrible day.Studying the history of the heroic feminist struggle that followed.

Fighting to FIX the gun registry ...if it needs fixing...rather than letting these ReformCons and their stooges DESTROY it.

Or as I said yesterday, just watching this movie...

Because we need to decide what sort of a gentler, kinder, more civilized society we want to build.

And we really need to REMEMBER... 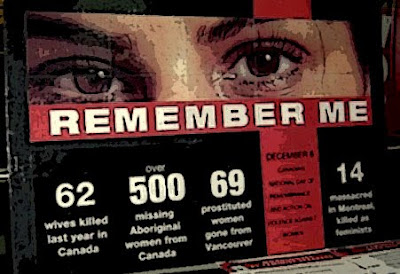