The Con Torture Scandal and the Web of Lies 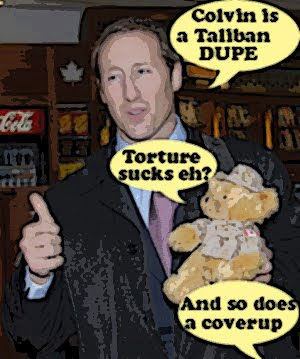 Golly Sherlock. Some things about this Con torture and rape scandal just don't add up. Like why is Peter "Dumbo" MacKay insisting that Richard Colvin is a Taliban dupe?

When he should be thanking him, taking the credit, and blaming it on the Liberals.

I confess to some bafflement at the government’s handling of the Afghan prisoner story: a story that would be more of a crisis if Canadian forces were still handing over captured prisoners to the Afghan government without insisting on adequate safeguards and outside supervision. But everyone agrees, I think, that that is no longer the case.

It was the case in 2006-07, when a previous prisoner transfer agreement was in force, and Richard Colvin was writing all those memos warning his superiors of what he was hearing about conditions in the Afghan jails. And presumably it was the case before then, when the Liberals, who negotiated that earlier agreement, were in power. But the agreement was changed in 2007, by the Tories. So you’d think that would be the Tory story: We fixed the problem.

Because that's what these Cons usually do. Right?

But instead they're trying to defend the indefensible, and desperately trying to prevent a public inquiry. While their foul spin machine tries to destroy the reputation of a decent man.

This temptation is deeply ingrained in the Harper party. It shows itself in the Conservatives' propaganda attack machine, in which opposition leaders' physical mannerisms are mocked and patriotism is impugned.

It is revealed almost daily in the Commons and beyond in the ad hominem partisan attacks on previous Liberal governments. But, most starkly, it appears in the verbal muggings given anyone – even civil servants – who dare get in the way of the government's massive, well-financed and all-pervasive spin machine.

Which makes them look like bullies and torture groupies. It just doesn't make sense.

Which leads me to believe that they have something to HIDE. And that we really need to hear from Margaret Bloodsworth, who was Harper's security adviser at the time. 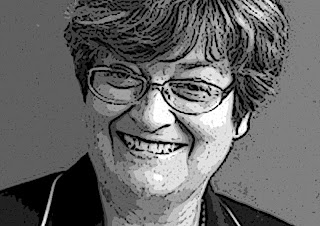 Because honestly Sherlock does she look like the kind of woman who wouldn't tell the Prime Minister that the Governor of Canadahar had a whip under his desk...and a dungeon under his house?

Especially since Harper had recently asked a CBC reporter whether she liked HANDCUFFS. And the motto of the civil service since the Cons arrived is " We aim to please...or ELSE"

Yes Watson, but that's the problem isn't it? A public inquiry would inevitably lead straight into the PMO. And almost certainly expose Stephen Harper as a liar AND a psycho.

A man who knew torture was going on, but like all the other Cons, pretended he didn't. The psycho who would let a Canadian kid be tortured at Guantanamo. The twisted, cruel man who says he likes to see fear in the eyes of his subordinates. 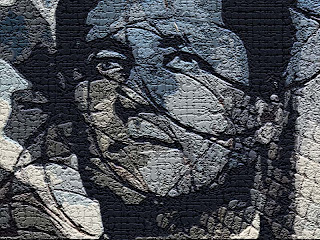 Which is why a judicial inquiry is so important.

If the allegations are true, those accountable for the mission put self-interest ahead of national interest. In protecting themselves they exposed Canadian troops to war crimes risk and local retribution, smeared this country's human rights reputation and made nonsense of the argument that Canada's guiding Afghanistan purpose is to seed values, rights and justice.

Gosh Sherlock....and does that mean the Prime Minister could be revealed to have REPEATEDLY misled Parliament ? Just like his hideous Cons have LIED to Canadians over and over again?

Elementary my dear Watson. You see we may never know how many poor Afghans were tortured and raped. But after it's over we WILL know Stephen Harper.

And I bet you that most decent Canadians won't like what they see. And will wonder what those bestial bullies might do if they ever got a majority

Yes indeed. Pass the opium pipe Watson. I do believe these ugly Cons have been caught in the web of their own lies. 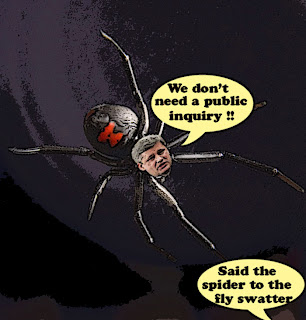 We have them where we want them.

We should create a Canada where these pro-torture freaks are afraid to show their faces.

But the agreement was changed in 2007, by the Tories. So you’d think that would be the Tory story: We fixed the problem.

Raising the obvious possibility that perhaps it wasn't really fixed after all.

We should create a Canada where these pro-torture freaks are afraid to show their faces.

That's MY kind of Canada...

Hi Alison...it's a sign of how desperate the situation is that I am forced to resort to quoting Andrew Coyne. But since he thinks the Cons are guilty of a cover-up I'm willing to throw him at Harper as well as the kitchen sink.
And yes it would be rather hard to claim the problem had been fixed.
When according to the army the problem is still going on...
BTW is it OK to enjoy this Torture Scandal because I'm having a hoot... :)