John Baird Crashes Out Of The Con Leadership Race 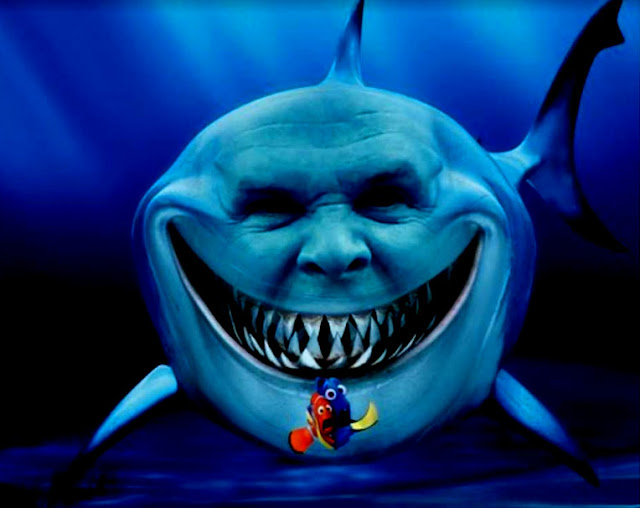 He swam menacingly around the shark tank. He couldn't make up his mind. He knew the Cons were hoping he'd liven up their deadly boring leadership race.

He knew they were desperate.

It is hard to imagine a race more boring than this one... As in any arena, strong competition breeds strong competitors. A field of strong candidates fight more forcefully for their ideas. Their weaknesses get tested. And through the fire of a leadership contest – the hotter the better - you harden them into steel.

But when the time came, he just wasn't ready. 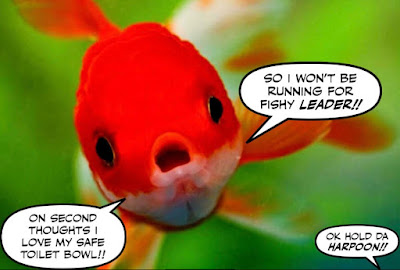 And decided that all things considered the quieter life was better.

Former Conservative cabinet minister John Baird says he will not enter the race to succeed Andrew Scheer as leader of the Conservative Party.

We may never know why Baird decided not run for the Con leadership.

Maybe it was Mike who spooked him...

I don't have much more to say.

I'm not going take joy in this or celebrate. It's a serious issue we talked about, and leave it at that.

Encourage people to be aware and consider their responsibilities, even if you just know about it or witness abuses. Too many people do nothing
— Mike Gibbs🏳️‍🌈 (@Mikeggibbs) February 13, 2020


Or maybe something else from his past came back to haunt him... 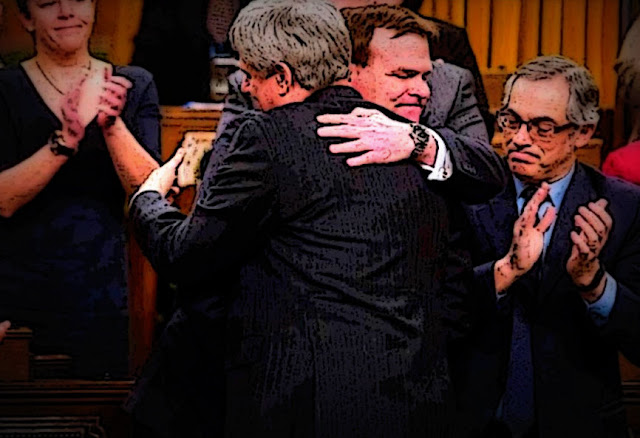 Like his sordid relationship with Stephen Harper who he serviced so faithfully for so many years.

But it doesn't really matter. Even if Baird had decided to run, we had enough dirt on him to bury him alive. As we will bury all the others.

And the main thing is the Con leadership race is still as boring as ever.

The Cons still have NOTHING.

And we are still going to DESTROY them...

Now it's on to throwing a spanner in Launchpad MacKay's propellers.

"We may never know why Baird decided not run for the Con leadership."

But we have a pretty good idea, Simon. I'm guessing Baird's closet has more skeletons in it(himself included) than the Smithsonian and by staying under the radar, he's hoping they remain where they are. Why else would he not run? Let's not forget that as a Con, his actions are dictated by what's best for him. Not the country, not the people, just him. That is the self serving modus operandi of the Con party. "Ask not what you can do for your country, ask what your country can do for you."
JD

Hi Jackie....Yes, that's the spirit. First we chased off Ambrose, Poilievre, Charest, and Baird. Now all we have to do is sink O'Toole, and damage Dumbo MacKay so much he'll never fly again, unless he hijacks a helicopter. I'm looking forward to the challenge...

Hi Steve...lI hope you appreciate the last photo in this post. Leitch, Harper, Baird, Clement. Have you ever seen such a line up of losers? Now all we need is old Vic Toews to give up his judge's job, and run for the Con leadership. That's when we'll know that the Cons are done....

Hi JD....I was just trying to be diplomatic. But you're right we probably have a very good idea. The minnows he used to feed on may have turned out to have sharper teeth than he imagined. Although to be fair his friendly relations with the monstrous Saudis may have also come back to haunt him....

Remember, Simon. Dumbo and 'Toolio still have 2 weeks to pull the plug on their campaigns. Dumbo could blunder his way out of the race and 'Toolio's chances of winning are as likely as him growing a full head of hair. I wonder if the 300k is refundable?
JD

Baird would probably prefer that his warm, robust relationship with Chinese interests be left in an unexamined state.

It appears that anyone who could have gotten my interest, backed down! What does this tell me.......smart people!!!!!

Hi John....Baird works for Barrick so goodness knows what exploitative businesses he's involved in. The shocking part is how many Cons and members of the Con media were enthusiastically promoting his candidacy. How low have they fallen?

Hi Marmalade....it's incredible how many candidates dropped out, but it does tell you what an ugly party the Cons have become. Let's hope more Canadians understand that and are never fooled by them again....

Hi JD....What you say is true, but Dumbo has already paid his entry deposit while Toolio has not, that's why he is looking and sounding so desperate. I think he's made a big mistake, because I very much doubt the Con base will recognize him as one of their own. But we'll soon see if he has the support and the money to continue....

If the Con leadership was a show their supporters would be demanding refunds. What a tacky show, what an epic bust. You said the Cons were dying Simon and you were so right.