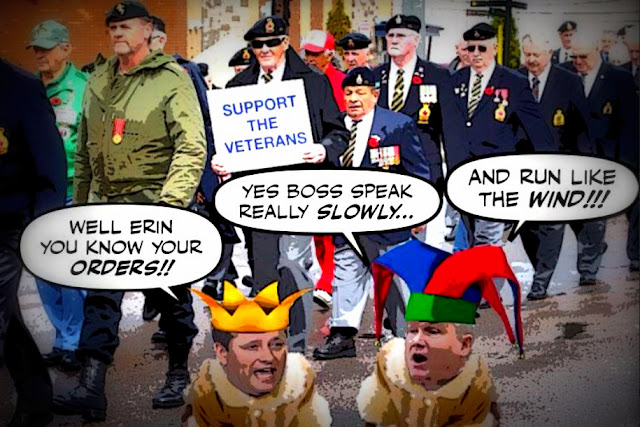 I never really noticed Erin O'Toole until he replaced Julian Fantino at Veteran Affairs, talked up a storm, only to find himself running for his life.

And then of course there was the time, when he suggested he was a Top Gun, only to be shot down and revealed to be a helicopter navigator.

But you get the idea. Tool likes to talk tough, even if he can't deliver.

So this is no surprise. 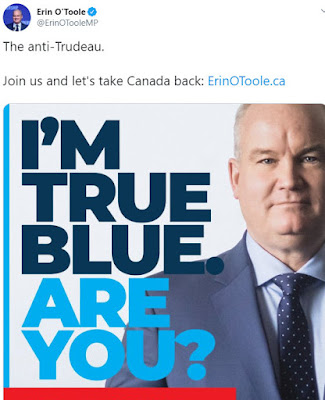 And the one  who can destroy Justin Trudeau.

And in case anyone doesn't believe he's really really tough, he followed that one up with this one today: 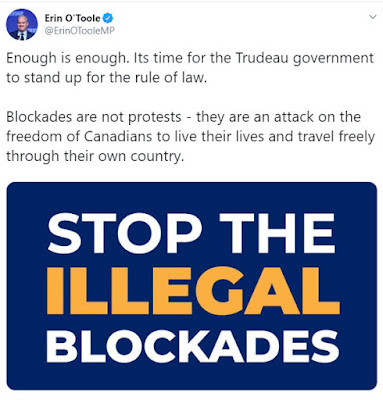 As he goes in search of angry old white people i.e. the Con base.

But sadly for the old Harper tool, the latest polls are not encouraging...

Even Michelle Rempel, who isn't running, is more popular than he is. And most people found the choices so ghastly they couldn't be bothered to fill out the questionnaire.

So now poor O'Toole is bluer than ever... 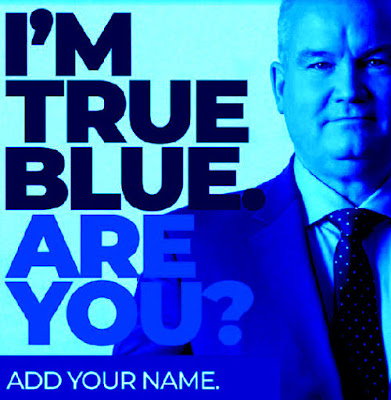 And all I can say is, I don't know why the Cons can only dredge up those Harper losers, but I do know why it happened.

The SS Harper was shipwrecked.

And the Cons were never able to recover... 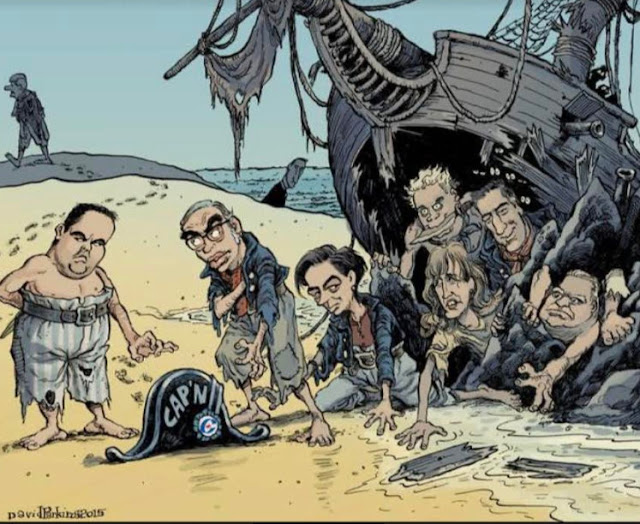 Meanwhile, Tony Gazebo was on the Ceeb floating Dirty Baird's hypothetical campaign. Perverts and morons and tools, oh my! This party is so absolutely useless I wouldn't be surprised if Harper did actually attempt a comeback at some point. Nobody wants Jeff's pet leprechaun in the PMO. Just fold up the blue circus tent and go away already. What a joke.

That last cartoon is a classic. I had forgotten how many Cons had lusted for Harper's job, only to go down like bowling pins. You can feel change a coming and it's all Liberal!

When I look at that cartoon I remember how much Jason Kenney wanted to be prime minister, and how we managed to convince him that only in a place like Alberta could he aspire to higher office. I bet he wishes he had stayed around, now that the Cons are willing to accept even a closet queen like Baird.

progressives have won every fight so far,some took a thousand years, some took hundreds, some took a generation and some took a decade,yeah yeah once in a while a fear mongering moron comes along and slows things down for a while (see Trump,Harper,Kenney,Ford, organised religion, capitalism)
but we win them all eventually because common sense will and does always prevail. Keep up the fight people, you just can't expect all results to occur within our relatively short life time. It feels good to be on the winning team though, am I right....peace, love and patience