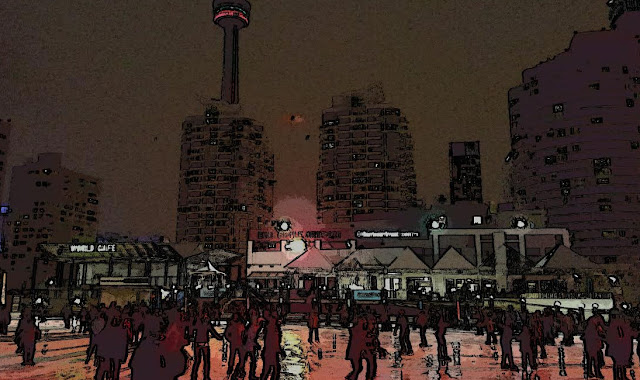 As you know I have been having a bit of trouble getting into the spirit of the season.

It has been dark and gloomy and foggy where I live, and so warm the skates stick to the ice, and it's hard to believe it's winter in Canada.

And what with being forced to go shopping, which I hate. And what with the crazed Cons spewing bile and death threats all over the internet, it was threatening to turn into a bit of a nightmare.

Until I decided to read what I wrote at the same time last year, and came across the REAL nightmare before Christmas... 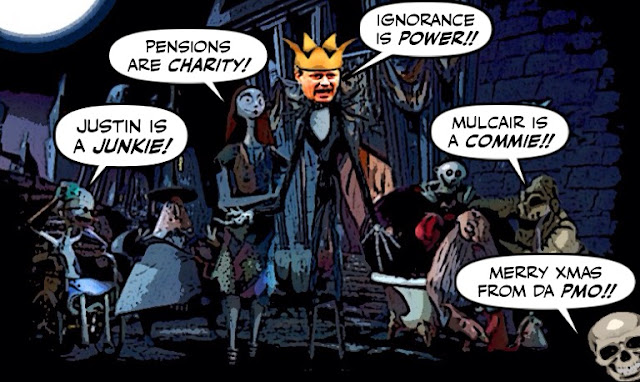 For a year ago the Cons were celebrating a horrifying new poll.

The governing Conservative Party has taken a slim lead over the Liberals, according to a new poll that also found a “sizeable” improvement in public sentiment toward Prime Minister Stephen Harper.

Justin Trudeau's magical powers seemed to be fading. Canadians were warming up to Stephen Harper.

And he was appearing in the Con buffoon Paul Calandra's YouTube production of the Night Before Christmas.

And although Calandra finally realized the whole country was laughing at him, not with him, and took the video down. 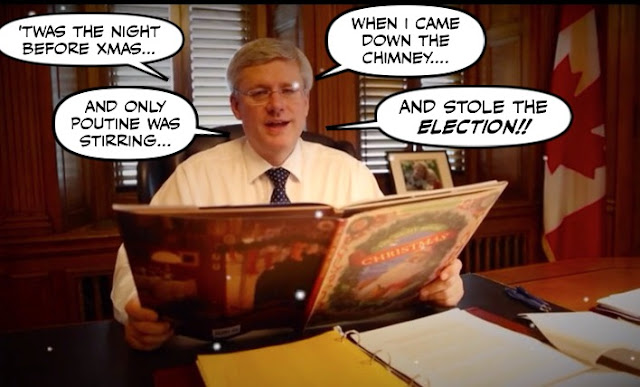 Was also deeply disturbing. And cast a real pall over my holiday celebrations.

So isn't it great to see what a difference a year makes?

Justin Trudeau came back to haunt Stephen Harper like the Ghost of Christmas Future... 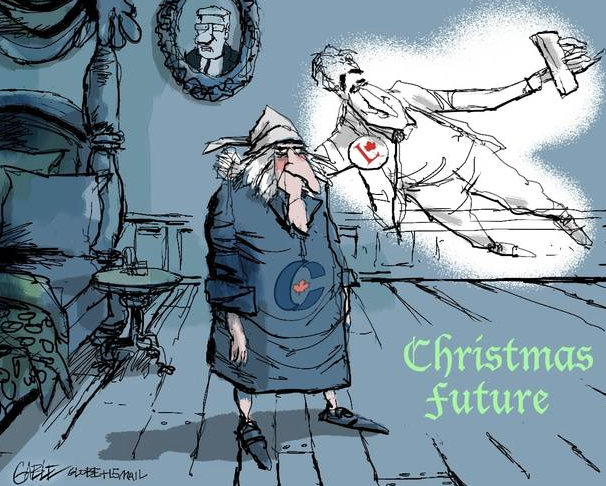 And drive him from power.

So while last year at this time, the country seemed paralyzed in the grip of the old tyrant and his corrupt regime. Hope struggled to stay alive.

And the future looked ominous... 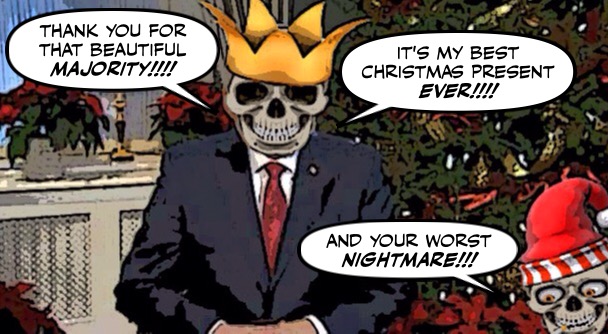 Now hope is suddenly in the air, and Justin Trudeau is setting such a rapid pace for change, poor old Richard Gwyn can't keep up and is begging for a break.

For roughly the next fortnight, Prime Minister Justin Trudeau will have nothing more strenuous to do than to enjoy himself with his family and to utter the occasional seasonal pleasantry. He’s more than earned this time off. Put plainly, he needs a break.

For six weeks now, Trudeau has been going like a bat out of hell, or, more directly, like a politician convinced he should, and can, transform the country, and even to some extent the world itself.

But while Gwyn seems to find all that change vaguely threatening, and maybe Trudeau should slow down a bit... 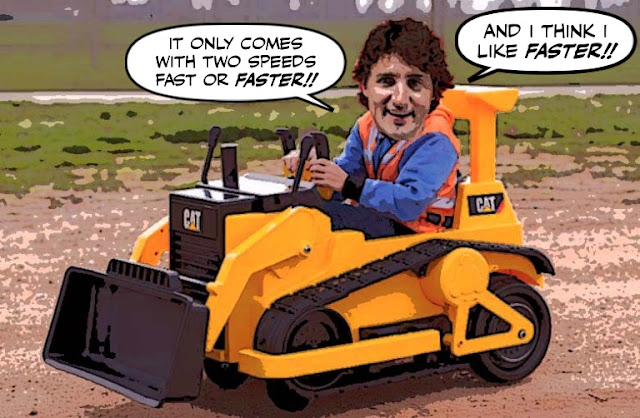 What Gwyn doesn't seem to understand is that change on this scale is usually the sign of generational change.

Trudeau’s phrase “real change” is inadequate. Only in the years after the Second World War when Canadians embraced for the first time the welfare state has the country been challenged by so radical a political and cultural program.

And that kind of change can be slowed, but it cannot be stopped. 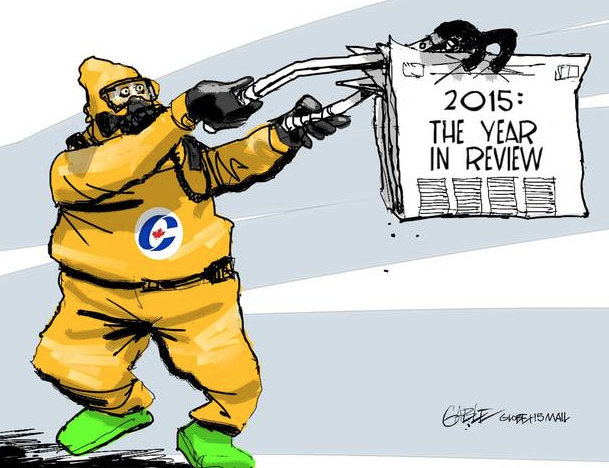 One year after the Con Nightmare Before Christmas, we've never had a better reason to celebrate the holiday season... 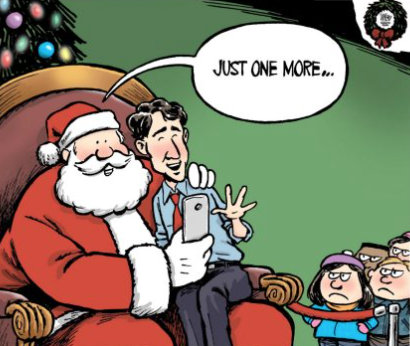 With a very different Prime Minister.

And yes even in my concrete neighbourhood, it's starting to look a lot like Christmas... 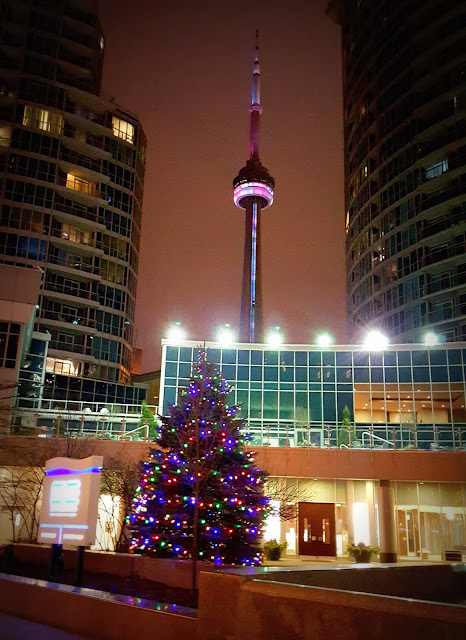 And I'm at peace at last.

Merry Christmas and happy holidays everyone !!!

For after the year we've been through, the season couldn't be merrier.

And the turkey will never look better.... 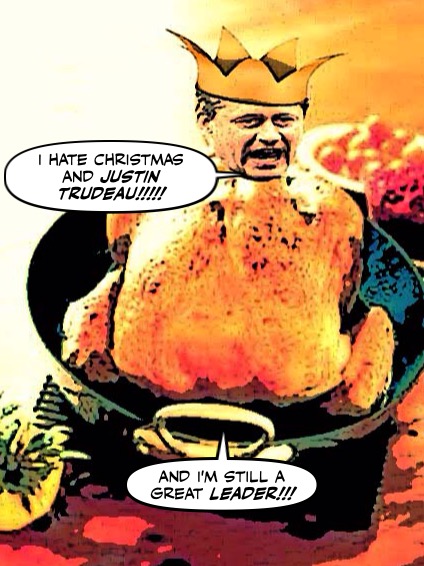