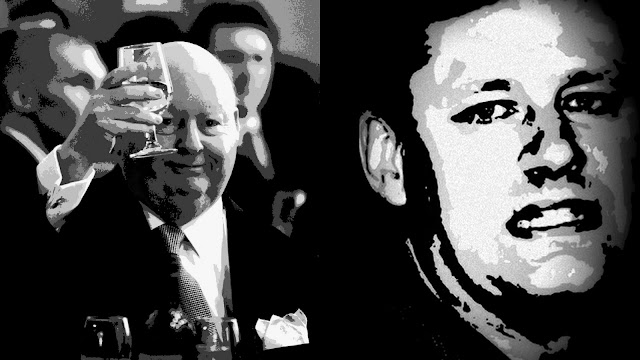 Well the big day finally arrived. Mike Duffy finally got the chance to take the stand and tell his side of the story.

And although it would have been better before the election than after it. And we didn't really need to know that Duffy now needs regular injections in his eyeballs. He didn't disappoint me.

For not only did he claim that making him a Senator from P.E.I. was all Harper's idea. 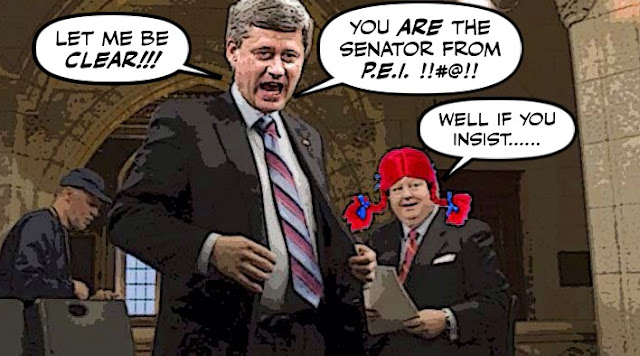 And that he just wouldn't take no for an answer.

Mike Duffy, testifying for the first time at his criminal trial, said former prime minister Stephen Harper ignored his concerns about being appointed a senator for P.E.I. and insisted that if he were to join the Senate, he must represent that province.

He accused Harper of not always telling the "whole truth."

Duffy said they also discussed the recent appointment of the new CBC president, Hubert Lacroix. Duffy said he asked Harper, "What's the story on him?" He said Harper said he didn't really know and that the "boys in Montreal say he's a good businessman."

"And that's when I knew Stephen Harper didn't always tell the whole truth," Duffy said. He said that Harper's claim that he didn't know any details about the person running such an important news service "didn't ring true to me."

And who can blame Ol' Duff for feeling that way?

For it is hard to believe that Harper didn't know about Hubert Lacroix's background, as the head of Telemedia, a Canadian media company that ended up being dismembered like a pig in a slaughterhouse... 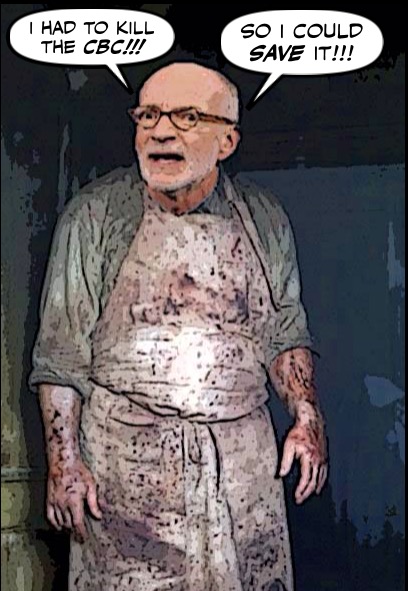 Hard to believe that he didn't think Lacroix was the right man for the job at the Conservative Broadcasting Corporation.

Where he has presided over one round of cuts after the other, and the last time I checked was busy preparing a fire sale of CBC buildings.

On the same day Liberal Leader Justin Trudeau pledged to reverse $115 million worth of cuts to the CBC, the national broadcaster unveiled its plan to sell off all of its buildings.

Which as Ian Morrison points out, is like selling the furniture to heat the house, and should not have been brought up in the middle of an election campaign.

Not only will this saddle the CBC with the need to pay rent forever, Morrison added, but the timing couldn’t be worse. “This is a period of time when a government only makes caretaker decisions,” Morrison said. “It is widely understood during a general election you don’t do controversial things.”

But was brought up, because Harper clearly wanted to make sure Justin Trudeau wouldn't be able to save the CBC.

From the damage he has done to it... 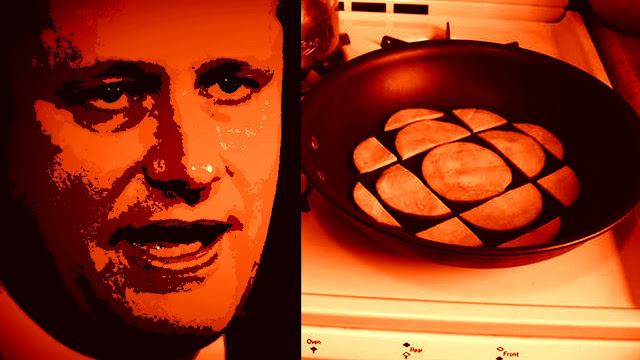 Just like he tried to tie Trudeau's hands, or cripple his government, with this barrage of last-minute patronage appointments.

And for reminding us of that, and that ALL those Con appointees should be fired if they don't agree to resign, we all owe Mike Duffy a debt of gratitude.

And I for one can't wait to see what he has to say today about Nigel Wright, that $90,000 cheque, and Stephen Harper's good to go message... 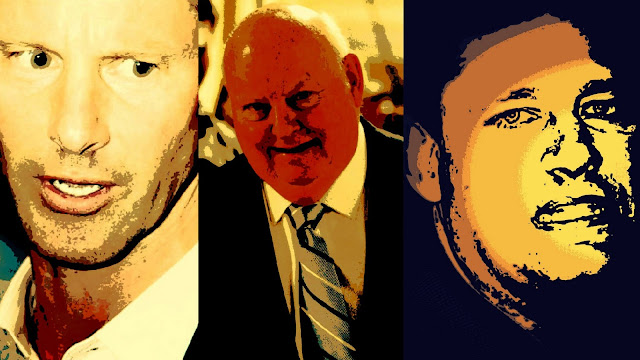 You know, most of the hapless stooges in the Con media don't believe that the Duffy trial influenced the result of the election.

But I think they're wrong.

I think it helped demolish Stephen Harper's credibility beyond recognition.

And it did help destroy him... 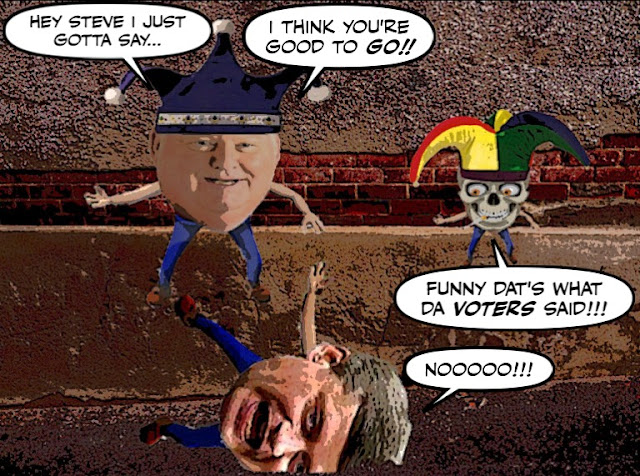 It shouldn't be any surprise that Hubert Lacroix was a big-time Con donor. The Elections Canada website shows he ponied up to the max. As the saying goes, "Follow the money."

This might be the only decent thing the Puffster (Old Frank Magazine Name) will ever do in his existence.

Harper can't be trusted..Hmmmm! Hardly breaking news from Duffy...One could easily say the same about Duffy, CBC & MSM in general..

Define CON: against or an act of deception. The short form for a Canadian political party.

The one word says it all. It's time we ALL understood the proper meaning from anyone who calls themselves a CONservative.

You're a bit out of date. CBC sold both its Halifax properties, one that housed radio and the other TV, and now runs both out of shared leased offices. The sound of vehicles in the mall parking lot below is an ever present rumble underlying broadcasts.

Thanks so much, Hubert for your far-seeing approach. Now get lost.

As for the ol' Duff the ex-extra lovable ReformaCon alpha attack hog, we now get to commiserate with him as he movingly describes a life no better than that of a Somalian refugee. Wet hankies are everywhere, as he describes in downhome style how he was duped into expensing three meals a day while in Ottawa, just to keep up the fiction he was living in PEI. Gosh, he was in no way culpable as flew around the country over and over again to spit venom at the 70% of Canadians who can actually reason, while overindulging in mountains of horsey doovers and stiff drinks from the Never Ending Fountain of ReformaCon Mercy. Good job there, Duff. What a splendid example of a great Canadian you were, mind in overdrive on the one front, out of gear whenever trivial thoughts of ethics arose.

Tell me now, where's that other one, the hankerchief wielding excuse of an intellectual failure, Pamela Wallin, closet Victorian schoolmarm, who managed to run up $154,000 in administrative errors, er, fake expenses? Back in the Senate drawing a salary after coughing up the administrative errors but otherwise not apologizing for her lapses of character. It takes a real genius to run up $154,000 in admin errors, $50 average at a time. Genius is what Harper got, and these two sad unethical humans performed exactly as he wanted, until even he got fed up with the constant petty thievery on top of a big paying "job". Lacroix by comparison is just your standard Reformacon dolt, taking society apart one pen stroke at a time while looking vaguely bookish and unthreatening,

While reading an article about the neoliberal onslaught in Ireland recently, there was a old Irish definition for a " tory"or better known in Canada as a conservative,it meant a " horse thief", and we all know what the punishment was for that no long ago-- a stretched neck,