The Excellent Humiliation of the Con Clown Pierre Poilievre 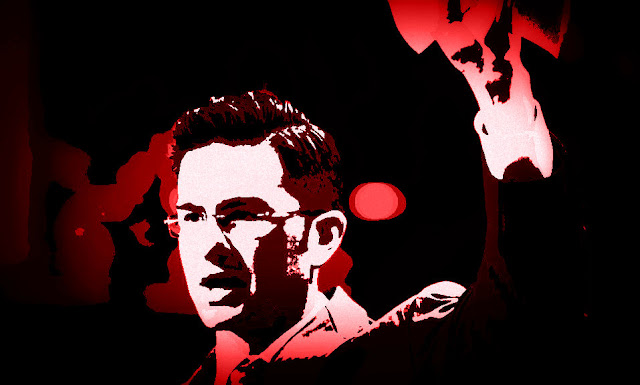 Once upon a time Pierre Poilievre was one of the loudest and craziest members of the Con regime. A political thug if ever there was one.

But we haven't heard a peep out of him since he won his fifth term by less than 2,000 votes.

However today the Commons was choosing a new Speaker and he couldn't help himself.

Even though the joke was lame, and only reminded us that his humiliation couldn't be greater. 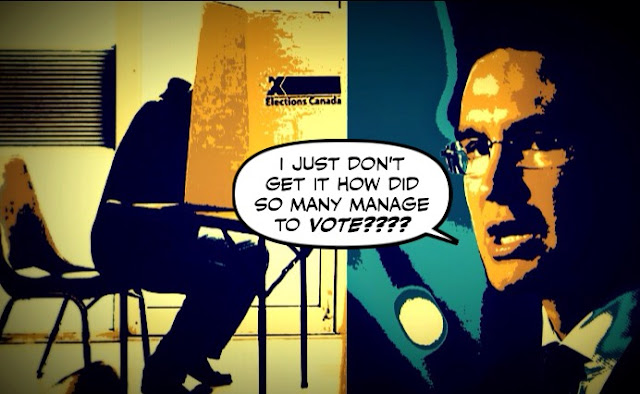 For the voter suppression scheme he championed so virulently is about to be totally demolished.

The new Liberal government wants more Canadians to vote in elections and won't be reviving measures proposed by the former Conservative regime that critics said would have the effect of suppressing voting, the Prime Minister's Office said Wednesday.

Canadians who live and work abroad will get their vote back.

And Poilievre's Orwellian so called Fair Elections Act will be following it into the dumper.

Trudeau has previously promised to repeal parts of the Tories' Fair Elections Act, which tightened identification requirements for voters in Canada but which critics said would make it more difficult for some people to cast ballots.

After having failed so miserably... 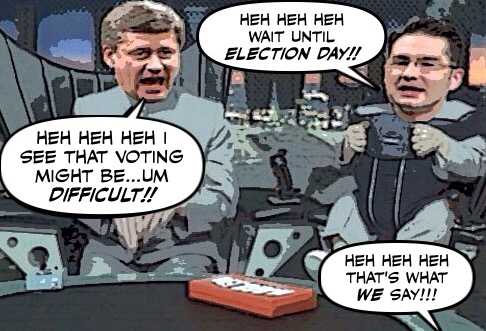 And to make his humiliation complete so will Poilievre's career.

For where once his high profile position allowed him to suckle Stephen Harper... 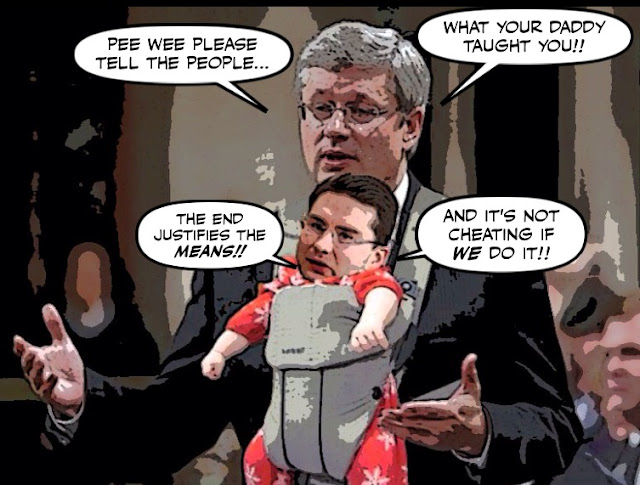 And try to buy votes with OUR money... 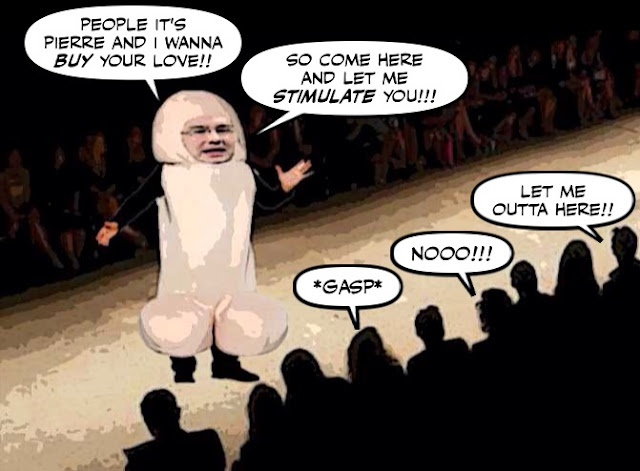 Now he must stimulate himself, for he is only the shadow critic for the Treasury Board.

Which means that he'll be lucky to get a chance to speak once a month.

And of course once we reform the electoral system the Cons will be suppressed,  and will never get anywhere near power again.

How low the mighty have fallen.

Please give Pee Wee a big one handed round of applause.

As he peddles off to oblivion... 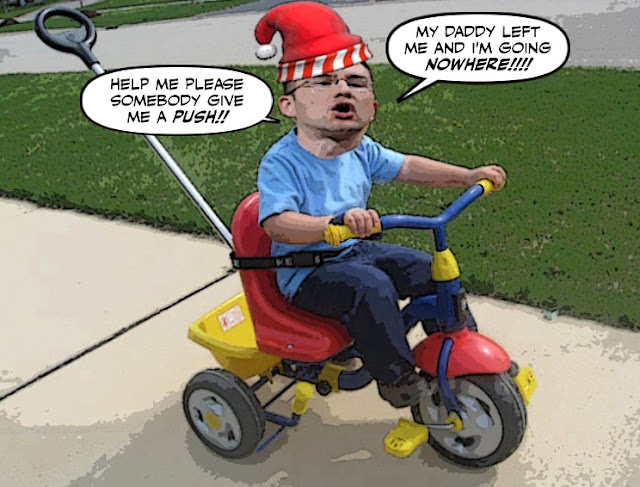 As amusing as I found this, keep in mind he is young enough he could end up being one of the "wise old statesmen" of his party over the next few decades. While I would love to believe this is his curtain call, given how insane the modern conservative movement has become, it is going to take a fair amount of convincing evidence that they really have expelled the crazy from their systems before I will believe it.

BTW, how dare you do that to every healthy and sane gay/bi male and straight/bi female that reads your blog! That image of Poillevre the Peter made me cringe, and if it shows up in my personal X rated dreams I *WILL* have to hurt you, you know!

Oh they are nowhere near to having expelled the crazy from their party. They are in deep denial they did anything wrong at all. It's going to be fun to watch them dig deeper holes for themselves by the minute.

Much to my amazement, Stevie showed up in the Commons today for the election of the Speaker. This the Post's take on it: note the "warmly greeted by MPs of all parties" schtick.

Looks like your work is not yet done, Montreal Simon. The Cons are still at it.

Hello, Simon. Icing on your cake. I'm informed by my reliable Tory sources that Petie is back among the ranks of the opposition benches only because of a certain redistricting that allowed him to flee his old riding, where his fortunes were disastrous, for a more rural (redneck) riding where he could squeak through to return.

Pierre Poi LIE vre's former master did manage to show up for the Speaker of the House vote, then quickly left, not bothering to stick around to hear the congratulatory remarks from Trudeau and the other party leaders. Disgusting.

Well it may just keep him out of court so turning up makes sense. The faster he can take his seat the faster immunity kicks in, I believe.

The greetings from other parties seems just good manners.