Idle No More and the Ugly Canadians 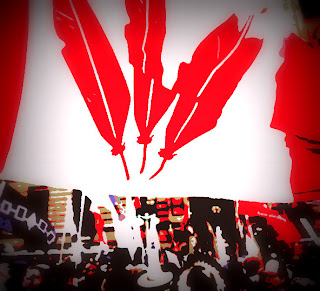 One of the many things the Idle No More movement has done is force many Canadians to stare at the face of the real Canada.

And in the process take a good look at themselves.

But what I can't help but wonder is now that they have, do they like what they see?

Because I don't, I'm horrified.

For while the Idle No More movement has brought out the best in many Canadians, it has also brought out the worst in others. The ugly Canadians who emerged from their holes like cockroaches, to spew bigotry in every direction.

And those in the MSM who aided and abetted them, by going after a humble chief and her impoverished people like a pack of giddy hyenas, and were more outraged about a bit of red paint splashed on a statue of Sir John A. Macdonald. 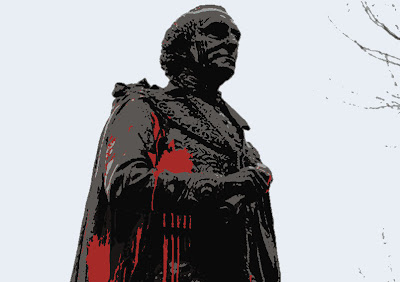 The problem in his day, Macdonald said, was that his government had been “overindulgent” with Indians.

“But what can we do? We cannot as Christians, and as men with hearts in our bosoms — allow the vagabond Indian to die before us. Some of these Indians — and it is a peculiarity of their nature — will hang around the station and will actually allow themselves to die, in the hope that just before the breath leaves their body they will receive some assistance from the public stores.”

Than they are about the plight of our First Nations.

And for that and other crimes against journalism and decency, they now owe us an apology.

The unabashed complicity of the mainstream media in carrying out this hatchet job for the Harper government and unleashing a torrent of racism should be the subject of professional examination and deep personal shame for those involved.

But don't hold your breath eh? For today they were carrying on as if nothing had happened. Tweeting happily about themselves, or other silly things.

Or writing puff pieces about the hatemongering nerd Ezra Levant.

Can you believe that eh? Persecuting a humble native chief, but fluffing a bigot. Has the MSM lost its moral compass or what? What has Stephen Harper done to Canada?

And who are those ugly Canadians who would crawl through their own excrement and lead us to destruction?

Oh well, I think I better end on a happier note. And it's this one... 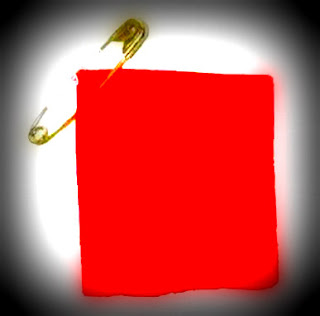 You know how I have been profoundly influenced by the ideals and the success of the Quebec student movement.

And how that red square is our symbol.

Well now we have another version to show our support for another great struggle... 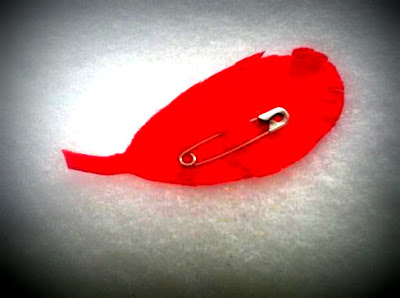 From Quebec with love.

The media will be shamed.The bigots will be beaten. The Con regime will be destroyed.

Are you ready for another Great Day of Protest?

Rock this country to its rotten foundations.

Shine a light into the darkness...

I am now one of Andrew Coyne's missing women!
A few days ago I interjected a tweet fest with him and @romeoinottawa
They were having their joke about journalists being criticized and getting escorted away from reporting up north and at Vic Island
My interjection was: Jeeez,Andrew,grow up!
He immediately replied: Stop following me immediately you colossal busybody
Next tweet: Hear, I'll do it for you
So now when he has a twitter converse with anyone I am not authorized to see it.
my tweet: I am now one of @acoyne's missing women"
He had smirked about accusations of cultural insensitivity
Romeo St Martin continues to jest, some are kinda funny but others are as crass as Levant's
What's been great for me is having all the new people,to follow,FN ofcourse

ps.sorry to hear u got the flu

Great comments. We should be ashamed!

Simon, I think there is a point that isn't being spoken yet, so I will. A huge chunk of the support for harper and his ilk comes from the newcomers in Canada. I don't make this statement to sound like another con asshole. In my job, I meet different people all the time and surprisingly, they tend to be more supportive of the con regime than many of the caucasian Canucks I meet. The reason being, many of their cultures are really much more oppressive than here so they have a built in fear factor of dissenting against a real or perceived wrong and also keeping their heads down won't get them deported. If the only real "news" they get is the msm shit that passes for news, how could they not be on the side of harper, baird, mcguilty, etc? Between unbridled ignorance and inherent fear of authority (see rendition and out of country detention and enhanced interrogation techniques), how could there be any other result? This statement isn't to unjustly place blame on that segment of our society. It is a comparison stating that relative to what they used to experience, this, for all of its rotten problems, is still more like heaven than they've ever been exposed to, so a bit of prejudice or bigotry not aimed at them anymore is infinitely preferable to what used to be an everyday part of their own lives, provided it isn't aimed at them. That's not saying that there isn't a bumper crop of old, white fat guys and gals out there spewing vitriol by the imperial gallon, either. What I am saying is that if people, et al, in Canada would actually look beyond the ends of their noses at the real problems, that idiot harper and his traveling malefic medicine show would be kicked to the curb so fast, they would leave skid marks. Ignorance is bliss, hence Canada now having some of the best "news" outlets in the western hemisphere that money can buy. See "follow the money"; the mushroom treatment (keep 'em in the dark and feed 'em bullshit), etc. I'm thinking that your boy Mulcair better grow a lot bigger pair than he's been showing so far if he wants to compete with stevie slime in the next election, if harper doesn't have himself declared emperor first by the "royal" g.g. or if he doesn't indefinitely prorogue parliament again to cancel the elections altogether. But, hey! Still better than New Zealand, ay? Oh wait; maybe not. Cheers!

hi Oemissions... I would consider it an honour to be unfollowed by Andrew Coyne, because the man is a reactionary asshole. Whenever any popular movement arises he is the first to jump on its back. I have no idea why so many progressives even bother to interact with him. I used to follow him but not anymore...

hi double nickel...absolutely. I was always going to support the First Nations cause, but the bigotry I've seen makes me even more determined to fight even harder...

hi Ron....yes we should be ashamed shouldn't we? I still believe that most decent Canadians support the cause of the First Nations. But boy are those ugly bigots so crazy and so loud...

hi anonymous...that's an interesting point you raise. And it doesn't make you anti-immigrant either. We need to discuss these problems honestly and openly. And I wouldn't be surprised if some New Canadians aren't supportive, because they don't really know enough yet about the tragic situation on our reserves. It's unfortunate, but I'm happy to report that all the young new Canadians I know are firmly on our side. So the future belongs to us...

hi Beijing...I'm glad you liked the video, I thought it was so awesome I must have watched it a dozen times. I've taken my camera out of storage, and I'll be making my own video soon. It won't be as good as that one, but it's the thought that counts...

If the spoiled "native" brats don't get what they want and decide to block a road/ railroad track or bridge the police should do as they would for a normal Canadian and arrest them and throw them in jail. If I block the road into one of the Native Casinos I'd be hauled off by the police and thrown into jail very quickly.

I couldnt agree more. I was born & raised in Canada & am sick of us having to hand out tax dollars to the "aboriginals". Before they settled Canada they likely displaced other people who pre-dated them. There were countless wars between each native group before the europeans arrived. The Haida enslaved many groups on the west coast as an example. This nonsense has to stop sometime.