Kathleen Wynne and the Gay Kids 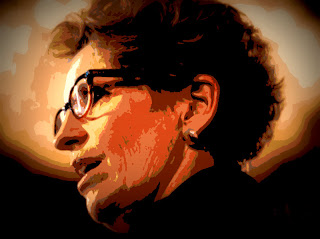 I haven't written about Kathleen Wynne becoming Ontario's first woman and lesbian Premier, for a couple of reasons.

One, I hate writing the words "openly gay." You're either gay or you're not.

And two because at this point in the 21st Century I didn't think it should be a big deal.

But sadly I was wrong. For the flood of articles and blog posts claiming it doesn't matter, clearly show it does.

And although gay people have come a long way, they have come from a very bad place.

Globe and Mail columnist Orland French wrote: “It is a scene to ponder, should the NDP come to power. There, in the sunshine of Stanley Park, smack in the heart of righteous B.C., traipses Justice Minister Svend Robinson, hand in hand with his male lover. The totem poles would droop in embarrassment. Is Canada ready for this? He is flaunting his sexuality in a crusade to promote gay rights, and that’s the unsettling nature of his disclosure. If the NDP isn’t cringing, it ought to be.”

And the twenty five years that have elapsed since those ugly words were written in Canada's national newspaper, haven't been enough to erase the prejudice. It still exists. There is still a glass ceiling for many LGBT people at work. Too many people are still obsessed with their love lives.

And of course then there are the kids.

"It is important to me that young people and people who are frightened see the possibilities," she said. "And if I can help people to be less frightened, then that's a wonderful, wonderful thing."

For they still need all the positive role models they can get.

“Her and her partner/wife being out in the public, I think, will encourage more young women who are labelled as LGBT … to step out and take on leadership roles, in whatever capacity that they are in.”

One day I hope it really won't matter, and gay people will simply be treated as human.

But that day hasn't arrived yet.

Too many young people are still being bullied to death.

And when you fight like I do to help keep gay kids alive, some things really do matter.

And every small victory counts...

If ministers Baird and Kenney and perhaps others in the federal playpen would acknowledge their homosexuality as openly and proudly as Katherine Wynne has done, the gay community would be better served and understood.

I can only surmise they remain closeted for fear of losing support from their base (and I do mean base) supporters in the largely right wing religiously homophobic sector, which sends an entirely wrong message to all concerned.

Yeah. Pathbreakers are big deals. I know what you mean, but it was a big deal to elect a black man as president of the USA (though he was as much a public relations brand as a genuine politician) and it was a big deal that a woman (a hypocritical corporate imperialist) was his main rival for the party's nomination.

It's too bad she had to come after Dalton McGuinty dragged the party into harper-style anti-democratic behaviour though.

Ah well, it's still something to celebrate, if only in a small way.

I had a gay couple that lived next door to me. They were the nicest guy's, very kind and generous to this old lady. I adored them both.

People need to open their eyes and their hearts. Being gay or lesbian does not mean, they are bad people. Most of them are wonderful people. I met many of those guys friends. I liked every one of them. I am sad for those who, have to be hurt by others ignorance and cruelty. Their hate speech is no different than, Goebbels propaganda machine and, his hate speech towards the Jewish people.

I tolerated no insults from my other neighbors, towards my gay friends next door. They were far the better friends to me, at that.

'She's a lesbian! Horrors!" (Con Knuckledraggers) About 50,000 pediatricians not that long ago signed a long term study indicating children raised by gay or lesbian couples grew up just as well as kids raised by heterosexuals. Of course any study that shows conservatives to be either bigots or wrong doesn’t count. After all, doctors, lawyers, teachers and college professors are all stupid elitists who have not one tattoo, tongue stud or Buck knife among them.

hi Ron....you're absolutely right, if more political leaders came out if would be better for the gay community, and I like to think better for everybody. Unfortunately some are constrained by religious bigotry like those in the Conservative party. And others are held back because they came of age at a time when bigotry was so rampant even the Globe could print a story as foul as the one I mentioned in my post. I try not to be too harsh on people who choose to live in the closet, even though it frustrates me, because I don't like to hurt anyone. But the good news is that younger Canadians don't have to face what they did, and another generation should take care of the problem...

hi thwap...you're right that just being the first black or woman or gay person isn't enough. And just mentioning the word Thatcher is enough to make me want to scream. ;)
But when it comes to kids, sometimes the details aren't important.
A little girl could have seen Thatcher and said if she can become PM so can I. I've seen how Obama's victory filled young blacks with pride. Wynne's victory will no doubt inspire many young lesbians. And I'm still waiting for an NHL player to come out, so I can use him to inspire some of the younger gay people I know.
I'm afraid that Alexander the Great and Leonardo da Vinci don't quite make the grade... ;)

hi anonymous... I honestly can't understand why so many people can be motivated to have such a ferocious hate for such a relatively small group of people who have done them no harm. I blame religion of course, but I've stopped asking myself why. If they are bigots of any kind, I just fight them anyway I can...

hi wazz...there is no logic to blind hate. For example arguing that gay marriage will undermine the institution of marriage, when in fact it only strengthens it. But as I just told anonymous, I don't ask why they are bigots, I just stand with their victims, and keep on fighting for that better world...

With a 50% divorce rate among marrying heterosexuals, nothing 'undermines' the institution of marriage more than THAT. But the right wing Cons, many of who actually believe in floating ghosts in the clouds and mindless superstition, including one page of an old book written by people who thought the earth was flat and stars were floating lanterns in the sky, continue to push the bilge that gay marriage 'threatens' their sacred 50% divorce rate. Is it bigotry? Abject stupidity? A combination of both? They do go hand in hand with each other, after all.