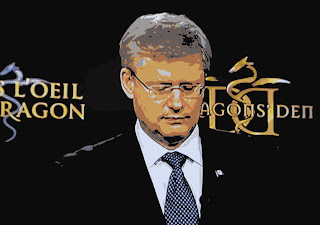 It was a bizarre sight. Stephen Harper standing in front of a giant poster for Dragon's Den, appearing to be deep in prayer.

Although he was only at a newser in Montreal, trying to figure out what to say, after being asked an embarrassing question:

Why is your government promoting Christian values?

A study published in the Canadian Journal of Development Studies says federal funding for religious aid groups, including Christian ones, is up 42% between 2005 and 2010, while secular aid groups saw their funding stagnate.

Because it wasn't an easy question eh? Not after he so recently assured Canadians that he's not the kind of leader to impose his religious views on anyone.

“I guess like most religious people, I pray regularly and ask for strength and wisdom,” said the prime minister. “You know, at the same time, as a political leader in a multi-faith country, I try to be very careful not to look like I’m trying to impose my particular theological views on our country.”

So what did he say today? That the money was awarded strictly on merit. Which is exactly what CIDA told Agnès Gruda, who broke the story in today's La Presse.

The lion's share of this increase went to a dozen NGOs in Western Canada, which received $ 50 million in 2010, against 29 million five years earlier - an increase of 72%.

Examples? The humanitarian organization Africa Community Technical Services received $ 655,000 from CIDA in 2010, almost three times more than in 2005. On its website, the B.C. based NGO says it carries out its mission "under the authority of scripture" and "seeking in all we do to glorify our Lord Jesus Christ." 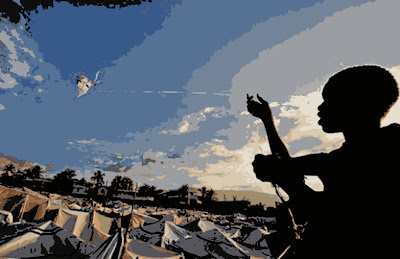 Either because Fantino believes Haitians are too lazy or too dirty.

Fantino also compared Haiti's terrible state with much-better conditions in the neighbouring Dominican Republic. He remarked about the filth and garbage he saw during his recent visit to Haiti. He wondered how a country with so many unemployed people had not found a way to clean it up.

Or because there isn't enough money to help desperately poor Haitians. But there is plenty of dough to fund joint projects with Israel.

Canada and Israel took another step forward to strengthen bilateral relations by signing an agreement to jointly foster economic and social development in the developing world.

Carmon was unable to say how many more projects Canada and Israel will work on in the future. “But the sky is the limit,” he said.

And the sad truth is that Harper and his right-wing teabaggers have turned CIDA into the Con International Development Agency.

They don't care about Haiti because most Haitian Canadians live in Montreal and vote for anyone but the Conservatives. Increasing the Con share of the Jewish vote and the Ukrainian one seems far more promising.

And Great Faith Leader can't do enough to pleasure his rabid religious base, who he depends on to grease his Perpetual War Machine. Or pour enough money into religious organizations, who he's counting on to provide services to the poor in Canada, after he kills government.

So the lazy unemployed can sing for their supper. Like the poor people in Africa.

But don't tell that to the MSM eh? Because they don't believe that the Harper regime has a hidden religious agenda. Even though it's determining everything from the Con's foreign policy, to their policies on the environment.

And the inbred village of Ottawapiskat is crawling with Con operatives, with the cold dead eyes of religious fanatics.

Never was one so betrayed... 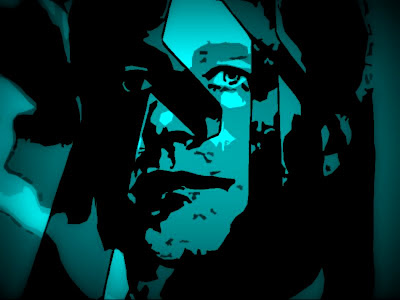 Who is this ghastly leader who would put religion and politics before the needs of desperate people?

And to what horrible place would he take us?

I'd ask, Why isn't Harper promoting Christian values?
I mean, after sitting in First United, and UGM, and Potter's Place for meals when I couldn't afford food, that's the lesson I took from Christianity. Do unto others as you would have them do unto you. Feed, clothe, and shelter the poor. Love thy neighbour. Treat your prisoners with love and compassion. Those are the lessons I took from Christ.
What kind of Christianity excludes all these lessons that Christ himself taught?
It's a Christianity without Christ that Harper practices.

hi troy...good point, and yours is definitely a better question. My headline should have been something like Why is Stephen Harper Playing Politics with Aid Money? Or why is Harper discriminating against the secular. Because he is certainly no Christian. I guess I took the headline too literally from the French. When you live bilingual like I do, sometimes you forget which language you are speaking...

P.S. I would have used Harper and the TheoCon Conspiracy, but I've used it too many times, and nobody would believe me... ;)

This is a fundamentalist 'christian' sect that is run by a handful of members, and in the last two years has received $6.8 million in funding from the harpercons.

I wonder what other 'fundamentalist' 'charities' are being funded by us via the harpooner, especially when one considers the cuts of relatively minor amounts of far more deserving charities.

Harper did declare himself a Christian, during his x-mas interview. He said, he prays everyday. It's more like, Harper "preys" everyday.

Harper was Policy Chief for his, Northern Foundation Party in 1989. Harper was linked with Christian Fundamentalists, among other dubious links. Harper is the farthest away from a Christian, I have ever seen in my life. Harper is from, the ninth ring of Dante's Inferno.

Hi, Troy.
Jack here. I just wanted to say that after reading your comments, you are the first self-described Christian that I actually think has the right to call himself that that I have heard of in a long, long time.
When I was younger I prescribed to a Christian religion but saw so much hypocrisy in it that I abandoned it decades ago. It's good to hear that not everybody who uses that phrase is just another right-wing, ultra violent, hate-spewing nutbag. Thanks for the reminder. :-) I wish your kind was the rule instead of the exception.

hi jack...I'll second what you said about Troy. Real Christians who want a kinder, gentler world are always welcome here. I was raised as one myself, by a real Christian, my mum, and I have met many who go out of their way to help others who are suffering in this world.
So although I don't believe in God or heaven, and hate the bigots in the hierarchy, those real Christian values remain my own...

hi ron...I am aware of the Youth for Christ movement, in fact I wrote a post about it about a month ago:
http://montrealsimon.blogspot.ca/2012/12/pat-martin-and-rat-faced-cons.html
It's not the best post I've written.But I did criticize Vic Toews for funnelling money into that project, instead of helping other non-religious groups who help street kids. Unfortunately the project was strongly supported by the Mayor of Winnipeg, but I really hope that someone is keeping an eye on Youth for Christ to make sure they don't discriminate against homeless gay youth, or force those they help to sing for their supper, because those kids have suffered enough...

hi anonymous...I don't know what to think about Harper when it comes to religion. I know he belongs to one of the most aggressive missionary churches in the world, with very backward views on women and gays. So although he is far too cruel to be a real Christian, I don't trust his motives, and I fear the worst...