Harperland and the Racism Monster 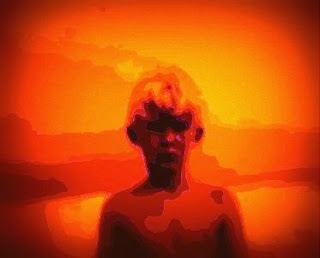 Sometimes these days when I look at the horror that is Harperland, I can't help feeling like that other Simon in Lord of the Flies.

Who realized that The Monster the other boys were hunting with their wooden spears didn't exist.

And that the real monster was THEM.

For when I see so many in the MSM going after Chief Theresa Spence and the Idle No More movement with their pointy spears.

No amount of sermonizing and back-patting, however, can obscure that Spence and her more radical supporters in the Assembly of First Nations have in the past thirteen days, after initially bringing the aboriginal cause a great deal of good, done it a great deal of harm.

I can't understand why they can't see that the real monsters are lurking in their comment sections of their stories.

Can't see that the real problem is the racist horror show which is being whipped up by the Con media...

Like the ugly freaks at Sun News, and other monsters and minions.

And can't seem to recognize that the real threat to this country is this eruption of foul bigotry aimed at the poorest and most vulnerable Canadians. Or that by first setting it off, with his crude attempts to smear Chief Spence, and then failing to control it, Stephen Harper has shown himself unfit to remain in office.

For if this racist evil is not controlled it will tear Canada apart.

And if it is not controlled then we must confront it by whatever means necessary. 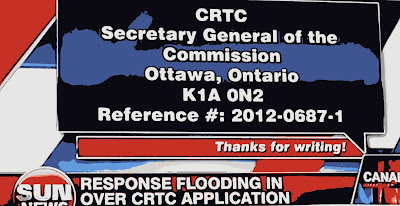 Send a letter to that address with that reference number. Tell the CRTC you will not pay for RACISM.

Tell them you want to see Sun News buried in some stinky garbage dump where it rightfully belongs, with a stake through its heart.

And then beat the drums of justice louder than you ever have.

For it's getting awfully dark in Harperland.

You can't put lipstick on this hog... 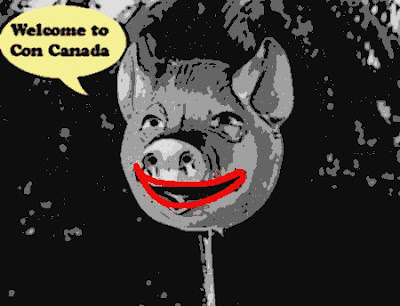 The racism monsters are crawling out of their holes.

But we are not afraid.

And our solidarity will destroy them...

I like that first commenter's name: EnglishCanadian. He or she exposes their true colours -- Conservative Blue. Probably one who hates the idea of a bilingual Canada and the first to accuse the Pauline Marois PQ of being racist. I wonder if he and Henry Richard Bain have met? Probably.

I see very little difference between the Sun, and Goebbels propaganda machine and his hate speech, towards the Jewish people. Never have I been more ashamed of Canada. If you want to be really proud of Canada, read the comments on the National Posts site.

However, this is just another dirty tactic Harper uses. Like all good Dictators do, he needs to cause chaos. No doubt he is working like mad behind our backs, to get out of the robo-call election fraud. No doubt he is still trying to get out of, the riding disputes too. Harper is terrified he will lose his majority, he cheated so hard to get. We must always watch our backs, around Harper. If we don't, we will find knives in them.

Nor does Harper want Canadians to remember this either. Canada's Human Rights record. It isn't pretty. It's down right disgusting. It is hardly surprising Harper treats the F.N. as he does. ICC named Harper, a war criminal, war crimes and crimes against humanity. Harper prorogued Parliament, so he wouldn't have to answer for his crimes, to the people.

Read about: Harper was Policy Chief for his, Northern Foundation Party of 1989. Harper really does fit the bill.

hi ck...yes, if you read the comments he makes several appearances and each one more racist than the other. And I'm sure with a handle like that one he is a Quebec basher as well. And I don't know if he has met Bain, but they clearly swim in the same filthy pond...

hi anonymous...I don't know about the past, but the way Harper has handled this crisis, stoked the fires of racism, and then done nothing to put them out, makes him unfit to hold office.
Or put it another way, when Canada needed a big leader, he was pathetically small...

Conservatives aren't very good at concealing their coded speech, are they? And as conservative ideology rushes us full speed ahead down the road of selfishness, intolerance, bigotry, misogyny, homophobia and petty hatreds, the only thing the political right and the right wing media has done about it is to raise the speed limit.