Gaza, Israel, and the Verdict of History

The Israeli army releases this video to back up its claims that it is doing all it can not to kill innocent civilians.

Even as it continues to pound Gaza with shells and bombs, and more than 900 are now dead, including 400 women and children. And it prepares to launch an allout assault on Gaza's crowded cities.

Israeli analysts say a ground war fought in the narrow streets and alleys of Gaza City and other urban centres would make the conflict to date seem tame.

“The Israel Defence Forces will enter, with great force, with tens of thousands of soldiers, into the heart of the Palestinian population in the Gaza Strip. There will no longer be strikes at the margins from the ground and destruction from the air. Now we are talking about armoured divisions that will not leave a single stone standing on their way into the refugee camps and into the heart of one of the most crowded cities on Earth.”

Which would kill or hurt even more innocent men, women, and children. 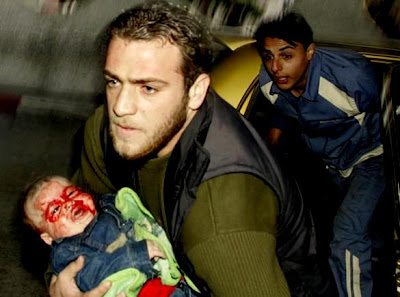 And I wonder how anyone can justify that kind of massacre, in one of the poorest and most miserable places on earth, where hospitals can't cope with the wounded, and there is no place to bury the dead.

To the traumatised Palestinians of the Gaza Strip it is bad enough that their friends and relatives are being killed in such numbers - more than 900 at the last count. What is worse is that they can no longer give them proper funerals. In northern Gaza, because the Eastern cemetery is no longer accessible, the bereaved are having to search for plots between the existing graves in the older, full-up cemeteries to bury their loved ones, or to reopen and reuse the graves of their forebears.

Now I realize that Hamas must also stop firing rockets at Israel. But after killing so many people Israel has a moral obligation to restrain its army and give a ceasefire a chance. Surely the crazy hawks who launched this brutal disproportionate assault must understand that another massacre would hurt Israel more than those rockets do.

And that, as Gideon Levy points out, the verdict of history will be harsh. 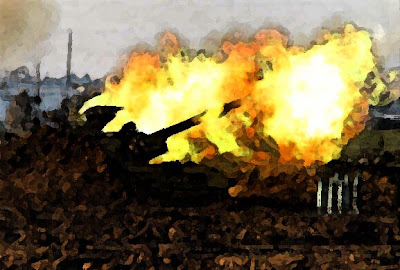 When the cannons eventually fall silent, the time for questions and investigations will be upon us. The mushroom clouds of smoke and dust will dissipate in the pitch-black sky; the fervor, desensitization and en masse jump on the bandwagon will be forever forgotten and perhaps we will view a clear picture of Gaza in all its grimness. Then we will see the scope of the killing and destruction, the crammed cemeteries and overflowing hospitals, the thousands of wounded and physically disabled, the destroyed houses that remain after this war.

The public, moral and judicial test will be applied to the three Israeli statesmen who sent the Israel Defense Forces to war against a helpless population, one that did not even have a place to take refuge, in maybe the only war in history against a strip of land enclosed by a fence.

I don't write these words with joy, but with sorrow and deep shame. Despite all the slack the world has cut us since as long as we can remember, despite the leniency shown toward Israel, the world might say otherwise this time. If we continue like this, maybe one day a new, special court will be established in The Hague.

Some in Israel will no doubt call him a traitor.

But those who really love Israel should call him a hero.

Stop this crazy slaughter. Enough innocent blood has been spilled. 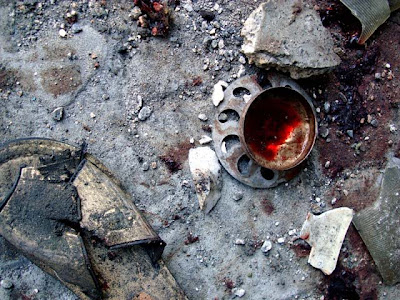