Gaza and the Warsaw Ghetto Uprising 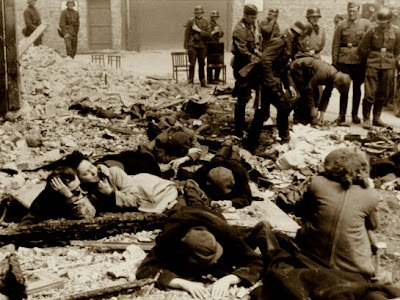 This week is the 66th anniversary of the first uprising in the Warsaw Ghetto. The moment when the doomed Jews of that enclave of misery decided enough was enough, and rose up against their Nazi oppressors.

So how tragic that on this anniversary Israel should find itself having to defend itself from charges that its soldiers committed war crimes against another group of people with nowhere to run.

And that some should compare its brutal assault on Gaza to the Nazi assault on the Warsaw Ghetto.

"To lock people into a war zone is something that evokes the worst kind of international memories of the Warsaw Ghetto, and sieges that occur unintentionally during a period of wartime," Falk, who is Jewish, said, referring to the starvation and murder of Warsaw's Jews by Nazi Germany in World War Two.

Now I don't believe that Gaza is the Warsaw Ghetto ....or that the Israelis are Nazis. But after reading this story.

Israel's blockade has left Gaza's 1.5 million residents relying on the tunnels as their economic lifeline. Everything from medicine, cement, chocolate bars and lion cubs for the zoo have entered Gaza through hundreds of deep, sandy holes.

"If Israel keeps the borders sealed off, we'll keep digging and only Allah can stop us. Let the Israelis drop their bombs. Without the tunnels we can't survive anyway....And if a bomb catches me underground, well, they won't have to dig my grave."

I do see some similarities.

And some lessons for Israel: You can't strangle a poor, desperate, hungry people or bomb them or burn them.

And not expect them to fight back.

Just like you can't expect to occupy and oppress a people for more than forty years and not become callous, and brutish, and indifferent to the suffering of others. Because if the Israelis aren't Nazis, the Palestinians aren't either. 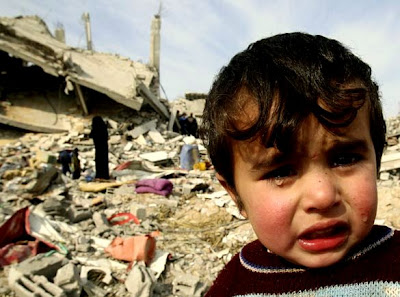