Robbie Burns and My Real Scotland 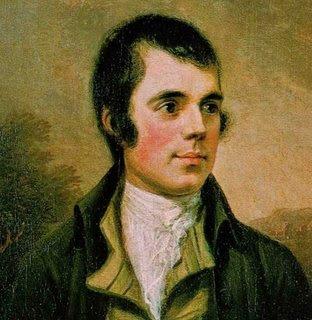 Today was the 250th birthday of Robbie Burns Scotland's most famous poet. And all over the world Scots were carving the haggis....and getting drunk.

"The 250th anniversary of the birth of Robert Burns has been celebrated on a global scale and as it should be - with dancing, singing, laughter and of course the odd dram.

Now I don't drink. And I wouldn't touch that awful offal..... with a ten-foot caber.

The offal in question is what was bobbing in the cauldron. It's organ meat – lamb kidneys, liver, hearts and lungs. Once they were darkly red, glistening specimens of varying texture: firm hearts; resilient, elastic kidneys; puffy, yielding lungs; glutinous liver. Soon, they would be simmered down and ground up

On the other hand I was born on the banks of the Moray, in a village in the shadow of the highlands.

And I'm proud of my Scottish heritage. And the Scottish in everyone

Anyone who has ever appreciated how often the best-laid plans really do have a tendency to "gang aft agley," sung Auld Lang Syne on New Year's Eve, contrived to give their love "a red, red rose," or heard a coach utter the words "do or die," has been touched by the most Scottish of writers, Robbie Burns.

And Robbie Burns moves me like few other poets do...or ever could. Not because of the folkloric Scotland he has come to symbolize, the boozy good times, or the hideous haggis and the fake tartans. The real Scotland is a VERY different place.

But because although his life was hard, he was so full of passion for life, and spoke up for the humanity and rights of the humble and the poor. And for the equality of all human beings.

As he does in this poem that moves me the most. 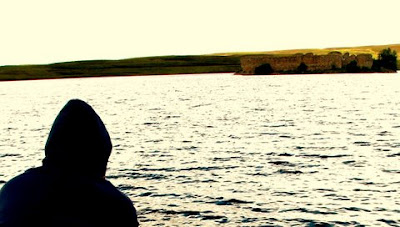 His passion for the real Scotland....and a better world.... makes me want to fight bullies and tyrants everywhere. And dream that one day Scotland will be a REAL nation again. Where goodness will rule and everything will be possible.

Which is why I made this little video of a journey from Glasgow, across Scotland to the village by the North Sea where I was born...


Here's a ginger ale toast to Robbie Burns.
Down with the awful offal.

Long live the Scottish nation...
Posted by Simon at 10:43 PM

I keep thinking I may be the only person in Canada with no Scottish ancestry. But then I have a gggg-grandfather named Walter Scott who, despite being born in Ireland, was most likely Scottish in origin.

I married one, though. When we decided to name our son Iain Stewart Smith, my father's response was, "Awfully Scottish, isn't it?"

Hi Jennifer...oh that's OK. My Mum's ENGLISH...oh the shame of it :)
Seriously though I'm amazed at the influence the Scots have had in Canada.It helps to balance out the white trash rednecks in the U.S. who I recently found out are largely Scottish in origin. Now THAT's embarrassing..
And your son has a great Scottish name. All the Iains I've known have been strong and good. And the best part is he'll spend all his life helping spread the word about our distinct Scots culture...just by explaining why it's spelled Iain not Ian... ;)