Gaza: The Horror and the Catastrophe 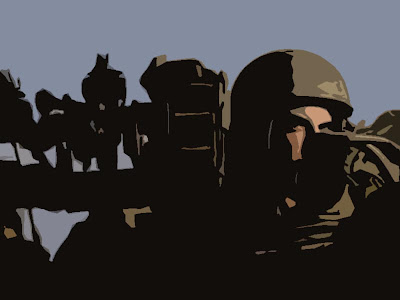 As Israel continues its brutal assault on Gaza, and more innocent Palestinians are killed, a giant lagoon of sewage threatens to collapse.

The bank says the earthen walls of the 75-acre lagoon – which contains 450 million gallons of sewage – are being weakened by the bombardment and the build-up of water pressure because pumps have run out of fuel. If they were to burst they could bring about a death toll far greater than that of the military action so far.

"Pumps transferring sewage from the lake to infiltration basins, critical to the relief of pressure on structure, are not in operation due to lack of electricity and fuel. Failure would put about 10,000 residents of the surrounding area in danger of drowning, and spark a wider environmental and public health disaster."

We take a ride on a Palestinian ambulance. 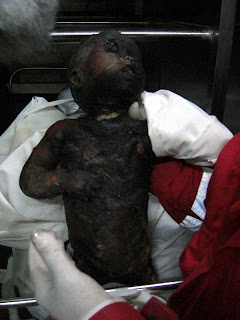 A distinguished group of British Jews issues a call for peace.

We are concerned that rather than bringing security to Israel, a continued military offensive could strengthen extremists, destabilise the region and exacerbate tensions inside Israel with its one million Arab citizens. The offensive and the mounting civilian victims - like the Lebanon war in 2006 - also threaten to undermine international support for Israel.

It is our desire to see a durable solution for ordinary people and our view that an immediate ceasefire is not only a humanitarian necessity but also a strategic priority for the future security of Israelis, Palestinians and people of the region.

And I can only hope that the war criminals who launched this murderous assault on the poor desperate people of Gaza will heed their call.

Because this isn't about who is right or wrong anymore.

It's about saving the children. 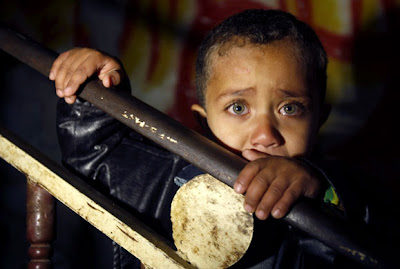