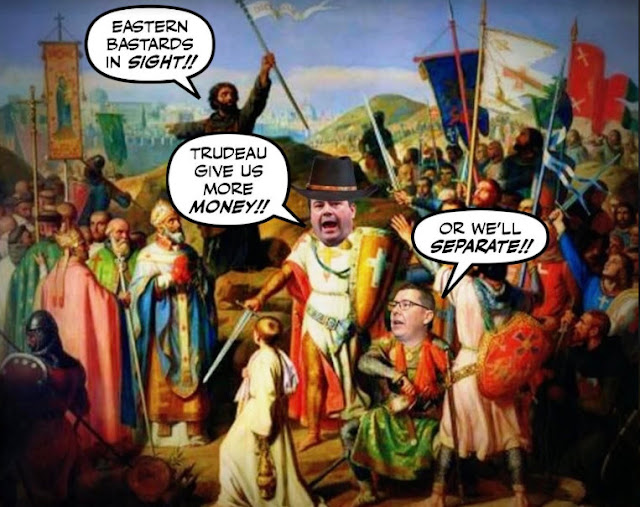 It couldn't be a more disgusting spectacle, Jason Kenney and Scott Moe laying siege to Ottawa, trying to blackmail the federal government into giving them more money.

And threatening that if the government doesn't pay up, Alberta and Saskatchewan might separate.

It's an ugly argument from two very ugly Cons.

So I'm glad that Justin Trudeau is finally putting the Western separatists in their place. 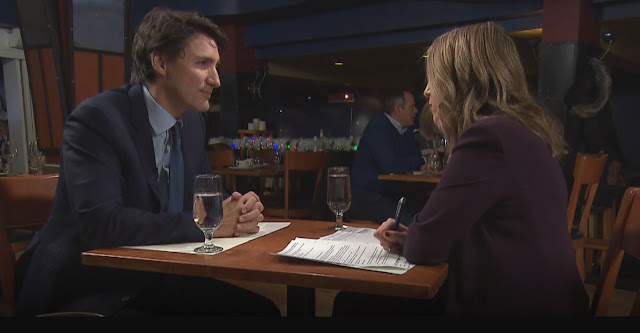 By downplaying their claims that we are facing a national unity crisis.

"But I see that as problems to be solved when we all work together, and I don't think Albertans suddenly don't care about Canada ... I think they just want and know that they have a strong future and that's what we need for them too."

Reminding them that he sacrificed considerable political capital to build them a pipeline, but that all oily things must end.

"We're going to continue that need to rely on oil for many years to come. We're building a pipeline there," he said.

"But we also have to be clear-eyed about the fact that, over the coming decades, there's going to be a different energy mix that is going to create new opportunities for new jobs that we need to start preparing for now."

While doing his best to help Alberta and Saskatchewan diversify their economies. 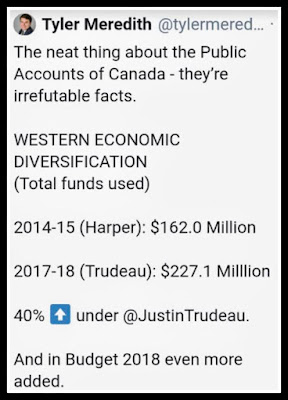 But then this isn't about economics, or even the fight against climate change.

As this ugly shirt at a Wexit rally shows, it's mostly about toxic Trudeau hate... 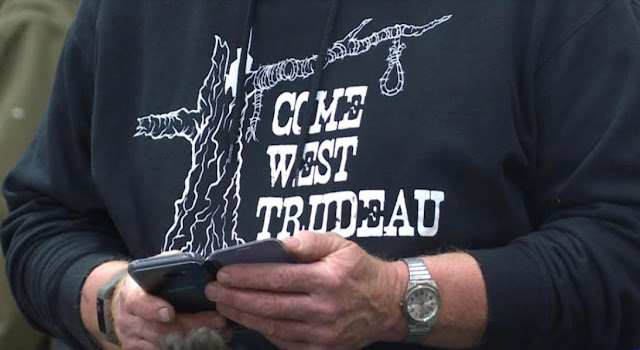 A product of a small minority of angry old white men who would take the country down with them to spite Trudeau.

Like the crazy old whack a doodle the Disaffected Liberace... 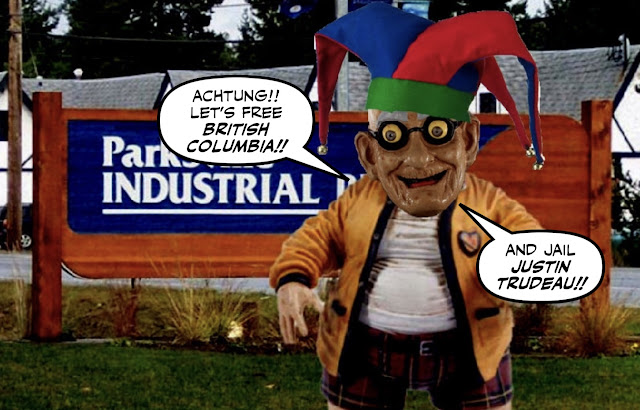 Whose hatred of Trudeau verges on the homicidal, and not long ago was threatening to take B.C. out of Canada, singlehandedly.

Even though all of that nonsense only plays into the hands of those who would stir up a national unity crisis for crass political purposes. 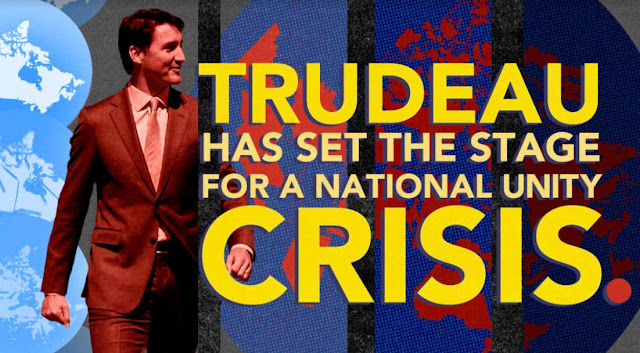 Like the Ugly American Andrew Scheer and his filthy RepubliCons.

Luckily we have a leader who just stuck a fork in those Cons, and is willing and able to defend this country... 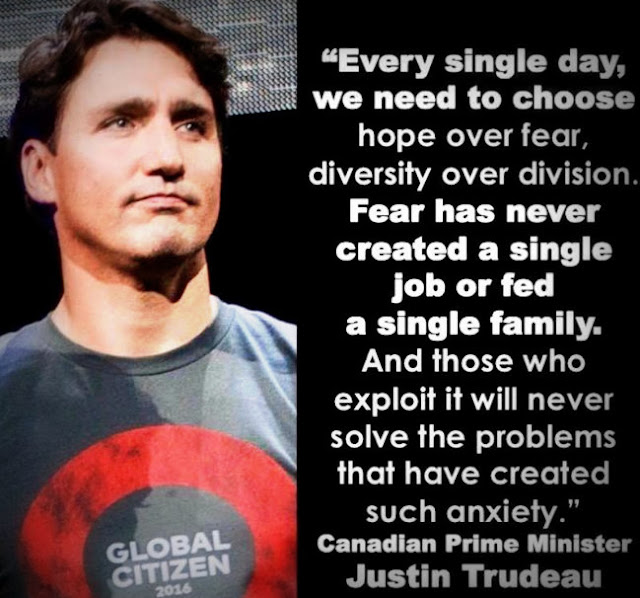 By reminding Canadians of the values that make this country great.

And of course I've also made my position clear:

So Kenney, Moe, and the wacky Wexiteers can say what they want.

But they should understand that those who love this country, will defend it from those who would destroy it, by whatever means necessary.

For it is a wondrous place, and it belongs to all of us.... 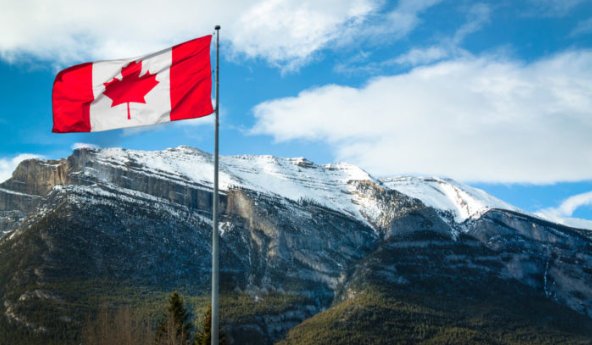 Vichy Kapelos is a terrible interviewer and shame on the media for fanning the flames of this manufactured crisis. I was sad and angry when I read that Justin is going to kind of go incognito for however long this parliament lasts, to take the focus off himself and put the team out front. He was really, unfairly damaged by all the shit the fake scandals and Trudeau derangement syndrome got all over him, but if this approach works and a little time in the background enables the Liberals to crush the Cons next election, I'll take it. Shame on the lying press and shame on Kenney, Moe, Teneycke, Harper, JWR, and all the merchants of hate.

Keystone XL, Harper's 2005 oily vision is still in limbo in a land saturated with climate burners but still seems to have a functioning legal system in spite of the Orange Menace. Promoting the expansion of an energy intensive source of CO2 emissions is a fools mission and the Con leaders have to know that. Although the link between knowingly increasing climate warming CO2 emissions and the resulting death and destruction is more tenuous than openly promoting genocide I wonder if there will come a time when some of these leaders are charged with crimes against humanity.
https://www.msn.com/en-ca/news/politics/us-judge-rejects-trumps-bid-to-dismiss-lawsuit-over-keystone-xl-pipeline-approval/ar-BBYen4C

During the Harper years, the 'East' was devastated by a 'high-dollar, low intervention' program that ripped hundreds of thousands of solid, reliable full-time jobs from Ontario and Quebec, largely for the benefit of Western oil sales. While many were pissed about this (although they quickly forgot the legacy when Ford ran recently in Ontario), they continued on. Diversification, early retirement, retraining and other options were all put on the table in order to salvage our strongest economies from Harper's disastrous strategies.

Also, I continue to hear about how Trudeau seemingly has something to do with international oil prices. He DOES NOT. But yet, Westerners continue to whine that we Easterners are somehow manipulating prices. No. The real issue? No one in the world wants dirty bitumen and unprocessed tar.

Trudeau needs to up the game. He needs to insist that no more tar or bitumen leave Alberta and Saskatchewan until it's been processed into something tangible and valuable.

Finally, they are quick to blame others for the mess that other previous Conservative governments left. Previous Albertan governments literally burned their money instead of saving or investing it. No one is responsible for this but themselves.

Until then, you're right Simon: the West has got to understand that rhetoric and blaming will not save them from the previous four decades of Conservative ruin.

I shudder to imagine what might have happened if Andrew Scheer and his Cons had won the election. Our poor country wouldn't have stood a chance.

I agree with these comments. Speaking as a Westerner who does not work in the oilpatch nothing would please me more -- admittedly it's a very petty standard I'm setting -- than to listen to these spoiled petulant children get an actual talking-to. Trudeau has if anything been too mild-mannered. He should accept that he cannot win more votes out here and speak frankly to us.

"Reminding them that he sacrificed considerable political capital to build them a pipeline..."

And what thanks does he get for it, Simon? A bunch of assholes wearing shirts that urges JT be murdered. Any sick, twisted fuck who would wear something like that would undoubtedly be an overall asshole at the best of times and as such, unemployable. These types are exactly what Harper, Scheer, Kenney and the garbage rebel have targeted and nurtured through the years and their campaign of hate has paid off. Target the imbeciles who are too dumb to understand their shitty situations and let them poison the equally stupid that surround them. Top that off by accusing JT of being responsible for the unity crisis and voila, we have a Con created crisis that highlights their inability at solutions but their expertise at dividing this country.
It's obvious now that appeasement is impossible with these morons so as far as I'm concerned, they can wexit the fuck out of Canada and dont bother trying to come back. Oh, and good luck getting your gooey garbage to market, assuming there is one.
JD

What is wrong with the crazy Disaffected. He has called for Trudeau to be raped in jail. Now he is calling the RCMP "Trudeau's Stasi." Is he trying to encourage the Wexit crazies to kill our prime minister? He should be jailed himself.

Sadly, it's not only Wexit. The unhinged hatred for this man spans the provinces. I have a feeling this is the reason for the "lower profile" or "low bridge" strategy (cf. Pierre in 1980) and not just a decision made out of electoral calculus.

Don't forget Scheer was seen cozying up to Atalante and Wolf Pack types for ultra-nationalist Quebec votes too. Melissa Lantsman wants the leadership race to be a referendum on nothing else but who can get rid of Trudeau. With the policy convention then following in Quebec City where the mosque shooting occurred, I can't see any of this ending well at all.

The Conservative Party of Canada, and to some extent their pseudo-progressive enablers like Mr. Disaffected aka Mr. Disturbed here, is literally nothing but a Lord of the Flies two-minute-hate cult, coalescing around the oil and gas industry feeling entitled to their entitlements and a broader right-wing rage mob espousing vitriolic animus toward Justin Trudeau.

Gassy Kapelos is indeed a terrible interviewer, and it's an absolute disgrace that the CBC would employ some one like her on their main political show. She's got trashy private TV written all over her, and she should be sent back to where she came from. But as for Justin Trudeau having a lower profile, I think that's a good idea, since he had become a bit over exposed, and without all that exposure the Con media won't be able to go after him so much...

Hi RT....I can't understand why these oil pimps are still so eager to flood the market with even more of their tarry oil when it will only depress prices, and the demand for their product is sure to plummet over the next decade. As you point out then there's the moral dimension. People like Kenney and Scheer never talk about climate change, but it will only become an even greater issue, and all of them will eventually be held accountable...

Hi anon@10:10 PM...I find it bizarre that the so-called Dutch Disease has been all but forgotten despite the terrible damage it did to our manufacturing base. And I agree that Trudeau has to up his game. But unfortunately what should be an economic/climate change problem is now also a separatist problem. But diversification helped raise the east out of its ruined economy and only it can save the west....and the planet...

Hi Sixth Estate...I also agree with your comment. Justin Trudeau has been too nice with people like Kenney and Moe. And I too would like him to be harder on the climate change question. But there are a lot of unemployed young men in Alberta and unless he can do something to help them we could end up with a real separatist problem. Unless we can move beyond this oil curse, it could still kill this country....

Hi JD....I share your frustration. Trudeau sacrificed a lot of political capital, and has received no credit it for that in Alberta or Saskatchewan. The toxic Trudeau haters are like some kind of zombie cult, and the Con media has done nothing to counteract it. As you know I try to remain as optimistic as possible, but faced with this Con madness, that's not easy. The good news is that if the Cons are seen to be the Western Separatist Party they will be dead men walking....

Hi anon @11:13 PM....The Disaffected Lib is a lonely old man with narcissistic personality disorder, possibly aggravated by early onset Alzheimers. Like others with his condition he blames others for his problems. He is also I believe a repressed closet queen judging form the vile anonymous messages he has sent me. He really needs to get a life, and hopefully receive treatment before it's too late and he becomes even more violent....

Hi Jackie....They are an ugly lot, and you're right they don't just live in Alberta. But remember most Canadians, including many in Alberta, aren't impressed by this Con insanity. So people like Kenney and Scheer can stir up trouble, but they'll only end up burying themselves....