Will the Bernier and Kinsella Case Help Bring Down Andrew Scheer? 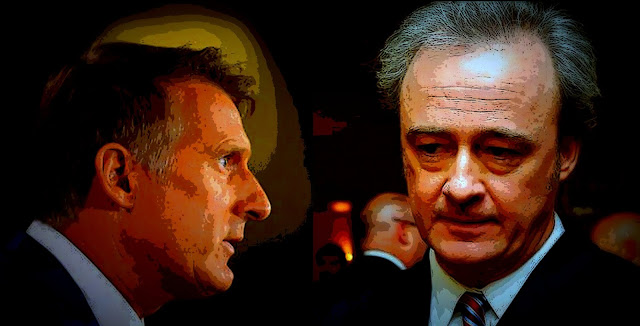 I see that Maxime Bernier is threatening to go after Warren Kinsella, not on Twitter this time but in the courts.

Maxime Bernier is preparing a defamation case against political consultant Warren Kinsella for calling Mr. Bernier a racist and a bigot.

During the federal election campaign, The Globe and Mail reported that Mr. Kinsella’s company, Daisy Group, had been hired for an assignment called Project Cactus. Documents revealed the goal of the project was to “seek and destroy” Mr. Bernier’s party.

And while I have no idea who will emerge the winner, nor do I care.

I do know who the big loser will probably be.

The hapless Andrew Scheer who during the campaign couldn't give a straight answer answer to a straight question.

The Kinsella Bernier story did Scheer a lot of damage during the campaign, but at this stage in his failing career it's the last thing he needs.

Help spread that 22 Minutes video around.

And with a little bit of luck it will help destroy him... 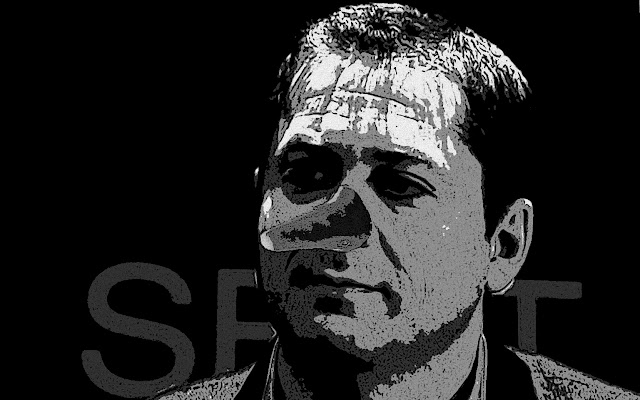 I don't really care about Bernier. I still want answers as to Kinsella's role in attacking Trudeau. I want to know if Jody and/or Jane were Daisy clients and what the fuck he was doing with West Point Grey yearbooks in his possession. Where did he get that Creston Valley community paper and who's been giving him free rein to go after the prime minister and get paid a healthy sum for doing so. They're all racist assholes but Kinsella needs to be punished for the unfair reputational damage he's inflicted upon a good man.

Are you kidding? We need to keep Scheer around so we can toss his putrid unelectable carcass at Canadians' feet come next election.

Although the affair is certainly distasteful, trying to kneecap a fascist was far from the worst of Scheer's many misdeeds, even if he did it for selfish reasons.

Maybe the truth will come out about the relationships involved?
Would love to see this bring Kinsellout's career to an end.
At a minimum, it'll expose that the ScheerCons spent too much time worrying about their competition and not enough time grasping reality.

HI Jackie....Warren Kinsella may be an annoying asshole, and a toxic Trudeau hater, but he is not a racist. He was written several books on the far-right in Canada, and recently helped close down a Nazi newspaper in his neighbourhood. So my advice is forget about him. Andrew Scheer is the leader of the religious right in Canada, and we should focus on him and his disciples...

Hi Sixth Estate....I hear that argument about why we should keep Scheer because he can only lead the Cons to disaster. But remember if Scheer is forced out, about 40% of the Con's religious base could go with him, and that would be a death blow for the Cons. Choose your poison, I choose that one...

Hi anon...Kinsella's career has been on life support for a long time, but he will carry on. There will always be a market for his special talents.But what I hope this case will do is remind Canadians about Scheer's problems with the truth. And why he can't be trusted....

Don't be ridiculous. They will fall in line for the next leader like the obedient minions they are. They take pride in being a flock of sheep, after all.

In fact I'd go so far as to predict that the religious right would cheerfully vote for an adulterous, gluttonous, pompous ass with no political experience and well-documented indifference to their supposedly important religion as long as they thought he would beat up on libtards for them.

I make that prediction because, well, it's not really a prediction anymore, is it.

Its better near instant Karma that is going to put two anti vibes in sonic prison.

an adulterous, gluttonous, pompous ass with no political experience

So... you think Dougie's going to be their golden ass like the Teavangelicals with Trump?

Just when the story about Trudeau scuttled the Nafta deal because he mocked Trump was about to become the story of the year; poof the deal is signed. Now its all about the last minute revisions that the Cons must scrutinize with the faint hope they can lever something into a scandal. The irony is the revisions were about including North American labor standards that Mexico must abide by in the agreement. Not long ago the Cons were trashing Trudeau for delays on NAFTA by insisting on including labor standards in order to prevent Mexico's low cost standards from dominating the market.
Spin good news into bad news, bad news into horrible news and blame Trudeau is a failed election strategy but Scheer is either a high roller or unimaginatively stupid. The odds are not in his favour but who knows perhaps lady luck will smile upon him between now and leadership review. Where is Hamish when he really needs someone to crunch the numbers, calculate the odds and tweak the strategy? Before the Trudeau attacks were constructed to inflict maximum damage now it seems that its attack anything that moves as long as its remotely associated with Trudeau. Desperate times indeed!

WK likes to say outrageous things in hopes of getting a response that can be called libelling him to get a settlement.

The four biggest assets in the last election for Trudeau was Scheer, Doug Ford, Jason Kenny, and Bernier. Bernier's political career is toast, by late 2022-23 Doug Ford will be gone. Jason Kenny has little influence outside the Praires. That leaves Scheer as the past advantage for Trudeau, if you get your wish and Scheer loses the CPC leadership then Trudeau has no meaningful body men left to scare voters into voters Liberal which means Trudeau will finally reap what he has sown. Green and NDP voters bullied into voting Liberal will finally be free to have their revenge on their blackmailer. I look forward to it, it will be sweet. So I agree I want Scheervand his social conservatism gone and a moderate CPC leader as a replacement.

Gyor - There is no such thing as a moderate CPC leader anymore.

The next CPC leader will deny reality as much as the present one does, be assured of it.

A leadership change won't alter the nasty rot that's become a feature rather than a bug in the Cons, as evidenced by Erin the tool's "all-party" China committee which is an absolute joke. "In the spirit of cooperation" he bashes the Liberals and proclaims Trudeau a foreign policy failure. Says he plans to order Trudeau to testify on... what, exactly, no one knows, but early indications point to the NATO comments, the India trip, "blunders on the world stage" that were either nothingburgers or old news no one cares about anymore. What's this got to do with the hostages or the price of tea in China? Nothing, it's all about Trudeau bad. So now we know what a CPC led by him would have as foreign policy: Trudeau bad. What would a CPC led by anyone have as any policy? Trudeau bad. Conspiracy theories galore and an overarching narrative of Trudeau bad.

The Cons spent four months attacking Trudeau for allegedly "personally interfering with the rule of law" and are now blaming him for not "personally interfering with the rule of law" on the Meng issue. What would they have done differently? Nothing, especially considering their eagerness to cave on NAFTA for Trump. Personally I hope the Liberals turn the tables on them and go after Harper's FUPA -- I mean FIPA -- that forced Trudeau to buy the pipeline that's become an albatross around his neck. Erin wants to get tough on China? Why, I'm sure he wouldn't want to cancel TMX and preclude Alberta from getting their precious pipeline? If their sidekick Singh wants to get tough on Chinese technology let him get off TikTok. Put your money where your mouth is, boys. Otherwise quit being so... two-faced!

Andy stepping down as Con leader! Wonder who promised him a lucrative mail room job?

Scheer has just resigned. Does he get to stay in Stornoway until the new leader is chosen?

The CBC is reporting that Sheer has just stepped down.