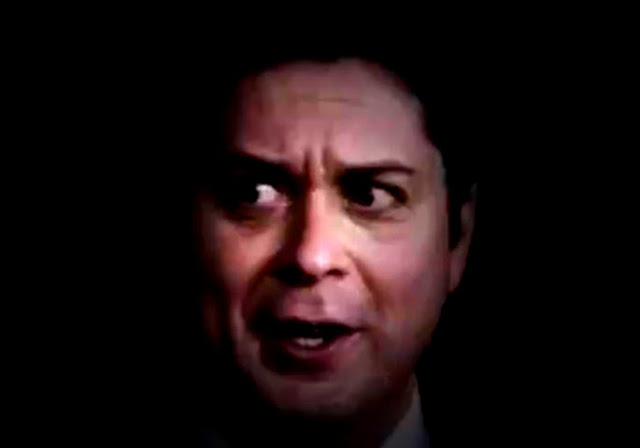 It's a truly bizarre situation. After two years of assaulting the eyes and ears of Canadians with one depraved attack ad after the other, Andrew Scheer has gone silent.

And this lonely attack ad that makes Justin Trudeau look like a criminal is the only sign that the Ugly American is still out there somewhere.

Yesterday we found further proof that the Liberal carbon tax isn’t revenue neutral. There is a huge cost to just implementing it. That means more money for bureaucrats and less in the pockets of hardworking Canadians. pic.twitter.com/VnMHSMXFXm
— Andrew Scheer (@AndrewScheer) December 18, 2019


The attack ad, like so many others, is of course fraudulent. There is no mention of the generous rebates most Canadians will be receiving.

But what I find even more deeply disturbing is that Scheer would portray Trudeau as a criminal, when he himself is under investigation.

The Conservative governing body is asking why the expenses filed to it by the office of former leader Andrew Scheer are roughly $700,000 over their usual amount.

Multiple party sources tell Global News the usual expenses submitted from the leader’s office to the Conservative National Council sit in the range of about $200,000 per fiscal year – but that in its last financial statement, Scheer’s office expenses came in at over $900,000 for the last fiscal year.

And he's the one who is looking bad now... 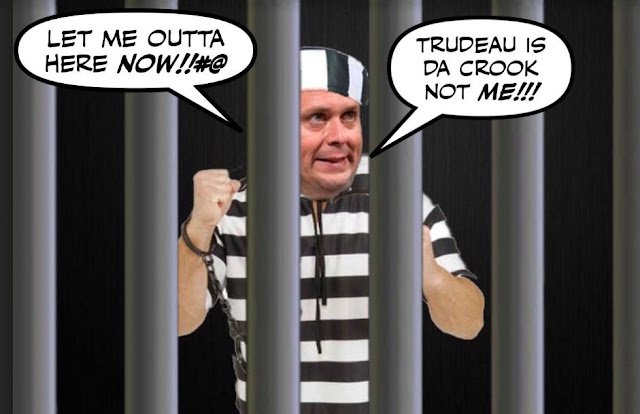 Especially since he was recently revealed to be using Con party money to send four of his five children to a private school.

And neither him nor his dwindling band of loyal supporters seem to be able to explain where all that dough went. 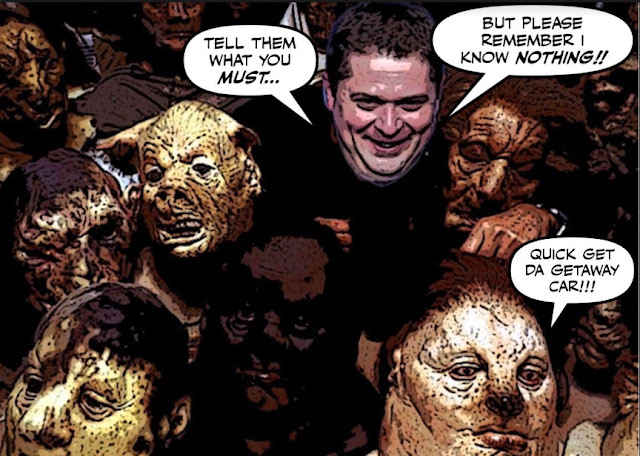 Global News pressed for more details from the party, specifically asking whether the $900,000 in expenses included things like child care for the Scheer children or for any other personal expense for Scheer or his family.

Hann said the party would not be providing any more information.

Some Cons are now demanding that Scheer resign immediately.

Some Conservative-affiliated political strategists are applauding Andrew Scheer’s decision to step down as party leader, though one prominent voice says he shouldn’t stay on until his successor is chosen.

Scheer announced his resignation last week, but received support from the Conservative caucus to stay on until his successor is chosen. Conservative strategist Tim Powers said Scheer needs to act in the best interest of the party and step down immediately because he won’t be a credible messenger if the government falls in the next couple of months.

For the longer Scheer sticks around, the greater the stench of corruption, and the harder it will be for the Cons to recover from their humiliating defeat, or attract any decent candidates.

And goodness knows what the desperate Scheer might do next...

He's taken the Cons to a very bad place, and now seems poised to take them all down with him.

No decent Canadians can now vote for them.

So if you smell a Con please flush it immediately...

Scheer is a patsy. The Conservative Fund has been exposed for just how godawful its bankrollers are, and they need a convenient scapegoat to shuffle off in order to cover it up. Please share this link as widely as you can while the leadership race gets underway. One more time for everyone in the back: It's not the leader; it's the party.

Money decided Scheer was a liability because of his unwavering religious agenda so they arranged for his exit over elite school expenses. Seems that they unwittingly opened a can of worms with the missing $900,000 which is way beyond tuition. Suspect his office was funding more than Mad Max attack ads but unfortunately we will never know unless someone decides to leak out of revenge, money or both. I am sure there is an interesting story to be told... blanket media saturation of 24/7 "Trudeau bad" over 4 years does not come for free. For example one anti Trudeau YouTube site went from obscurity to over two million views per month and recently back to obscurity. This simply does not happen without help.

Scheer claiming $700,000 above the norm for expenses shows someone with an exquisite taste for the finer things in life. A 5 star loser as it were. It always tastes better when someone else pays for it for these Cons, be it donors or taxpayers, except Andy got caught at the trough of Steven and friends and they dont like it. Deceivers being deceived carries a heavy price when they control the trough. Andy would have been better off stealing from the mob as they would have at least put him out of his misery. Not so with Stevie. He'll rub Andy's nose in it 'till the second coming of Christ and beyond.
I'm thinking his caucus were in the dark as well about his lavish lifestyle before they voted him in as interim leader and wonder, how would they vote today and where's Andy? His disappearance as of late is looking like a classic case of a Con in retreat of scandal. No explanations, no apologies and no contrition, the usual cowardly Con way. The party of rot from top to bottom.
JD

Wow this is truly a huge scandal. How could Scheer "lose" $700.000? Do the Cons really think they can cover up this scandal? You're right Simon, no honest Canadian can ever trust them.

Some Cons are definitely out to get Scheer. If they weren't we never would have heard about that 700,000. The question is who are they working for, and do they understand or care that they could wreck the Cons in the process? This is going to get very ugly, and for progressives very enjoyable.

Hi Jackie....I saw the Press Progress story, and although I'm not surprised, I'm pretty sure we would never have heard about Scheer's financial irregularities if he hadn''t lost the election. The Cons are corrupt from top to bottom...

Hi JD...We must give the loser Scheer some credit. His ugly campaign ended up blowing him and his party out of the water. And now that he's resigned he's still putting holes in the Con hull like some kind of mad woodpecker. But if he thinks he can cover up this sordid scandal he's got another thought coming...

Hi anon...yes it is a huge scandal. If it had happened in Trudeau's office the Con media would have called it the scandal of the century. But instead they're trying to cover it up. Good luck with that one....