The Ugly Cons and the Shining Example of Maddison Yetman As you may know, I thought the last election campaign was one of the most disgusting spectacles I have ever witnessed.

With Andrew Scheer and his filthy Cons taking us to a very dark and dirty place.

But in the midst of that darkness, a young woman in Winnipeg named Maddison Yetman shone like a beacon of decency.

Even as she lay dying.


Despite the pain she was in, Maddison managed to cast her vote.

She lived to see the ugly Cons defeated, But yesterday she lost her final battle.

An 18-year-old Winnipeg woman who made a viral video urging people to vote in October's federal election has died.

"Our beautiful little peanut passed away yesterday. She was stronger than anyone could imagine and left a wonderful mark on this world," he wrote.

Young Canadians should be proud of her. Her message will live on to be used again in other elections.

So long after her death she will be remembered for her service to our precious but fragile democracy. 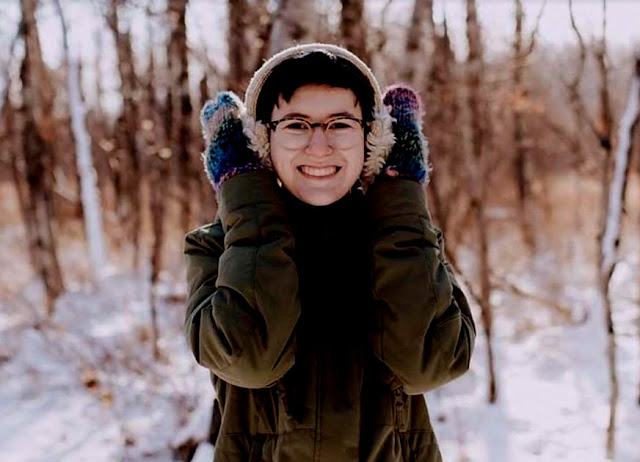 We should all be so lucky.

"She lived to see the ugly Cons defeated..."

You gross partisan hack. For all you know she was a Conservative voter. Using her death to forward your political agenda is disgusting.

Conservative try to repress the vote, liberals try to get every Canadian out to vote.

More likely she voted Liberal or even Green or NDP. Polling across the board shows the Cons are the least popular among millennials and, in particular, millennial women. You're technically correct that we don't know the content of her secret ballot, but the odds aren't exactly in favor of her demographic leaning towards the Cons. That's not partisan hackery. That's just math.

I shared Maddison's story with some politically-minded American friends looking for some encouragement for fence-sitters in the run-up to 2020. Particularly as some of our candidates are talking about healthcare policy and taking transition steps towards a Canadian style system.

Vote like your life, or someone else's, depends on it. Because it does.

Hi anon....I know Cons are classless but are you all so dumb? I went through Maddison's Twitter timeline where she included a long list of reasons NOT to vote for Andrew Scheer. Now who is disgusting, when can I expect your apology? And when will you finally realize there are no decent Cons?

O/T but. For the past few days pundits have been talking about moving Freeland and McKenna to new portfolios. Not all that long ago, the same pundits were hysterical about moving Jody to a new portfolio. The need for these scribblers to find something, anything, to say each day to justify their salaries has certainly clouded their collective judgements.

Excellent retort, Simon. It's always fact deficient, knee-jerk reactions from these Con idiots. Maddison Yetman was a decent, kind and caring individual who aspired and inspired to do good. That is the very definition of what the majority of Cons are not, especially anon 12:46.
JD

Yeah right...the same Liberals and their trolls who tell everyone that their right to vote freely is a wasted vote if it isn't for the Liberals.

Hi rumleyfips.....Very good point. Cons never encourage people to vote, they know that the greater the number of voters the less chance the Cons have of winning.....

Hi anon 4:47 PM....You're still making no sense. And shouldn't you tell readers that you sent another comment that was so vulgar and homophobic that I honestly had to wonder whether your mother gave birth to you squatting over a toilet. But I guess like so many other ugly diseased Cons you're still devastated by the election result. You were so sure you were going to win and instead you lost big time. Ha ha ha that must really hurt....😎

Hi Jackie....Quite right. In the battle to defeat Trump every vote will count. I am hopeful though that after the living nightmare of Trump in government, getting people to vote will be easier than it was last time...l

Hi rumleyfips....Those miserable scribblers have been going crazy with Trudeau keeping a low profile. The life seems to have gone out of them. I guess not getting their Trudeau bonuses from Big Oil has greatly depressed them....☃☃☃

Hi JD....Thank you, it infuriated me to have that miserable Con should seek to debase Maddison's memory by suggesting she was a scummy Con. But then he replied to my reply with a vile comment full of homophobic insults so what do you expect? They really are the scum of the world....