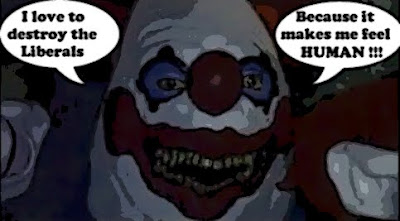 While the poor guy who said this:

“We’ve done tens of millions of dials through our call centre and there’s never been any complaint launched against us,” Kouvalis said. “We’re in the business of getting Conservatives elected and ending Liberal careers. We’re good at it.”

Has to go on TV and insist that he's no reprehensible dirty trickster.


Even if he can't stop bragging about it.

Of course, in the creepy Con war room I bet the mood is quite different eh?

In fact I wouldn't be surprised if the creepers were sticking pins into Nickie's dolly, for squealing too much.

And pulling out their own teeth.

And who can blame them eh? For who do you think gave the order to go after Irwin Cotler?

Let's see...who hates Liberals so much he'd do ANYTHING to seize the riding Pierre Trudeau once held? Who is so singularly obsessed with capturing the Jewish vote, he's nothing but a tool for Benjamin Netanyahu's right-wing settler regime?

Who is so morally squalid he'd be willing to allow his flying monkeys to engage in all kinds of dirty tricks?

And so deluded with power he thinks he can get away with these crimes against democracy?

Does the leadership of the Conservative Party interpret the ruling as carte blanche to do more of this kind of “wet-work”? If this tactic were carried out on a broader scale, would anyone really think it is nothing more than sporting politics? (As an aside, do we really think the Speaker would have arrived at the same decision if the tactic was used against 50 or 100 opposition MPs?) 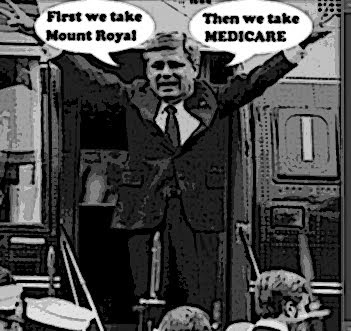 Until the police followed the trail of tiny foot steps all the way to the Oval Office PMO. And he was driven from power.

Golly.You know what the BEST news is?

We don't have to destroy the careers of any Cons, because they usually do that to themselves.

In the meantime, just remember that if you think  Christmas in Con Canada looks gloomy.

I bet Stephen Harper's Christmas is starting to look like a real NIGHTMARE...

"Mr. Speaker, I can't fire the Leader of the Opposition, and with all the tapes I've got on him, I don't want to." --Stephen Harper

hi anonymous...good one. I'd forgotten about that quote. I thought it was pretty sinister at the time, but of course now it's worse. As you know I have always thought that Harper would make a terrible Prime Minister. But I never could have imagined how low he would go. The first Harper to arrive in Canada had to be removed from office for abusing his authority, and this one is heading for the same fate...