The Beauty Queen and the Blood Pudding

Just about every day of my life I have to put up with some religious fanatic somewhere going on and on about how I should be KILLED.

If it's not some Christianist crazy, it's some hairy Hebrew, or some mad Mullah, spewing gibberish and hatred out of their pie holes.

But this is the limit. 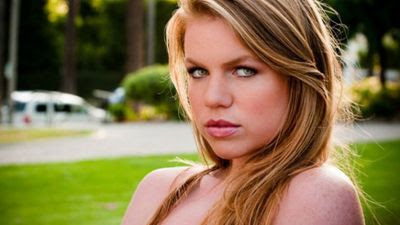 "The Bible says that marriage is between a man and a woman. In Leviticus it says, 'If man lies with mankind as he would lie with a woman, both of them have committed an abomination. They shall surely be put to death and their blood shall be upon them.' The Bible is pretty black and white."

"I feel like God himself created mankind and he loves everyone, and he has the best for everyone. If he says that having sex with someone of your same gender is going to bring death upon you, that's a pretty stern warning, and he knows more than we do about life."

Lordy. What have I done to deserve this gaseous emission from this empty vessel ?

Is it freakish or is it fraud?

And what is it about these Christianist bimbos anyway? Are they pumping silicon into their brains as well as their titties...because they think it will make them smarter ?

Why oh why can't they send them to finishing school like they used to do before? So they can join other religious fanatics, stop fantasizing about MY blood.

And learn how to make a heavenly blood pudding instead...

Oh. My. Gorilla. Forget about sending those religious fanatics to cooking school.

I knew they were crazy eh?

I knew they wanted to kill me and my friends.

But who knew they were CANNIBALS?
Posted by Simon at 7:04 PM

It takes a particularly sad kind of person to follow in the steps of Carrie Cumjeans to gain notoriety.

She has Karla Homolka's eyes.

Sadly, I can't successfully link a photo to this comment.

If you go to this link, you'll find the photo with those eyes.

LOL, good one. Did you see Dan Savage on Olbermann last night? He did a real number on this bimbette.

Anybody who uses Leviticus to bash homosexuality is a moron. I think that's a general rule. Romans 1 is a little harder to debunk.

Simon, I totally relate to your pain & the vapipd idiocy of people like "beauty queen". (she seems to be a little uncertain about her grammar - finishing school WOULD be a good idea!)
Since she's parroting (sort of) what the bible says, you might want to send her Sister Betty Bowers OTHER video, to explain ALL the other combinations that are biblically a-ok! ('cept you, honey, apparently. But we wouldn't trade you for any number of girl beauty queens who can't even cook! Let alone WRITE! ;-)

Betty Bowers Explains Traditional Marriage to Everyone Else
http://www.youtube.com/watch?v=3hXQRKIW5Tw&feature=related

hi Bruce...it is, but I think that she saw how much publicity Carrie Prejean got so she's trying to follow in her footsteps.
I think she's just dumb rather than malicious but I just hate that horrible Leviticus clause. Especially the part about rubbing our blood over our faces. I think of the people I love and it makes me really angry...

hi Torontonian...I don't know if I'd compare her to Karla Homolka because as I said before I think she's just plain dumb.
I mean she has to be since she goes on to say that some of her best friends are gay. *Groan*
But she's right about this:

hi JJ...no I didn't see Dan Savage, but knowing him I bet he was harder on her than I was.
And if you enjoyed it I know I would have too... :)

hi CanNurse...thanks for that video it was a hoot. And so true too.
I probably shouldn't have even written a post about her, because the more publicity the better for her.
But as I told Bruce I think I hate that Leviticus quote with a passion. In fact whenever I stay in a hotel I always try to remember to rip it out of the Gideon Bible. And once when I was truly desperate I rolled a joint with it. But of course all I got was a pounding headache. :)
Seriously though, if Stephen Harper and his wretched theocons had their way they would be forcing that quote on gay kids in school...along with the bit about how little girls are born to be subordinate... and there would be nothing anyone could do about it.
Which of course is one of the main reasons I hate those Cons so much...

P.S. I thought I was the only one ripping that quote out of the Bible. But then I found out that Sir Ian McKellen...who played Gandalf in the Lord of the Ring...had been doing it for years.
So I felt very wizardly... :)

hi anonymous AKA Karol...just give it up eh? I'm NEVER going to publish any of your filthy comments. Just like I always deleted your mass e-mails after making a copy for the police.
I'm not surprised you can see a direct correlation between homosexuality and cannibalism. but then you're mentally ill and nobody else does. Buh bye and have a miserable life because quite frankly if I was you I'd eat myself...

hi prin...I don't think it's a matter of debunking I just don't believe that anything that was written in those barbaric times should have any relevance today.
Especially the stuff written about Saul/Paul who either had a stroke or a hallucination on the road to Damascus.
My mum's interpretation of the Bible is that Jesus is LOVE.
And since she is a good and kind person, and the world needs all the love it can get, I can live with that one...

Savage quoted Paul (or some other thing) saying that if a woman wasn't a virgin on her wedding night she could be killed.

Apparently our Christian beauty queen is friends with Paris Hilton in real life.

I agree Simon. She's no Karla but she IS is a bimbo. I think it's her way of getting the attention she obviously would never get. she was on tmz last night and still stood by her words even though "she has so many gay friends"! I wonder how many gay friends she'll still have after all this... Check out http://www.facebook.com/pages/wwwloshomoscom/76276720266
it's a must!!