Why the Cons Should be Arrested 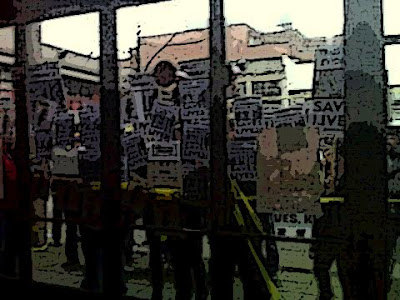 I got home from work today, put on the TV, and there was Harper's monkey Dimitri Soudas accusing the wonderfully human Libby Davies of endangering human lives.

“Veterans, seniors and young children are currently being prevented from exiting or entering the Chinese Cultural Centre of Greater Vancouver because the Libby Davies “welcoming committee” has taped all exits shut..."

"The situation has created a security risk for all the people currently in the building. Some doors have been chained or taped shut while people were preparing for a Chinese New Year rehearsal.”

When Libby had nothing to do with the demonstration. Nobody was in danger. And the only people threatening the lives of Canadians are the foul Con ideologues, who would turn Canada into Amerika.

By shutting down the Insite facility, just to create a wedge issue, in a province where their polls are tanking. Just to appease their rabid wingnut base.

Even though it could cost the lives of thousands of Canada's poorest and most vulnerable citizens. 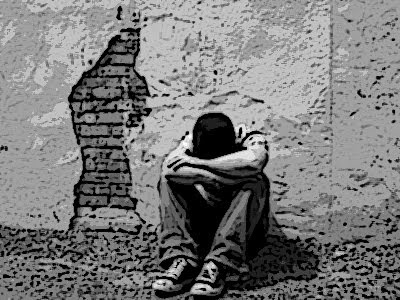 Even though their brutish RepubliCon ideology is nothing less than murder.

Oh boy. What more can I say or do? Except add to my list of things we must do to save Canada.

First we organize, unite, and defeat these Con bastards.

Then we charge them with crimes against humanity.

Mon Dieu.!
Over $900 million worth of security in Vancouver and they don't have some chain cutters or anything to slice a bit of tape?
Those lovely looking rather middle class in appearance, concerned protesters/citizens didnot look very threatening to me.
Harper is the one disobeying the courts.

It looks like Kady O'Malley has a pretty good timeline of yesterday's events.
*************
ONE LAST UPDATE: Just to reiterate what I tweeted a few moments ago, given the timeline, it seems as though it would have been entirely possible for the chains to have been removed by police before Libby Davies arrived, or without her having been aware of them. At the same time, Dimitri Soudas was correct in stating that, according to the Vancouver Police Department, the protesters may well have temporarily blocked the exits.

See? It is possible for two people to have two radically different perceptions of the same event without either of them knowingly misrepresenting the facts. Would this be a bad time to suggest apologies all around?
http://ow.ly/16h90
******************
Paid Con shill Stephen Taylor has published photos supplied by the PMO at http://ow.ly/16lWJ.

I find the photos a bit fishy. There's the photo you've worked with that shows a whole bank of doors with crash bars and no horizontal centre dividers. These show some loose yellow caution tape and show protesters outside.

Additionally, the chain photo from inside shows what appear to be passersby but no protesters outside.

According Kady's timeline, activists (or agents provocateurs?) did put chains on the doors which were quickly removed by police as soon as they arrived on the scene.

There is excuse for anyone chaining doors with people inside a building. I find it curious yet typical that Soudas jumps up and accuses Libby Davies of organizing the event and of holding people hostage. Wasn't Soudas the same guy who jumped to conclusions in Copenhagen and publicly wrongly blamed a Montreal environmental activist for the Yes Men fake website stunt?

Another thing that strikes me as very odd is that with all of the heightened security in Vancouver, that the PM's entourage could not be escorted through a relatively small crowd of demonstrators. According to reports I've heard, the ability of a small number of people to disrupt the PM's schedule is giving encouragement to those who have larger demonstrations in the works.

I wonder if the PM wanted his photo op to be disrupted. BTW, I thought he prorogued on accounta he needed the time to get important work done. Photo ops? Addressing the BC legislature?

It's all fishy, I tells ya. Fishy an' stinky.

hi Oemissions... Mon Dieu indeed!!
The police were there in a flash. The protesters were loud but peaceful. They had every right to be angry because it's their lives in their community.
And Harper's monkey Dimitri was just trying to make it sound like it was an attack on the Chinese community to try to boost their polls.
These Cons are revolting....

hi JimBobby...I agree...it stinks. And I don't doubt the Cons were there hoping that the protesters would be violent. And when they weren't they still made it sound like anybody was in real danger when of course they weren't.
As I said the other day these Cons are desperate, they have a massive polling organization, and they'll do ANYTHING...