David Fortin and the Bullies 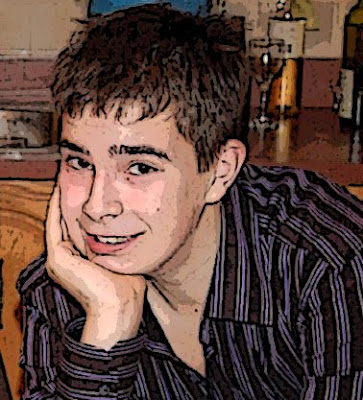 When I read about what the bullies did to David Fortin it makes me both sad and angry.

Despite being big for his age, David never fought back when other kids teased or hit him. His only friend was a girl who, like him, was often bullied.

In elementary school, David’s teachers would dismiss him five minutes early so he could run home before the other kids got out of class. “Because otherwise, they would beat him up or throw snowballs at him if it was winter. And sometimes, when he didn’t have time, he would hide until all the others left. Or he would wait for his sister, and his little sister would have to defend him.

Sad because although I should know better, I still can't believe that people can be so cruel.

Gangs of kids lay in wait for David at lunch hour and after school. He was taunted, punched and kicked, his possessions stolen and vandalized.

“I don’t know how many times we had to buy new bicycles. They came and stole them from our yard. I can also tell you that the windows of his bedroom were broken more than once.”

Angry because these bullies got away with it, and school officials still don't get it.

There is no reason to believe David Fortin's disappearance had anything to do with bullying at school, claims the official who oversees the high school the teen attended.

Oh boy. I could say such angry things. Because bullies drive me wild. I'm sorry to say by the time I left high school I had probably picked more fights with them than they did with me.

But David Fortin had a right to be gentle. 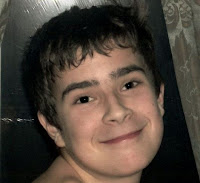 No Canadian child should have to endure what he had to endure. And bullying should NEVER be taken for granted.

As of today all school staff in Ontario are required to report serious student incidents such as bullying to the school principal.

Staff who fail to report serious incidents could face sanctions under the Ontario College of Teachers Act for failing to comply with the Education Act.

In what may be the first case of its kind in Ontario, the mother of a nine-year-old Kitchener boy is suing the Waterloo Region Catholic School Board and the Region of Waterloo for failing to protect her son from bullying.

The lawsuits, filed in small claims court, allege the boy has been traumatized by bullies who have repeatedly sent him home with bruises, fat lips, cuts and stab wounds from a pencil.

Because until people start PAYING for this crime against children nothing will ever change. Canada has one of the worst bullying records in the developed world.

hi prin...thanks...it's such a sad story I just had to say something.
Let's just hope it has a happy ending...

hi thwap...yes bullies are cowards, and what a lot of Canadians don't know is that a lot of them become problem adults and criminals. So you either you deal with the problem while they are still kids, or you pay for it later...

I'm sorry but where did you take your information? Media? I seriously dont thing David go away only because of the kid from is school. He was in the school with least bullying. If you only take your info from the media, know that they exagerate the thing.

I'm sure that more than a few of David's teachers wish they would have done more for him when they could have... or at least I hope. I think we are at the point where we need to introduce laws which implicate school officials and the parents of bullies to be charged with the responsibility of making sure bullying doesn't happen over and over again. And fines if bullying occurs.
In any case, I hope David is alive and well and will come out from hiding soon.

Teacher??? Neahhhhh they don't fix bullies them,,,, I would never involved the teachers if my kid would have been bullied,,,,I would take care of the bullies MYSELF with a gang and after I'd be done with them, they would NEVER touch my kid again,, beleive me

your sound guilty or responsible.

Wether or not David's dissaperance had anything to do with kid's bullying him at school we don't know. That doesen't change the fact he (like so many other children) was bullied everyday.
No child should ever be abused like this and no human being or child should ever get away with treating others so horribly.
You dont think kids at school could possibly be the reason for this boy to run away?
It's clear you dont know what it could of been like in his shoe's. We all know there have been cases of kids who sadly chose to end their own live's because of bullying.
The issues of bullying and how horrific it can be is not only coming from the media, it's coming from many different sources such as the victims, others who witness, occasionaly a youtube video, the bullies themselves sometimes too!
Bullying has not been over exagerated by the media what so ever!!!

And if you say David was in the school with the least bullying then that goes to show just how disgusting the problem with bullies is and that we need to put a stop to them now!
Start intervening & punishing these bullies and hold them accountable for their actions no matter how old they are.