My Medicare Letter to the Americans 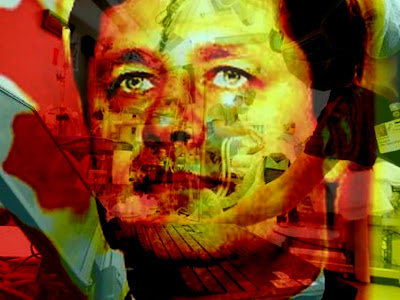 Since Stephen Harper refuses to defend our medicare system from the all-out attack by right-wingers in the United States. Which is also an attack on our Canadian values. The values he doesn't believe in.

And by so doing is not only insulting Canadians but also confusing Americans who need all the help they can get. I thought I'd write a short note to try to clear up things, and help them make the right choice:

Since I live right next to you I couldn't help but notice there's been a lot of shouting and banging on the wall, about Obama's healthcare plan. And that the Republicans and the big greedy insurance companies are trying to make idiots out of you. By dumping on OUR medicare system.

Which is ridiculous eh? Because compared to yours our system is the BEST.

You see...in our country when you get sick all you have to worry about is getting well. Because we believe all sick people have a right to be treated equally....in the pursuit of good health and happiness.

While in your country it's all about squeezing the sick for profits.

For Potter it was a dreadful realisation that healthcare in America had failed millions of poor, sick people and that he, and the industry he worked for, did not care about the human cost of their relentless search for profits. "It was over-powering. It was just more than I could possibly have imagined could be happening in America,"

"I worked as a senior executive at health insurance companies and I saw how they confuse their customers and dump the sick: all so they can satisfy their Wall Street investors."

So in our country when you arrive at a hospital the first person who sees you is a doctor or a nurse. While in your country it's usually a clerk demanding to know how you are going to pay for your treatment. With cash, or a credit card, your house, or EVERYTHING you own?

Which can make you even SICKER eh?

And if you can't pay it's off to the Zimbabwe welfare hospital....or the cattle barn.

So when you see those ridiculous TV ads just remember those greedy grubbers are just trying to fool you so they can keep making money out of your MISERY.

Don't listen to that Canadian woman,Shona Holmes, who says in one of those ads she was going to die because she couldn't get an operation. When in fact she wasn't.

Just remember who is funding her challenge.

And who is paying for those crazy ads.

Rick Scott, a former hospital company chief executive, leads a group called Conservatives for Patients’ Rights. He was forced to resign as C.E.O. after his company defrauded the government through overbilling and is now spending his time trying to block meaningful health care reform by terrifying us with commercials of “real-life stories of the victims of government-run health care.”

Remember too....because this is REALLY important...that thanks to our "socialist" medicare system we live longer on average than you do.

And when it comes to those famous waiting times...well....why don't I let some other hosers tell you about them...


Yup. Those are real hosers. Always complaining about something.

Oh....and one more thing. And this is why I find your ugly squabble so RIDICULOUS.

Even if Obama does manage to improve your healthcare system, it STILL won't be as good as ours.

Sorry. Only in Canada eh?

Good luck. Your proud to be a Canadian friend.

P.S. If our RepubliCon Prime Minister Stephen Harper makes a commercial attacking medicare. Because he spent FIFTEEN years trying to destroy it, and he hates it sooooooooo much.

Great letter! Here's what I posted at DailyKos:

We all need to do whatever we can to get the word out to our American neighbours - not just to the 'friendlies' but to the mainstream press and even (gulp!) Fox. They need to know the truth from real Canadians. Because as much fun as it is to lord it over them, the longer the U.S. goes without public healthcare, the stronger the corporate health insurance and pharama industry will become and the harder it will be to resist when they start seriously coming after us.

I have never heard of an American citizen going anywhere to receive care.

I have heard of citizens from all over the world including Canada going to the USA for the best care in world.

Don't compare the quality of the care to the availability of it.

I like your blog, I consider it is very interesting, especially as I'm interested in Montreal and Canada. On my blog is a link you yours.
Salut.

I have, in fact, heard stories of Americans travelling elsewhere for things like stem cell therapy. But in general you're right - Americans who can afford it can get the best care, or at least the best medical technology, in the world. I don't think anyone is disputing that, although in 99.9 percent of cases you have exactly the same treatments available here as there.

There was one commenter on my DailyKos post who has his own horror story about kidney failure and what he's been through with the U.S. system. I made a joke that Canada's immigration system should allow for "medical refugees" from the U.S., and he responded by pleading with me to look into whether this would actually be possible because he would move here in a second if he could but had looked into it and found that he would not be allowed to immigrate.

He also said that once he's maxed out on Medicaid he won't be able to afford dialysis any more and has resigned himself to moving into hospice care at that point to wait to die. I'm tempted to drive down there, stuff him in the trunk of my car and smuggle him across the border.

Hi Jennifer...thanks and I like your post too. You're quite right the stakes are enormous for both of us. And the power of those lobbies so large...four private healthcare lobbyists for every person in Congress.
And as you know...I don't trust Stephen Harper at all when it comes to medicare or the two-tiered delivery of healthcare.
So in a way I'm glad that this healthcare battle in the U.S. is taking place. Because we can help our neighbours see through the bullshit,and help ourselves to appreciate our wonderfully human medicare system...

Hi anonymous...I'm not. I recognize the United States for its great medical achievements...fine doctors and some of the world's best equipment.
But what good is it if more Americans can't afford it? For me healthcare is a human right, and a measure of true civilization.
I simply could not conceive of it as anything else.
But unfortunately powerful interests would turn something noble and beautiful into something greedy or ugly. Americans can do better than that. And I hope they will...

P.S. excuse my Spanish I get it mixed up with French. Carajo...

Hi, Simon, your Spanish seems to be perfect.

It was a pleasure to disconnect from European politics some weeks when I was there.

hi Atreides...My Spanish is good? Muchas gracias. That's not what my teacher used to say... ;)
I'm glad you've visited Montreal, and I'm impressed that you are able to disconnect from European politics.
I wish I could do that here...porque estos dias la politica aqui es una mierda... :)

Your Spanish seems to be good so far I can read here ;-)
La política parece ser una mierda en todas partes. Harper is a Bilderberger, isn't he?
In Montreal I got the impression to live in a little part of former Europe, but far away from the real Europe. The problem of the politicians seems to be that they live their life inside the political parties and don't know anything about real life. Only internal struggles for power. That explains why e.g. the EU is not able to make what the citizens need.