Remembrance Day and the Other Victims of War 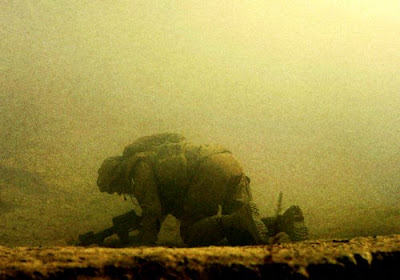 A Canadian soldier crawls to safety after being wounded by a Taliban shell.

In Kandahar families visit the place where their loved ones died.

And all across the country the bagpipes wail.

But how do we honour the dead...and not glorify war?

How do we remember that for every dead hero...there are many others who died but are still alive?

Hundreds of Canadian soldiers returning from Afghanistan are suffering from a range of mental-health problems linked to their deployment, according to new data.

About 28 per cent of the 2,700 Canadian Forces soldiers who were screened after serving in the war-torn country were found to have symptoms of one or more mental-health problems, including depression, panic disorders and suicidal tendencies

Over and over, Reyes screams "Mom!" at the top of his lungs. He asks for milk, and he wears a diaper. He plays with plastic figurines of such characters as Donatello from the Teenage Mutant Ninja Turtles and the Undertaker from WWE. He's 25 years old and needs his mother now as much as he did as a young boy growing up on the Bronx streets, maybe more. She's begun to call him "Baby Bamm Bamm"—two years ago, his comrades called him Red Dog.

How do we remember Red Dog? When his country has already forgotten him.

How do we remember that many battles don't need to be fought?

Take it from me and the fighting Frasers. Honour our war dead. Salute the brave. Weep for the young lives lost.

But don't forget all those other victims.

And if you're young and idealistic, or naive or stupid.

Always remember that war is hell.

No matter what they tell you... 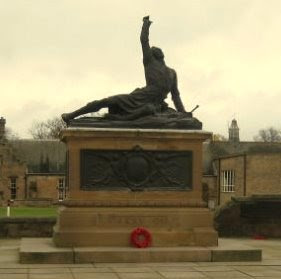 It can't be said loud enough or often enough Simon.

"Always remember that war is hell."

"But on their march home, the 300 Frasers were ambushed by 500 MacDonalds. Only five Frasers and eight MacDonalds are said to have survived the battle"

Hi Sassy...people are always saying that war is hell...but they don't know what hell means.The military is an important part of my family's history. And I was raised to admire its many admirable qualities...like discipline, bravery, male bonding etc. But people who glorify it without having experienced it or seen it close up...should just stop yapping...or sign up!!

Hi anonymous!! Yes that is quite an impressive tribute to the bloodthirsty barbarism of my ancestors. But on the other hand I'm sure the MacDonalds deserved it. And the good news is that the survivors all went out together after the battle, got roaringly drunk, and promised not to try to kill each other...for at least a month!! :)

P.S. I believe my family considers that battle a moral victory...