Afghanistan: The Monsters and the Barbarians 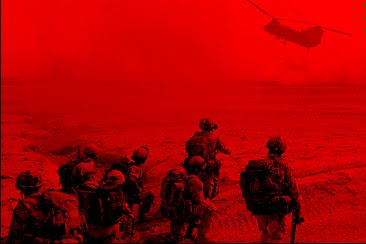 Just in case we need to be reminded what monsters the Taliban are.

Just in case we need to be reminded how barbarous and corrupt our Afghan allies are.

Once the shooting began, it took more than five minutes to kill the last of the 15 condemned men.

However, when the final coup de grace had been applied and the night was silent again, it was clear that one man was missing. Timur Shah, perhaps Afghanistan’s most infamous criminal, sentenced to die for kidnap, rape and murder, had escaped in the mêlée that was the country’s first official execution for three years

The condemned prisoners were killed in a chaotic, group turkey shoot. And Timur Shah had escaped with the complicity of corrupt guards.

The bodies were collected. With multiple close-range gunshot wounds, many had their faces blown off and were unidentifiable. Foreign diplomats suggested later that some of the bodies had also been bayoneted

Just in case the military and the Cons need to be reminded that in Canada human rights count.

The Federal Court has cleared the way for two human rights groups to challenge Canada's policy of handing Afghan detainees into local custody where they might be tortured.

Just in case Peter MacKay needed to be reminded how badly the war is going.

Just in case we all need to be reminded what a tragic FARCE it has become....

He said the attack was a signal of desperation from insurgents, but that it was worrisome because "it means the enemy still has some freedom of movement."

I know how we got into this mess.

good gawd, DUH is right! we can only get out with the vote...dion and layton may be sorry they never challenged the throne speech.

Love Child - I agree that getting rid of the so-called leaders who insist on staying involved while lying about what is really happening over there (Harper and Bush to name two) is a good idea, if fact both Canada and the US would be better off in so many ways if they were gone BUT there must be a cleaner way with less civilian casualities than that

Hi Feynman...hmmm...sometimes it's tempting. But do you think we could get the good guys out first?

Hi Scout...you know the good news...the only good news...is that sooner or later this war and his overeager desire to please Bush is going to get him into trouble.

Hi Sassy...Thanks. One of the problems with the lack of real reporting is that noboody here is keeping an eye on what the Americans are doing in Afghanistan.Their army is strained and beat so they don't take any chances....and use airpower at the slightest gun battle. Which means lots of civilian casualties and is exactly the wrong way to fight a counter insurgency war. Our soldiers are far more patient...but they are only one small part of the NATO mission. So the bottom line is we have no real idea what's really going on in that country...even as our soldiers are dying...for a mission that is configured as it is now...can't possibly succeed.
If I could wave a wand over that hellhole and make it all work out believe me I would. But I don't have those powers. Yet.... :)