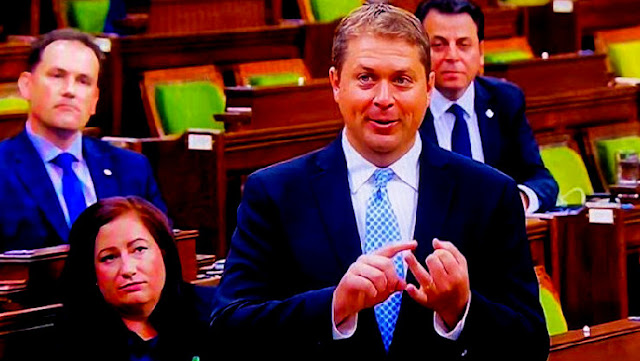 I went to a lot of trouble to make sure I didn't miss Andrew Scheer's last Question Period as Con leader.

I wondered whether on this last day he might show some class, and raise himself out of the gutter where he has spent the last two years smearing Justin Trudeau.

But alas, the miserable Schmear monger was not capable of that.

And it was just another horror show. 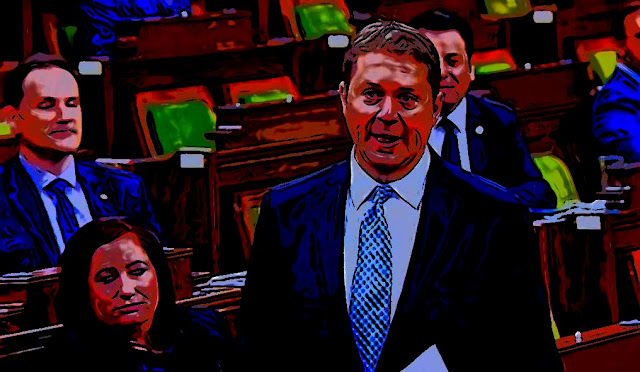 With Scheer going after Trudeau right from the start, while his ugly Cons howled like hyenas.

Lots of cheers and applause on Parliament Hill. Andrew Scheer's House of Commons appearance marking his last day as the leader of the opposition was a rowdy one. He took swings at Justin Trudeau as soon as he started speaking.

Claiming that Trudeau, who is on vacation, was too scared to be there.

"It looks like my last question period as leader of the Conservative Party is just like my first, warm, sunny and the Prime Minister nowhere to be found," Scheer said.

While the scummy Pierre Poilievre took it one step further... 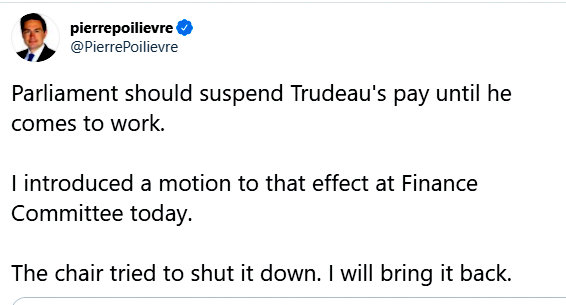 As only the man who Wayne Easter once compared to a pigeon could...

The ghastly #PigeonPierre who should have been caged long ago.

And finally rounding off this horror show was the clown leader of the Bloc, calling on the government to resign,or else.

Bloc Québécois Leader Yves-François Blanchet says he will try to trigger a fall election if the prime minister, his chief of staff and his finance minister don't resign.

The absurd little demagogue who if the Cons and the Con media hadn't smeared Trudeau so relentlessly, would never be so popular in Quebec... 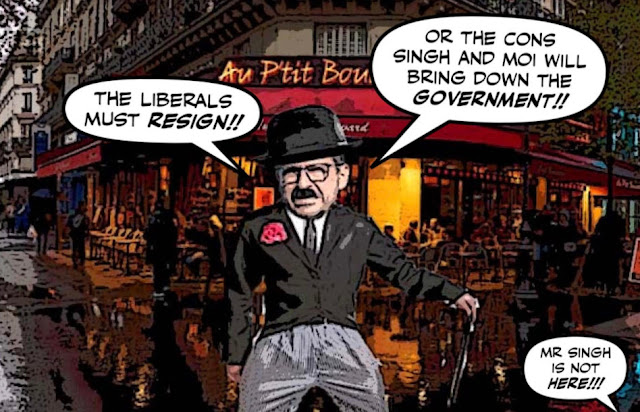 And would not be playing cheap political games, in the middle of a pandemic.

And yes, what more can I say about Scheer and his foul legacy than what I said on Twitter? 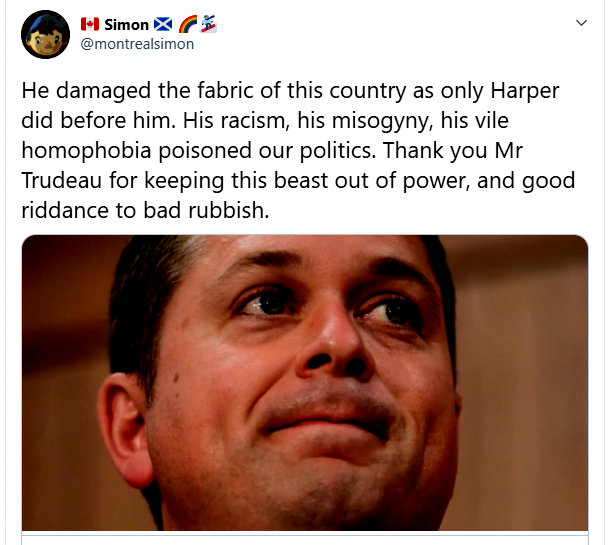 The Ugly America really is a truly awful man.

So I'm damned proud that my readers and I attacked him day after day harder than just about anybody else in the blogosphere.

For compared to us, most of the other so-called progressive bloggers, including those at Progressive Kinsella Bloggers, were little more than Scheer collaborators.

Oh well, they will have to deal with that shame, while I can hold my head high and go on to fight the next Con enemy.

Until we can flush the last one into the toilet of history. 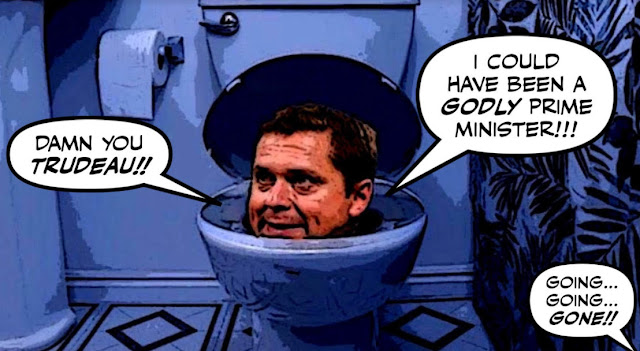 The Finance Committee hearing today was fun. Pierre Peckerhead has never learned the lesson " never ask a question that will make you look like an asshole."

His stupid interruptions were answered by "No". The WE people were calm, professional and believable while Skippy went more and more for the cross between a Rottweiler and a miniature Poodle crossbreed look. Won't hurt you but a vicious gossip.

Good riddance to bad rubbish. Though I'm sure Macho MMMKay won't demonstrate any semblance of decency. This is who they are. As for Blanchet, I hope he is able to make good on his threats, because Canadians won't stand for a pandemic election and the Liberals would win back a majority. The fucking creep is smearing Trudeau with the fake "Oui" scandal to throw the scent off his own very real and far worse one. I am so disgusted with all of them, the Dippers included and especially so. But it's not like the Quebexit shit disturbers have fared too well going up against a Trudeau in the past. I suspect Blanchet, if he does get the fall election he so desires, would be the next to see his ass kicked, in line with the family tradition.

Meanwhile, in real news... whatever happened to the pandemic?

Peirie penis must have liked my comment about Justin taking goverment money.