Jack Layton and the Message of Hope

It's hard to believe that it's now been nine years since Jack Layton died. It seems so long ago, yet I remember that day so vividly.
I was up early that day, and as I biked down by the lake where Jack liked to go biking, the sun came up a brilliant orange, and I knew he was gone.
But I'll never forget him, or his love for life, and his fighting spirit. And these words in his final letter to Canadians still inspire me.
My friends, love is better than anger. Hope is better than fear. Optimism is better than despair. So let us be loving, hopeful and optimistic. And we’ll change the world.
So I was disgusted to see the ghastly National Post and other right wing rags trying to use that letter to smear Joe Biden.

Democratic presidential candidate Joe Biden, a man not unaccustomed to allegations of plagiarism, is now being accused of copying the words of former New Democratic Party leader Jack Layton.

Which is absurd since Biden is a happy warrior like Layton was, and was only speaking their shared language of hope. Layton was inspired by Wilfrid Laurier.

“Let me tell you that for the solution of these problems you have a safe guide, an unfailing light if you remember that faith is better than doubt and love is better than hate,” said Laurier.

And what really scares those right wingers is seeing those words of hope written in chalk by thousands of young and old people. 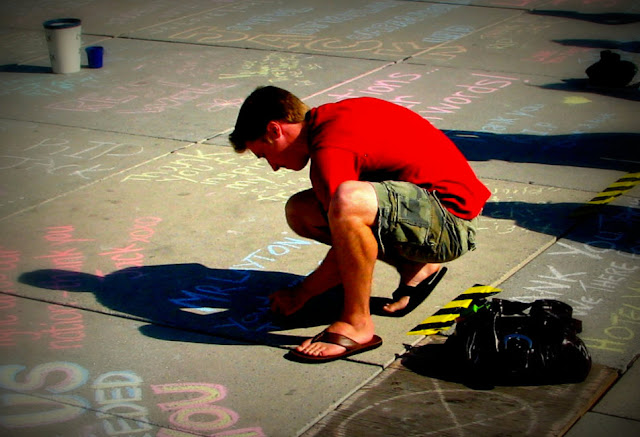 For there were so many of them writing their messages in the courtyard of the Toronto City Hall. 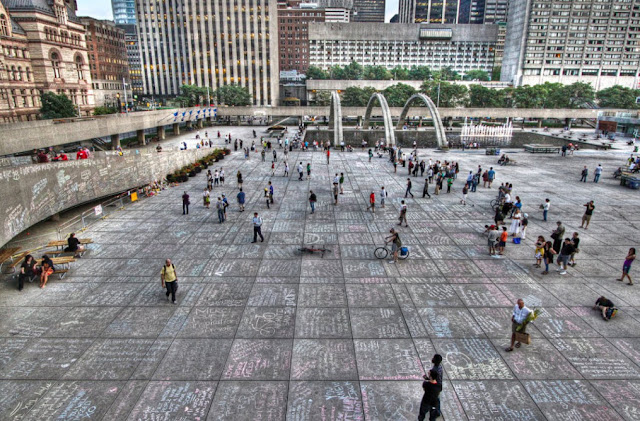 And it was the biggest and most amazing mass tribute I have ever seen.
I started drifting away from the NDP after Tom Mulcair replaced Jack's sunny optimism with his angry negativity, and took the party to the right of the Liberals.
And Jagmeet Singh's NDP has been another disappointment for it's more of the same old Trudeau bashing day after day after day. 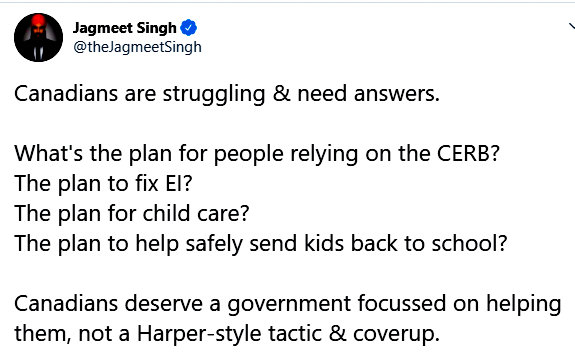 And a man who claims Trudeau is another Harper is not my kind of leader, and definitely not another Jack Layton. 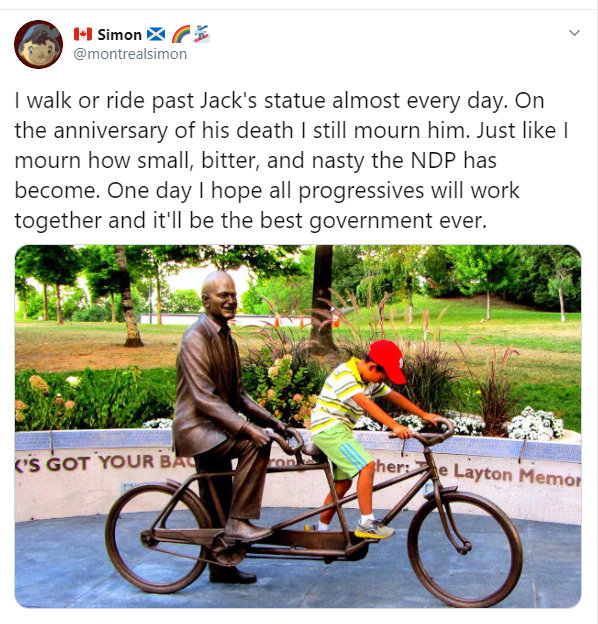 Layton was not perfect, he made his share of mistakes, including bringing down the Liberal government, which led to ten years of Stephen Harper.
Which was some mistake eh?
But I always felt his heart was in the right place, and because I also wear my heart on my sleeve, I forgive people like that.
So I made this video to remember him..
.
It all seems so long ago.
Layton's memory is fading with the passage of time.
But we need his message of hope even more than we did then.
So hopefully it will live forever. 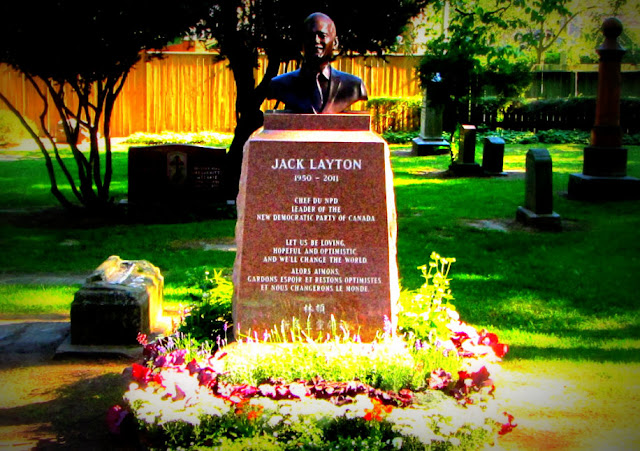 Layton abandoned traditional NDP leftist policies and entered a unwritten alliance with Harper. He went easy on Harper and the two focussed all their fire on destroying the Liberal Party. This would leave the NDP in a Brit situation where in an alternating two party system government would eventually arrive. Mulcair went pure centrist and brought an end to the traditional CCF/NDP Douglas view of the world.
I thought Singh might take the NDP back to its roots, but so far disappointment.
When Layton became leader my vote and support went to Trudeau, the only home for traditional progressives.
Singh could win me back, but he has a long way to go. Angus is a sad spectacle. Way back with Layton he adopted Trudeau hate as a policy, and along with many NDP MPs held hands with Lisa Raitt and others on the panel shows.
Sorry Simon. I disagree totally on Layton. He almost or may have actually destroyed the NDP.

I'm sorry Simon, and please don't get mad at me, but as a respectful disagreement, I have come not to praise Caesar but to bury him. I know you admire the guy, and I nevertheless can respect your opinion even if we fundamentally disagree on this front. I don't necessarily wish ill upon his family, but nor do I think the man deserves the retconned canonization he's received either. He reminds me too much of a proto-Bernie Sanders, and as I'm sure you'll note from my previous commentary, that's not a good thing, at least from my perspective. I'm probably offside with the zeitgeist of my generation, but I stand by my assertions about both men.

However, I do still believe, as I'm sure you do, that Trudeau sincerely believes in Laurier's (and, subsequently, Biden's) message of decency and "positive politics," in spite of all the fake news hit pieces as of late proclaiming him a cynical power-hungry politician. If anything that was Layton, not Trudeau. Mulcair just amplified the aggressiveness and negativity to a ludicrous extent, while Singh tries to use the race card and a cadre of online purity trolls to deflect from his incompetence. Even as NDP surrogates, again mirroring the Cons, have the gall to complain about "Liberal Twitter." The fact is the party has no talent and no ideas just like the Cons have nothing in Harper's aftermath. Whereas Trudeau made sure to build up a strong front bench in the event he chooses to depart. But for different reasons, both Trudeau and Layton have assured the NDP's perpetual irrelevance on the parliamentary stage.

Here's a couple of articles with a very different perspective on Jack's legacy and why he did what he did, including one from me linked in that first paragraph above. It wasn't naïveté or a "mistake," his Faustian blood bargain with Harper. It was craven politics from a cult-of-personality ideologue, the kind that the NDP, Cons and their media acolytes are projecting about when they accuse the same of Trudeau. Again, even though we disagree on this particular front, I hope all is well with you, and know that we both share a goal of a better Can-Am for the future.

I would agree with JW.

He continued to focus on the Liberals, over the Conservatives, in 2009 and 2011 and he would have done the same in 2015 if he had lived. I shudder to think if he had lived what the result of the 2015 election would have been. His appeal probably would have been enough to split the progressive vote, yet again, handing the government back to Stephen Harper for another four years.

Mr. Layton's nice words cannot make up for his actions and the consequences to Canada and Canadians for those actions.