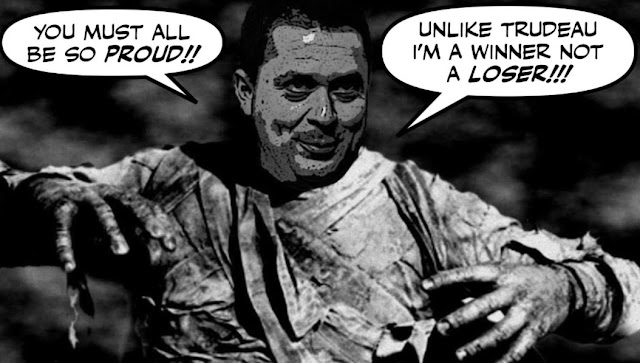 I never expected to write a post on Andrew Scheer's last day in office. I thought after more than two years of attacking him on an almost daily basis  I was done with him.

And since I am working on a farewell video, and I have so much material I don't know where to start, I thought I would just try to ignore him.

Not after seeing how extravagantly he was praising himself. 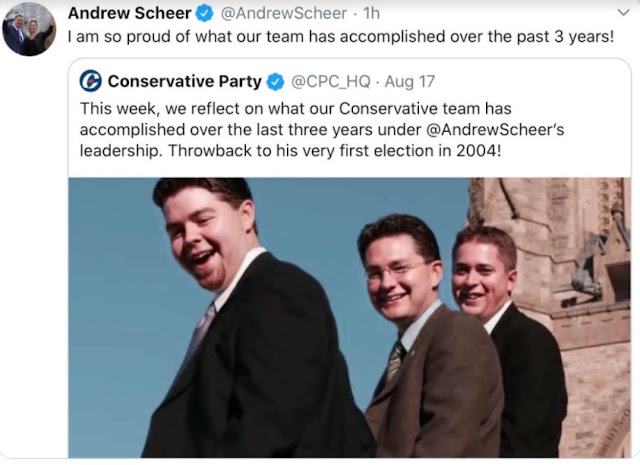 And then I saw this:

The media bias has never been more clear. The CBC spends all its time covering left-wing American politicians and then asks me why there isn’t more buzz around one of our candidates. Unbelievable. pic.twitter.com/doJh1krY6a

Can you believe it? The Ugly American is accusing the Con media, especially the CBC, of covering too many American stories, and working to defeat him.

You know, the old I was stabbed in the back routine, much favoured by fascists all over the world.

Even though the CBC like all the others in the Con media slobbered over him like a baby, despite his plans to kill it.

Conservative leadership candidate Andrew Scheer suggested that if he were to become prime minister, he would axe the news division of CBC.

And if the Con media hadn't protected him and amplified his ghastly message, he wouldn't have lasted six months, for he was in my opinion the worst opposition leader in modern Canadian history.

A disgusting Con who debased himself and our country, and may have fatally divided it. 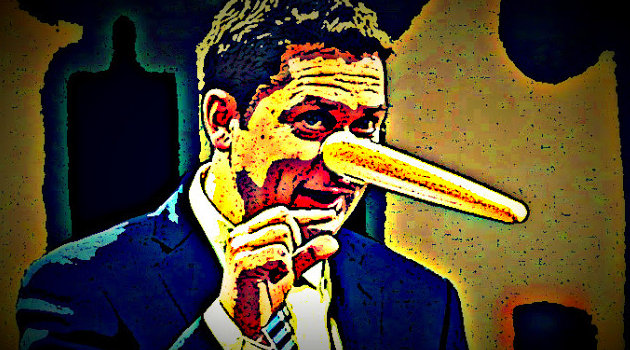 Pursued by yours truly who for more than two years was determined that he would never get away with ANYTHING.

But at least he left almost nothing behind for Canadians to remember him by in these pandemic times, except the sound of his grating voice blaming everything on Justin Trudeau.

And my new favourite, the story of the terrified mask. 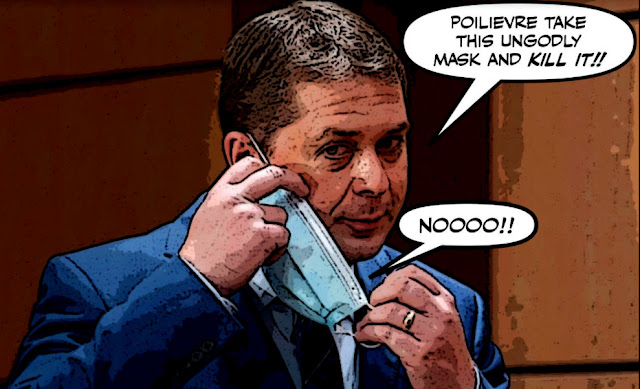 A shocked and frightened face mask has escaped Conservative Leader Andrew Scheer’s face after the traumatic experience of having to listen to what the opposition leader says.

Who unlike so many Canadians was able to escape Scheer's bigoted breath if only for one glorious moment.

The Blue 3M Mask reportedly did its best to muffle and gag Scheer’s voice, but once the conservative leader began explaining his views on same-sex marriage to the Rogers representative, the face mask had had enough. Unable to gag Scheer, the three-ply PPE ripped off its own straps, hurled itself into a passing garbage trolley and lit itself on fire.

But the mask at least will be remembered for its heroic sacrifice, unlike the Ugly American who might as well be leaving strapped to a burro backwards, or at least strapped to the roof of a car... 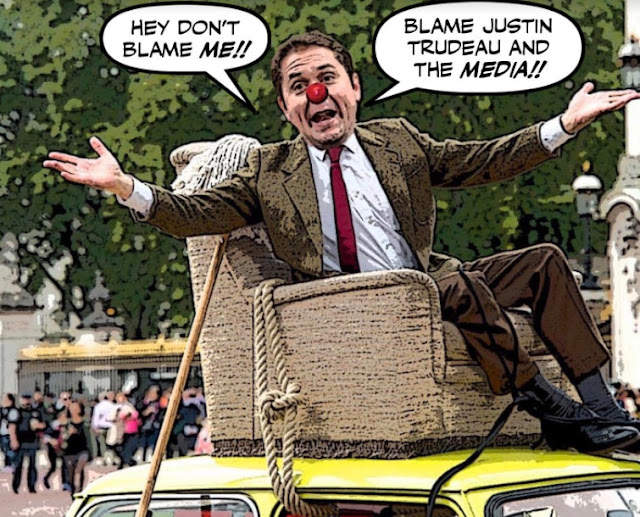 And that's the end of the story. For now.

I'll be back later today with my first post on the new Con leader.

And hopefully a video with my tribute to Andrew Scheer.

But it will be heartfelt... 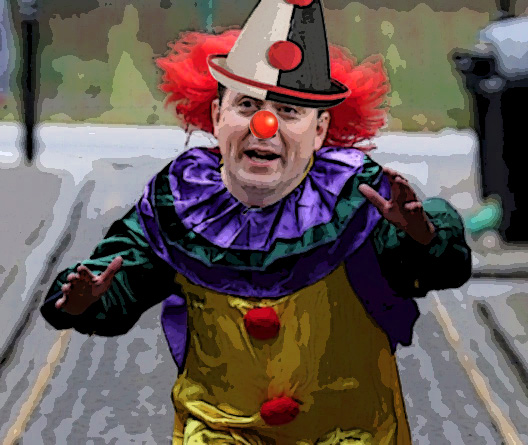 Shed a tear for poor Andy Doodle as he moves out of Stornoway. How will his family cope without the butler and the maid and the servantry? How will he pay rent or a mortgage without even an insurance license to his name? Thoughts and prayers, Andy. Welcome to the life of the Tim Hortons Canadians you pretend to champion.

Marshall Mcluan, Lenord Cohn both said something similar, the rich have thier tv sets in the bedroom of the poor. The print media, the video media and the audio media are now all owned.

I heard Potato Pete was going to pick him up in a helicopter, but the aircraft never took off because Harper's legacy weighed heavy like an albatross and caught them both up in an empty net.

O/T Simon but I couldn't contain myself. Another issue with the Cons counting their own votes or more accurately, their preferred candidate didn't win outright so now the cheating begins. So much for unity Andy lol.
JD

LOL Error O'Foole wins by a nose hair! David Orchard gets his revenge.

Does this mean my man JT gets to be prime minister until he's 80?

The same people who 24 hours ago wrote off the tool are now pumping his tires as being electoral kevlar with carbon fiber on the side. Hey dudes how much traction will your advanced materials get in Quebec when you can not speak french>

The anti abortionists and unsocial reformers voted the Tool in as leader on the third round after their preferred candidates were eliminated. The whole charade of running one trick ponies in the first place was to let the winner know they voted him in and now they own him big time.Will the Tool be a master of dog whistle double speak that they can only hear or will they only be satisfied with concrete action. In a show of good faith it is likely he will have to find a prominent place for Scheer as gate keeper then formulate policies that focus on making Canada better by marginilizing the others - Trudeau & co, environmentalists,communists, phantom criminals, the lazy, the spend thrifts, select minority groups, etc. Its a big tent with lots of opportunity to blame others but his challenge is the nut bars only represent approximately 35 to 40% of the Con party and the Cons (on a bad year) represent 35 to 40% of all Canadians. This means the 16% tail is trying to wag the 85% dog. Its a tall order but a few barbiturates and scratches in the right places sometimes works miracles but it never seems to end well for either the dog or the tail in the long run.