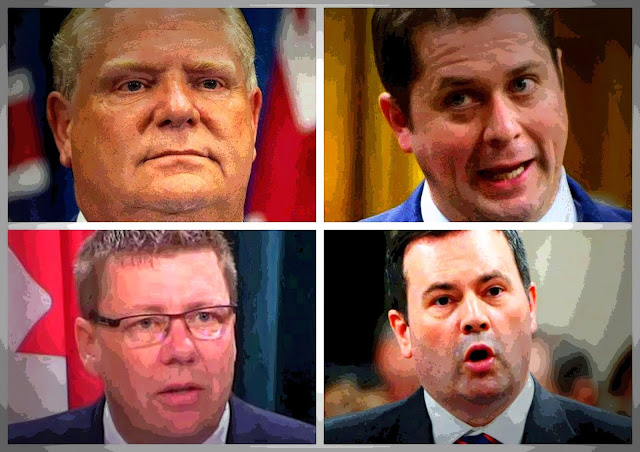 Whatever you do, don't tell Canada's grubby gang of Con climate change deniers anything. For I doubt they could survive the shock.

They want us to believe that fighting global warming is too expensive, not worth it, and bad for business.

And of course, that Justin Trudeau's job killing carbon tax is the worst tax ever in the history of the world.

But sadly for that Con gang, it seems that some of the world's biggest investors beg to disagree. 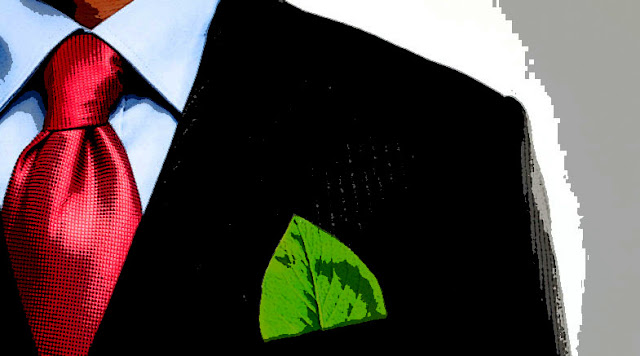 They're warning that the choice is simple: Tackle climate change or face ecological AND financial disaster.

Global investors managing $32tn issued a stark warning to governments at the UN climate summit on Monday, demanding urgent cuts in carbon emissions and the phasing out of all coal burning. Without these, the world faces a financial crash several times worse than the 2008 crisis, they said.

The investors include some of the world’s biggest pension funds, insurers and asset managers and marks the largest such intervention to date. They say fossil fuel subsidies must end and substantial taxes on carbon be introduced.

And that Cons should stop calling carbon taxes job killers, when they can be job creators.

Thomas DiNapoli, of the $207bn New York State Common Retirement Fund, another signatory, said taking action on global warming not only avoided damage but could boost jobs and growth. “The low-carbon economy presents numerous opportunities and investors who ignore the changing world do so at their own peril.”

Now I don't know whether enough business types will listen, or whether we have enough time, or whether our politicians will ever stop treating Alberta like our golden goose.

Instead of our tarry curse.

But I do know what it says about these Con clowns... 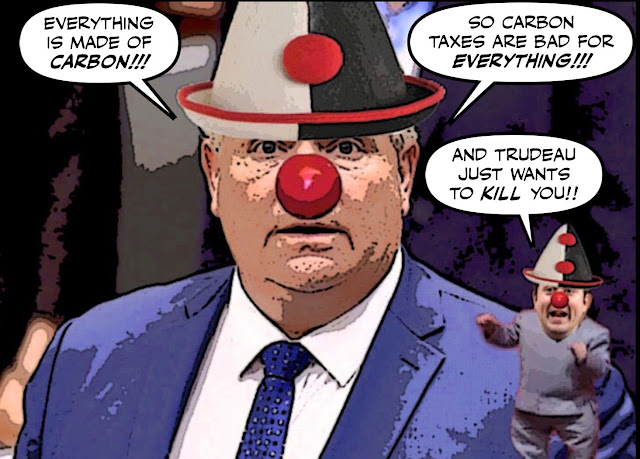 And they're way too dangerous to govern...

The U.S., Russia and Saudi Arabia were the only ones to sabotage the final statement at COP24 in Poland. Surprise, surprise. The axis of evil oiligarchies on the wrong side of human rights and the wrong side of history. At least no one can really accuse Justin Trudeau of not being well-informed on this matter: as he told Rosie Barton in last night's National interview, he just got done reading a book by author Chris Turner about the politics of the oil patch. Meanwhile, Moe and the rest of the stooges are still struggling to comprehend the coloring books they got for Christmas from the nearest Irving station. I have a feeling the Krampus is going to dump a Trump lump of "coal" in their wooden shoes this year.

The Cons really are screwed. By the time the federal election arrives, the freak Scheer will be standing there all alone in his underwear while Trudeau prepares to carve him a new a**hole. I can’t believe he can’t see the writing on the wall, but that’s his problem. Cons meet wall *SPLAT*

Pricing carbon is one more strike against the oil sands and the vast sums of government, bank and pension money that has been invested in their expansion. Rather than cut their losses and change course the interested parties that have loaned our money for their enrichment have doubled down and enlisted the Fantastic 5 to do their bidding to keep the scheme going as long as possible regardless of the price paid in both climate and environmental damage before its all over. It did not have to be this way, a much lower extraction volume combined with value added upgrade refineries would have produced the same revenue and employment with less risk but the oily messiah saw Canada as an energy superpower, and for that mega volume was required. The vision is not quite complete but his followers are still devoted. Unfortunately the causes Cons really get excited about cast a long dark shadow into the future and this one is no exception. If we don't destroy the planet first the environmental legacy left by the tar sands will be awesome and guess who will be stuck with the bill.
https://thetyee.ca/Opinion/2018/05/15/Oil-Sands-Tailing-Ponds-Time-Bomb/?utm_source=weekly&utm_medium=email&utm_campaign

Hi Jackie...I was actually hoping they would get a dog turd in their wooden shoes, but of course a lump of coal is more appropriate. In fact I think everyone should get one, so we can all be reminded what the planet could look like eventually, if the Cons are not vanquished. And you're right about the Con stooges and their colouring books. Blindness is one thing but ignorance is fatal...

Hi anon...I like your imagery. And I'm sure the sound of Cons meeting walls *SPLAT* would be like music to my ears. But we can't get overconfident, for the Cons will play dirty, and they will try to steal the election. Have a great holiday season and then get ready to fight like hell...

Hi RT...For a long time I tolerated the tar ponds as a necessary evil, while we transitioned to a greener future. But it seems the oil pimps will never be satisfied but want more, more, more. And with our future and the future of the planet at stake, we have to step up our attacks on them, and stop letting them get away with murder as the our shabby media does all the time. Or we can make up for their failure to protect the truth, or we will all go down together....

Of course big business joins the fight against change. Big business didn't get big by ignoring potential financial losses. Rising sea levels cost money. Huge damaging storms ruin the profit lines of insurance companies. if your staff is busy trying to re construct their lives they're not at work increasing your bottom line. If you product is being shipped from other countries and those countries have massive storms which destroy our factories and cause your workers to move, you have a problem. If storms slow down or destroy your goods while in transit, you have a problem. Upp, big business knows how to look at the bottom line and some of can see the future. dougie and the cons not so much.

They're trying to hang on to the oil but really Alberta has a lot to offer as does the rest of Canada. Alberta could market themselves as a tech. center, especially Calgary. Great city, lots of vacant office space, etc. Tech companies moved to Vancouver so they could be close to Seattle, etc. but office space is very expensive and workers can't find homes they can afford. yes, the city of Vancouver will be building rental accommodation for those making $30K to $80K a year because they can't afford to purchase a home in Greater Vancouver. So Calgary is well placed to market itself as a new tech hub: affordable rents for offices, affordable homes, good schools, lots of recreation, skiing in Banff, Canmore, etc. Its only an hour to Vancouver or Vancouver Is. if you want the ocean.

Forget about pipelines, try trains to move manufactured goods from Alberta to elsewhere. they have an educated population. (I know some thing Albertans are stupid but they do have good educations) Its easy to transition those skills. They have all the electricity they will ever need once that Site C dam is built in the Peace River country.