The Horror of Brexit and Some Magical Holiday Videos 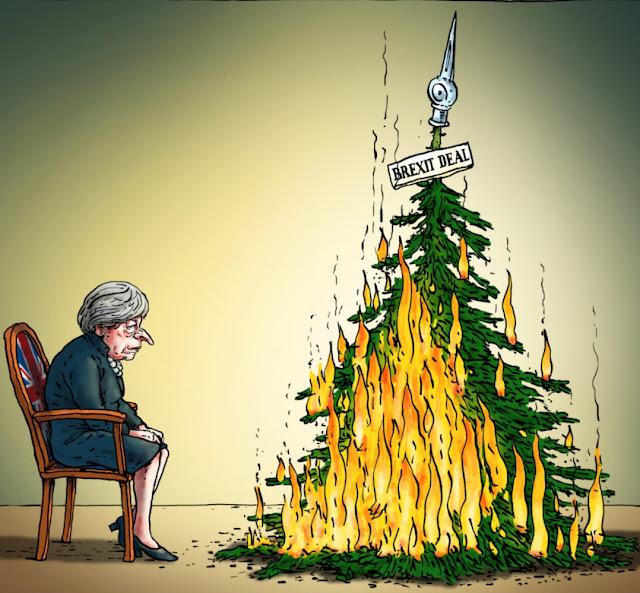 It's hard to understand how much damage Brexit has done to Britain. You really have to see it for yourself, as I did last week.

Jobs are being lost or moving to the EU, people are stockpiling food and medicines in case the hapless Theresa May has to settle for no deal in March.

Fear and loathing are everywhere, and even the army is being made ready in case anarchy erupts.

But somehow the spirit of Christmas still clings to life. 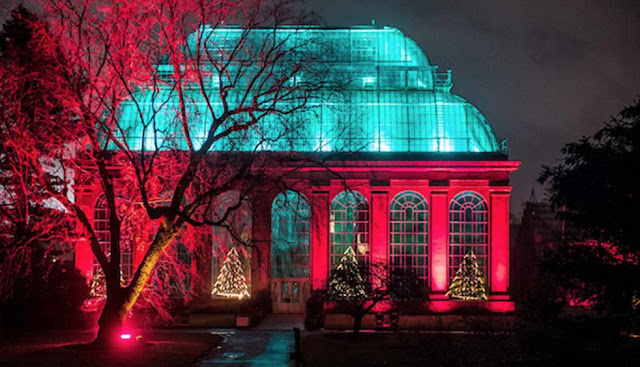 For as I discovered, the lights at the Royal Botanic Garden in Edinburgh are amazing to behold.

With over a million twinkling lights turning the greenhouses and the grounds into a magical winter wonderland. 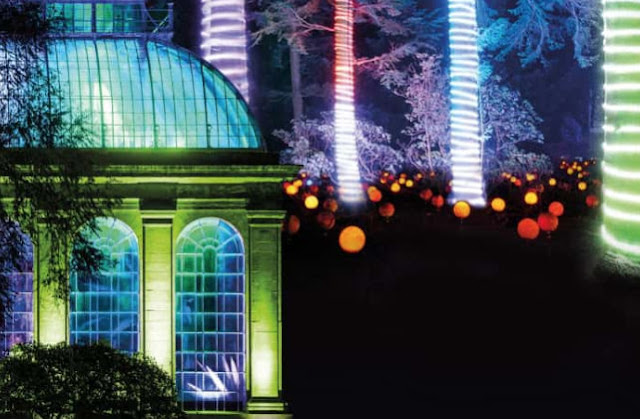 That for a moment at least can make you forget, what the Brexit Beast and the monstrous Cons have done to that country.

And then there are the holiday videos, that the British seem to do better than anyone else.

This one is from the high-end department store chain John Lewis...

This one is from the large supermarket chain Sainsbury's...

And then there's the one I really liked, from of all places the BBC...

If only because it reminds us that the greatest present you can receive or give is love.

It doesn't cost a thing, and the lonely are the ones who need it the most.

Finally, there's the much humbler video I run every year to remember the legions of LGBT kids who will spend the holidays in the streets where they live... 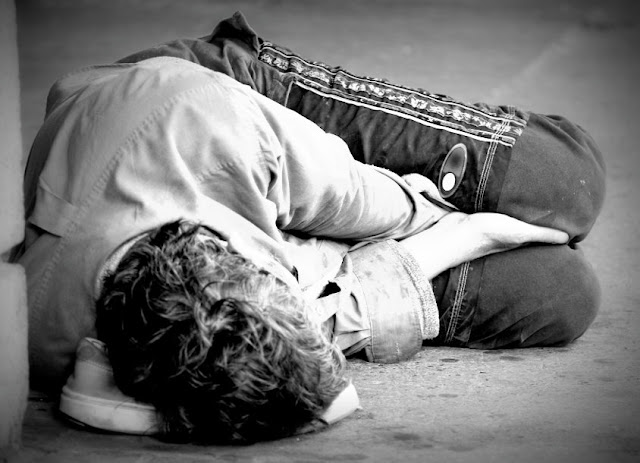 Having been thrown out of their homes by their parents, or being forced to flee for their lives.

So this one is for them, and a reminder to the bigots of the world that the gay spirit is unbowed...

As for the rest of you, I'll be back tomorrow with my annual Christmas message,
for the sad, the lonely, and the sick, who I have dedicated my life to helping.

But for those lucky enough to be too busy to read it, I just want to thank you for reading this blog, and keeping me company for so many years.

And a Merry Christmas, Joyeux Noël, and Happy Holidays to you as well Simon. Happy Birthday (or Life Day) to Justin and Sacha Trudeau too.

War is over, if we want it. So said John Lennon two years after visiting Montreal and meeting Pierre, the song hitting the charts the same year as Justin was born.

It seems a lot of people definitely want war over. Let's hope there's enough of them to mobilize against these sadists and bring peace on earth and good will to all.

A very Merry Christmas to you and yours as well, Simon.
I would consider myself lucky to be able to read your blog, busy or not. We are so fortunate to be able to speak out for the oppressed, the destitute, and against those who take pleasure in adding to their misery.
Imagine having your door busted down and being hauled away for criticizing your government or going against the grain of a despotic regime. Imagine the likes of Trump and Harper/Scheer or Scheer/Harper(they're interchangeable) being able to wield the powers of a Putin or Erdogan. Scary, isn't it?
We must count our blessings and continue to fight the cancer that's trying to destroy this great country. It's been done before and will most certainly be done again.
Those were great pictures and videos Simon. If they didn't warm your heart you're either a lizard or more likely, a Con.
Merry Christmas everyone!
JD

The BBC one has been criticised though, as the harried single mum would have been sacked if she had simply walked out of the office during the Christmas rush, which certainly wouldn't have helped her son.

I hope you saw the article I sent you a while back about high-quality design contributing to a shelter for LGBTQ2 youth in Toronto.

Yes, a lot of business headquarters are relocating to the continent now and the impact of Brexit on trade will be horrific. Although I generally support Corbyn, I disagree with him about this. He has good reason to speak out against the lack of democracy in EU institutions, but I tend to think it would be wiser to campaign for greater democracy, with more say for the Parliament and less for Eurocrats.

Though there are some nasty fascists elected in Strasbourg/Brussels...

Hi Jackie...thank you, and Merry Christmas to you too!! I'm afraid with Trump more crazed and out of control than ever, peace on earth is under threat again. But I am more than ever convinced that once we get rid of him and our foul Trumplings a better world can and will be built...

Hi JD....Thank you and a Merry Christmas to you too!! I must admit that I have been tempted to give up blogging recently, but having great readers like you and the others encourages me to keep going. We can't give up when the Cons are threatening to destroy everything we believe in and turn our country into a jungle. I'm sure that like me you too must find it quite a struggle to endure the torrent of filth that pours out of Scheer and his ugly gang. But the day we defeat them and bury them will make all of it worthwhile...

HI lagatta...I wasn't aware that the BBC had been criticized for not being realistic enough. But I find that ridiculous. The people in the office were frozen so they didn't know she had left. And the message for parents and kids is what counts. I am extremely disappointed with Corbyn, as are many young people who as you know are his strongest supporters. Although the beaurocracy in Brussels can at times be stifling the EU is a great project that should be perfected not destroyed. And yes, I did get that story about the new shelter for LGBT youth in Toronto, and I hope to include it in a post soon. Thank you and Merry Christmas/Happy Holidays !!!!

I almost missed this one.

Don't stop what you're doing unless you must. You're a positive influence.