The Tainted Presidency and the Magnificent Meryl Streep 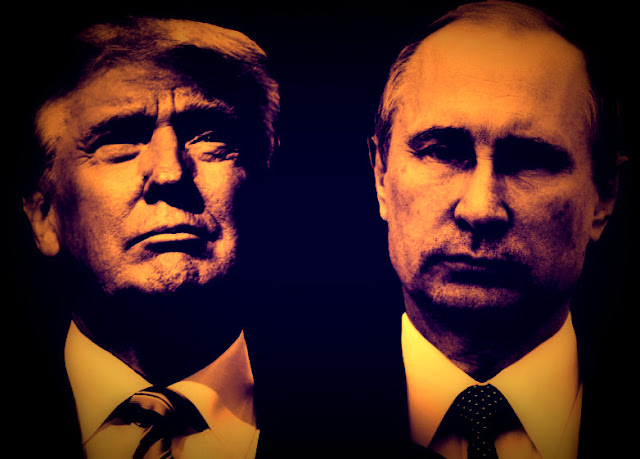 As we all know, Donald Trump wants us to move on, and forget that his friend Vladimir Putin stands accused of deploying his cyber army to help him win the election.

But it's just not going to work. You can't just wish away something like that, or try to shift the blame...

Or undermine your own intelligence agencies.

For it will all come back to haunt him, over and over again. 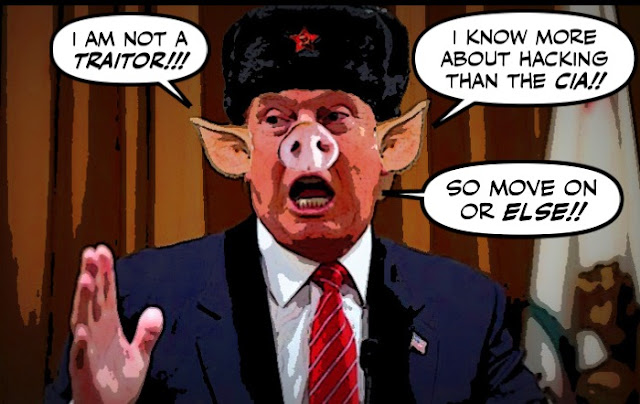 And as Charles Blow writes, his presidency is already tainted.

The more we learn about Russia’s hacking and the release of its electronic loot during our presidential election, the more it becomes clear that Donald Trump’s victory and his imminent presidency are already tainted beyond redemption.

While Russian hacks “were not involved in vote tallying,” the publishing of pilfered emails and promulgation of fake news altered the zeitgeist, poisoned the political environment and shifted public opinion, all of which redounded to Trump’s benefit.

This was an act of war and our presidency was the spoil.

But what bothers me even more than this hacking scandal, is the way Trump tainted his presidency during that long and nightmarish election campaign.

How he went after women and minorities, how he weaponized racism, how he bullied anyone who dared criticize him, and even mocked the disabled.

And worse of all how he managed to get away with it.

So I was glad to see Meryl Streep at the Golden Globe Awards last night, put the bully in his place without even mentioning his name.

For they were stirring words, they needed to be said.

And while Trump may try to shrug them off, like he's trying to shrug off the hacking scandal.

President-elect Donald J. Trump dismissed Meryl Streep as “a Hillary lover” early Monday morning after the actress, in a speech at the Golden Globes award ceremony, denounced him as a bully who disrespected and humiliated others.

Even if he has to lie like a thief.

And sound even more like a bully or a maniac.

He will not escape his ghastly record, he will never convince many Americans that the election wasn't tainted.

The resistance is rising. It will be as I have predicted the most creative resistance the world has ever seen.

And sooner or later the bully will be beaten...

If being elitist means encouraging people to be kind to one another, count me as an elitist then.

Foreign wealth has influenced US policy decisions for years. Surely the "do our bidding" club has room for the Russian oligarchs or is it a limited membership and someone else will get the boot. The Israeli membership still seems secure so it could be the Saudis if someone has to go. Interesting but treacherous times.
RT

Dont shoot the messanger. No matter what the source the truth about Hillary and the DNC was exposed. So to say the voters should ignore this is to say we should all just shut the fuck up.

The orange tinted, tainted president to be claims for the 100th time that he was not making fun of the disabled reporter. For the 100th time I say Trump the taint is full of shit. It was but just one example as to why this POS is not fit for office.
It's evident that his supporters are too dumb or are as equally repugnant as he is so the best case scenario would be to impeach the tainted one at the earliest opportunity. Once we find out what his BFF Putin has on him, the house of cards will fall.
JD

you did well with harper
Justin was a benefit of doubt, but hasn't fallen far from the tree
terribly sorry to see you are flatulent

hi anon...yes me too. Although I still believe that most people are basically decent, or capable of being decent. And the so-called elitists are the right-wingers who are greedy and mean and will do anything to stop people fro building a better and fairer world...

hi RT... at a certain level all billionaires work together to protect their own interests , whether they come from Russia or America. And for that matter when it comes to the Middle East, the Saudis and the Israelis also manage to work closely together, no matter what they say about each other, or what they tell their own citizens. But you're right we live in interesting but treacherous times...

hi Steve...I'm sorry I don't accept that argument. Interfering in the election of a foreign country is bad no matter who does it. When superpowers are involved it's reckless and dangerous. And the Clinton e-mails are nothing compared to the corruption of Trump and his family. How many crooked billionaires does Trump have to appoint to his cabinet before you guys realize e's taken you for a ride?

hi JD...yes I agree with you. The way Trump publicly mocked that reporter was disgusting and in my book unforgivable. And it is yet one more reason why Trump is unfit to be president.Trump likes to say "something is going on," and when it comes to him so do I...

hi Ed...I fought Harper the same way I would fight any would be tyrant. Trump is another would be dictator so I intend to also fight him as hard as I can. As for being flatulent I'm sorry about that, but I can assure you I'm NOT going to give up my Brussel sprouts... ;)

Scary that Trump is so shallow, so egotistic, so non Presidential. You Simon, and Keith Olbermann really get it that he is dangerously flawed.

Its not tainted beyond redemption. Those who voted for him would do it again.

In a few short weeks all that information regarding the hacking of America will be gone. New Cabinet officials will take over along with their minions and the cleaning will begin. Those agencies will no longer be doing the work they are currently doing nor will they be releasing the material they are. The news will be "cleansed". the propaganda machine of Trump and his crew along with Putin will be running full tilt and we can not depend upon any MSM to provide Americans or others with the actual facts.

People who work for the various organizations who do not toe the line will find themselves unemployed. When ever there is a change of politicians in the U.S.A. a lot of people in jobs are also changed out. Its not like in Canada where civil service workers continue, even deputy ministers. In the U.S.A. the equivalent of deputy ministers are political appointees.

In another 6 months I don't expect to hear much from the MSM about what trump is up to and the raping of the American economy will begin. both Putin and his oligarchs and the trump loyalists will benefit. Those who thought Trump was going to drain the swamp will see how wrong they were. He just sold them a bill of goods and like the good dumb red necks they are, they will go ahead with their march into abject poverty. No health care, defunding of public schools, environmental laws repealed, labour laws repealed, over time and safety regulations repealed. Welcome to the new America and you won't hear any complaints about it from the MSM

hi Bill...thanks. What horrifies the most is the number of Americans who still don't seem to understand how dangerous a man like Trump can be when he becomes president. He is dangerously flawed, and all his bad traits could be exacerbated when he is in office, and pose what I believe to be an existential threat to all of us. The good news is that only 37% of Americans think he'll be a good president. So if progressives work hard to undermine him, he'll soon be the president of almost NOBODY...

hi e.a.f...I don't think all those who voted for him would vote for him again even if the election was held tomorrow. As I told Bill, his support is now at only 37% which shows that some of his supporters are already having second thoughts. And once his more decent supporters realize that he has conned them, and is only creating a billionaire's club to govern them, they will abandon him in droves. The Republicans only have a two seat advantage in the Senate. And if the Democrats can come out on top in the midterm elections, they can block his reactionary agenda, and create the conditions for evicting Trump in the next presidential election....