How Canadians Can Help Defeat the Monster Donald Trump

I've been trying to ignore the monster in the window. I close my eyes and try to pretend it's just a nightmare. I crank up the music in my ears to try to drown out his mad bigoted voice.

For even though I'm a Canadian I feel the same way these Americans do.

But who can ignore the horror of Donald Trump? 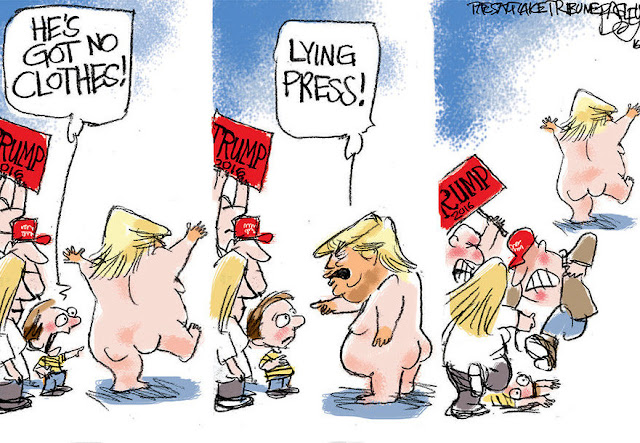 Who can ignore all his lies or his bestial nature?

President Trump on Friday closed the nation’s borders to refugees from around the world, ordering that families fleeing the slaughter in Syria be indefinitely blocked from entering the United States, and temporarily suspending immigration from several predominantly Muslim countries.

What kind of a monster would block Syrian refugees like this one indefinitely? 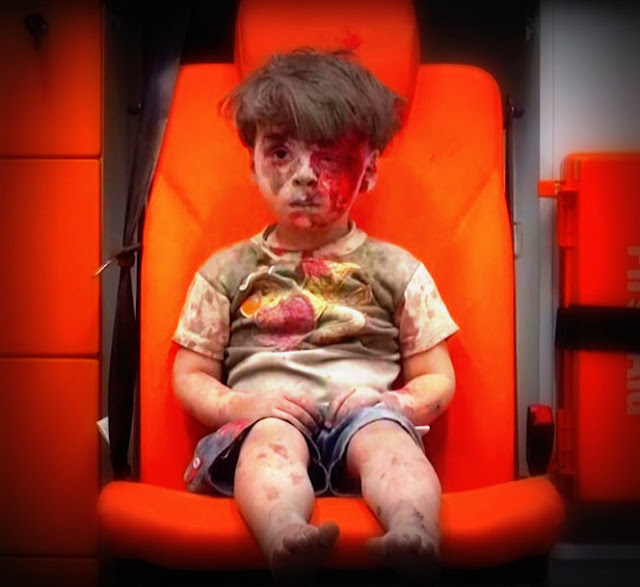 What beast would issue that bigoted proclamation on International Holocaust Remembrance Day?


My name is Joachim Hirsch. The US turned me away at the border in 1939. I was murdered in Auschwitz pic.twitter.com/pfvJtMpIps
— St. Louis Manifest (@Stl_Manifest) January 27, 2017


So that history can repeat itself.

Even as he threatens to lead us all to another kind of holocaust. 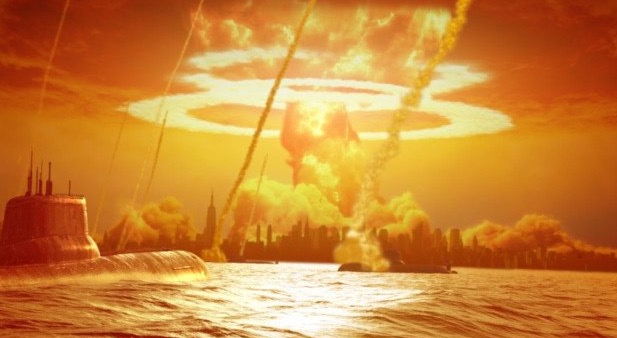 China is stepping up preparedness for a possible military conflict with the US as the Donald Trump presidency has increased the risk of hostilities breaking out, state media and military observers said.

You know, it's easy at a time like this one to become despondent, or buckle under the weight of all that madness.

But the good news is that even if we are Canadians, we don't have to look on helplessly as Trump sets the world on fire.

For when he tries to muzzle scientists to cripple the war on climate change... 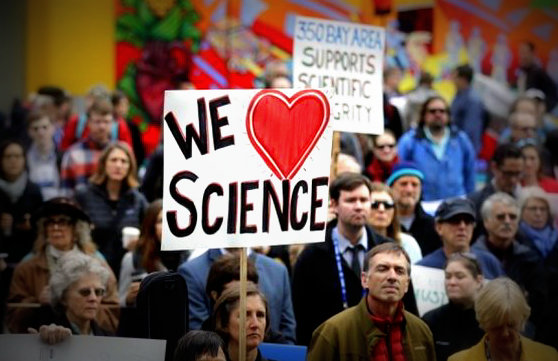 We who know all about that, can offer our support and our solidarity.

Canadian scientists – who were muzzled for nearly a decade by the country’s previous Conservative government – have been making contact with their counterparts in the US to offer their support and solidarity amid mounting fears that Donald Trump’s presidency will seek to suppress climate science.

When he declares war on women we can help limit the damage. 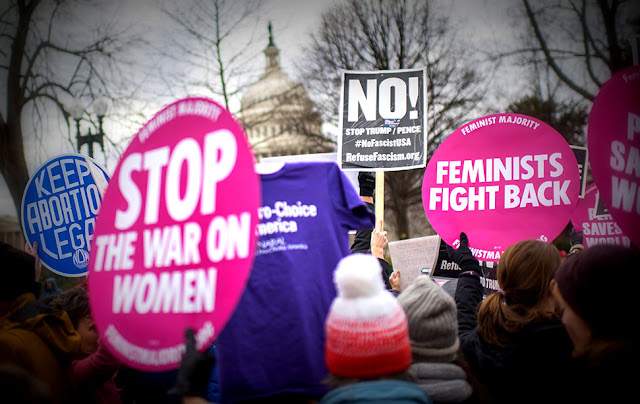 We can stand up to Trump by just standing up for our Canadian values...

As Justin Trudeau is doing here...

To those fleeing persecution, terror & war, Canadians will welcome you, regardless of your faith. Diversity is our strength #WelcomeToCanada
— Justin Trudeau (@JustinTrudeau) January 28, 2017

And of course we can support the resistance that is rising all over America... 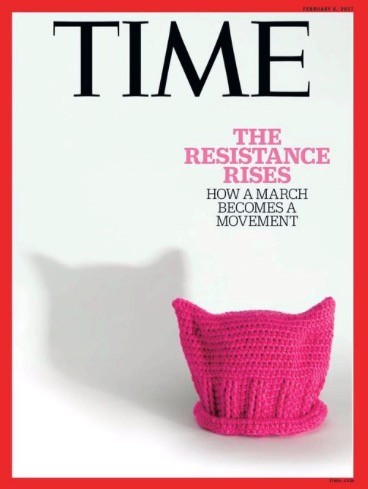 For it will be beautiful.

And it will be angry. 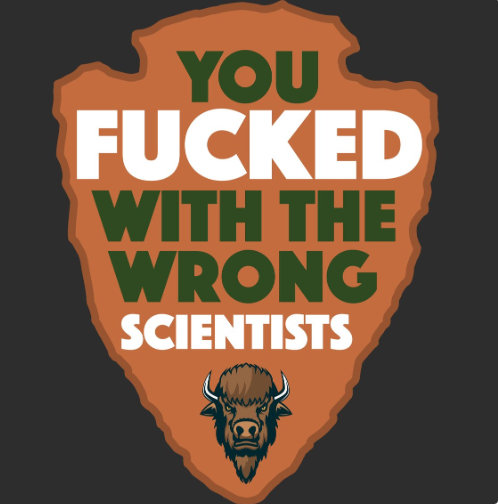 Across the government, an unprecedented digital insurrection is taking shape.

In response to Trump’s hiring freeze for federal agencies and a communications blackout, some official social media accounts have tweeted out messages decidedly at odds with his agenda and leaks are flowing into newsrooms from across the federal government.

And although Donald Trump may not know it yet.

The anger he has unleashed will be the force that will destroy him...


A new age is coming.

And it will be called REVOLUTION....

Simon, many folks are hoping The Donald is impeached or somehow removed from power. Unfortunately there are equally beastly characters like Mike Pence and Paul Ryan waiting in the wings. The Trump appointed oligarchs will also remain in power to the detriment of a decent and democratic American Society. RG

"What kind of a monster would block Syrian refugees like this one indefinitely?"

Great post Simon. I wondered why you used that video at the end, but then I understood. The day of reckoning is coming. Trump and his Nazis are living on borrowed time.

The Republicans,thinking that little Donnie needed a distraction and could not get in much trouble, gave him a pen and told him to go play in his tacky gold draped oval office while they got on with their own insidious agenda. But were they ever wrong! Within a week the golden one has managed to a) tell the Muslim world to forget about all that crap about freedom and democracy that Bush expounded and that really all they wanted was revenge (for being Muslim unless you have mucho money?) and their oil. b) Insulted the once neutral to US friendly Mexican people by issuing executive orders to start on the yuuge wall to keep them from dirtying American soil. c) Told China that they were nothing but a bunch of deceitful job robbers, Taiwan was on the negotiating table and that they had better vacate their man made islands in the South China sea. Beijing responded by moving more nukes within striking distance of the US and along the coast.
The great American negotiator hard at work and this is only week one! Does not even understand that if you insult people and their leaders do not respond in kind the people will replace them with leaders that will. So much for my prediction that he would probably last 2 to 3 years before impeachment or health issues took him out. If the deep state doesn't have a back up plan the US and the world will be in a very bad place long before that.
RT

Anon 4:34 - Why should we be like them? We need to set the example. We are better then that.

Have you ever been in a position of hopelessness?

may the lord have mercy on us all

And based on that you would deny that child a chance at a better life?
JD

Never mind the platitudes and the digs. If you're in a position to do something about it, then shoot; don't tweet. Forget about the symbolic token twenty-five, fifty or even a hundred thousand that can be accommodated as an example to the world. Identify what's left of the like-minded and ignore the countries that haven't got the means or will to help, sort out the three million Syrians and get ready for the next waves. I know it's not quite as simple as that but, as a good start, put the picture back in the family photo album and stop the lecturing references to inclusiveness and diversity. It sends the wrong messages.

hi RG...I realize that removing Trump would only leaves in the hands of Mike Pence who is a ghastly religious fanatic and bigot if ever there was one. But at least he seems relatively stable, while Trump is a madman who should not be allowed anywhere near the nuclear button. It is sad to say, and once again, a choice between the lesser of two evils...

hi MC...to my knowledge we are not a Middle Eastern country. But while we're at it, would you mind asking Trump why Saudi Arabia, the home of the 9/11 bombers and the nexus of terrorism, is not on his list? And why other countries where he has investments are also not on that list? Trump is a Con artist and he is fooling even his own supporters....

hi anon...thanks, I used to include a lot more music videos, but my readers didn't seem to like them. Sometimes though they can convey how you feel better than any words. And that one definitely does. A sense of menace, and the rising of the resistance...

hi RT...yes, you're right, Trump has taken the U.S. into the darkness even quicker than most sane people had feared. It seems from what is being leaked that the two people pulling Trump's strings are Steve Bannon and Stephen Miller, another paranoid far-right right ideologue. Two political thugs who are the ones really running the government, while Trump signs badly written executive orders, and plays his Twitter games. It couldn't be more insane or more dangerous...

hi anon...I'm not a religious person, but if this descent into darkness continues I may have to reconsider my position. And start praying to the Great Polar Bear God of the Great White North to save Canada and the world... ;)

Turnip Truck Trump, he really is acting like some "hill billy" who rode in on a turnip truck.

The exclusion order has done a lot for progressives and the left. Watched all those protests at all those airports, which in turn upset all those airport managers who then phoned state Republicans who got no answers either. Result they are all upset. Volunteer lawyers are out at airports trying to help people, OMG, lawyers helping people for free. The world is coming to an end or a new beginning.

Judges are ruling people can't be deported and order "stays".

Airlines aren't happy about not being able to permit people on planes. Universities and corporations aren't happy, they are loosing some of their new best and brightest recruits. they may simply decide to come to Canada. If this continues some American corporations may decide to open offices in Canada to simply get around Turnip Truck Trump's latest blurb.

With a federal election 2 years away, this may not bode well for the Republicans. But Trump said he would do it and he has. Now people ought to go back and check his other "promises", such as a Muslim registry. The NAZI's had a Jewish registry. then they had the arm bands and then they rounded them up.............didn't end well.

We have seen home much damage Turnip Truck Trump has done in his first week in office. Wonder when all those jobs are returning to the U.S.A. Oh, they aren't? Companies left the country because of difficulty keeping their best and brightest. Wait until those angry poverty striken white voters who voted for Trump because they thought they were getting their jobs back. All they'll be getting is sick with no health care and higher taxes because the 1%ers got tax breaks.

Right MC! We do not want to be like those repressive countries. Not ever.