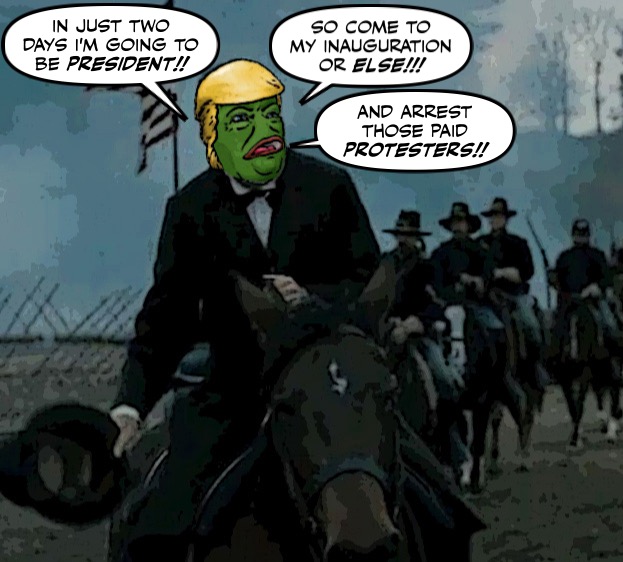 With just 48 hours to go before his inauguration Donald Trump is still claiming it will be a huge success.

And railing at those who point out that he will be taking office with less popular support than any president in modern U.S. history.

In one way at least, President-elect Donald J. Trump has already surpassed all of his recent predecessors. It took Barack Obama 18 months in the White House for his approval rating to slip to 44 percent in Gallup polling, and it took George W. Bush 4½ years to fall that far. Mr. Trump got there before even being sworn in.

But with an army of demonstrators heading for Washington D.C. to protest his presidency. Tens of thousands of people are preparing to hit the streets of Washington D.C. during the 45th president's inaugural week. While some will march in support of the president or various causes, a growing number will be on hand to show their opposition to the newly elected president and his administration.

The largest protest is expected to come the day after Trump's inauguration. According to the permit they acquired for 200,000 demonstrators and the responses they've received via social media, the Women's March on Washington is predicted to draw hundreds of thousands of protesters in the nation's capital on Jan. 21, although there will be corresponding protests across the country.

Some of his supporters are growing increasingly desperate, and claiming that a group called Demand Protest is paying anti-Trump activists... 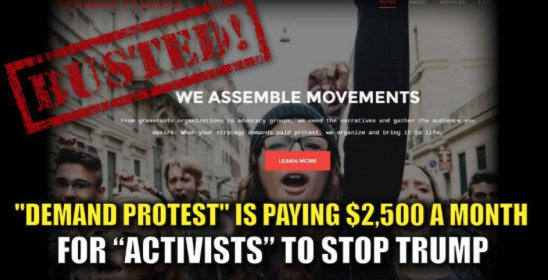 But sadly for them, although Demand Protest claims to have organizers in 48 cities, has a legitimate looking website.

And its ads encourage progressives to "get paid fighting against Trump."

When one of its organizers appeared on Tucker Carlson's Fox News show it turned out to be just another example of fake news.

Welcome to Trumpland, where its getting harder to tell what is true and what isn't.

Some of Trump's supporters will believe whatever they read....

And their deranged leader is praising a group of bikers who are vowing to defend him with a wall of meat. 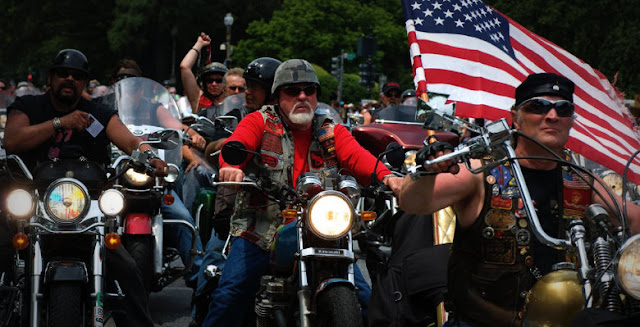 From those some of his other supporters would pay to protest.

And really, what more can one say?

It really is insanity.

And it should be some inauguration... 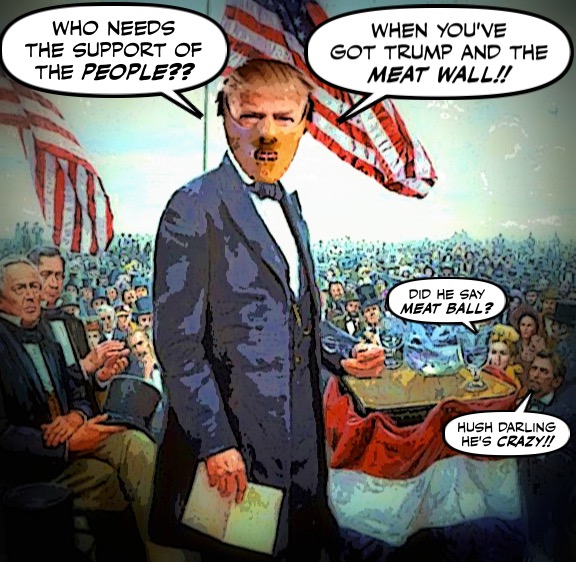 I'd like to see Tucker debate you Simon. You'd be utterly humiliated.

hi anon...Sorry, but you're wrong. And the main reason is I don't lie. Not because I'm a saint or anything, but because I can only lie with a straight face for about ten seconds, before I burst out laughing. So Tucker Carlson wouldn't be able to humiliate me, but I could humiliate him for working for a scuzzy operation like Fox News...

HM: How do you think President Trump will compare to the president you served under and spent considerable time with, Richard Nixon?

HM: And are you talking about Trump now?

JD: I'm talking about Nixon. But he's that way behind closed doors. Trump is that way all the time. He seems to have no control over a public and private personality. And that's a big difference.

HM: Some of Trump's critics have suggested he might not actually serve out the full four years. Is it possible impeachment is on the horizon as some of them have suggested?

JD: Well I'm afraid that's not the case. As long as he’s got a Republican Congress and he's letting them do what they want and signing their legislations, they'll be happy.

These guys who hide behind "Anonymous" think they can say anything.

At least I use my real first name (David)

If I were you Simon I would delete anyone who posts as "Anonymous". Besides it gets kind of confusing when you have several people all posting as "Anonymous" under one blog post.

Or.... post as Anonymous, but add a real first name at the bottom of the posting.