The Final Humiliation of the Con Clown Joe Oliver 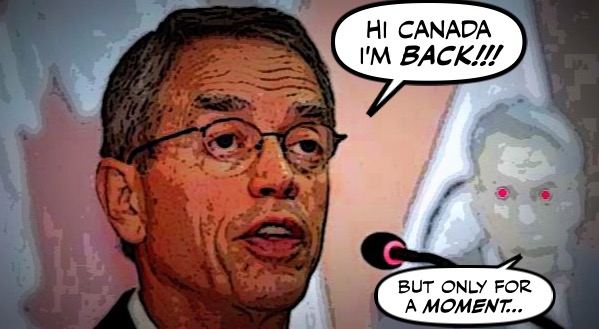 It isn't the biggest story in the world, compared to the coming of Trump, or for that matter any other story.

But like the ghost of Harper past, the old Con Joe Oliver is back in the news. And sadly for him not in a happy way.

For after losing his seat in the last election, now he's lost his chance to get back to power.

After falling off his shaky perch. Again. 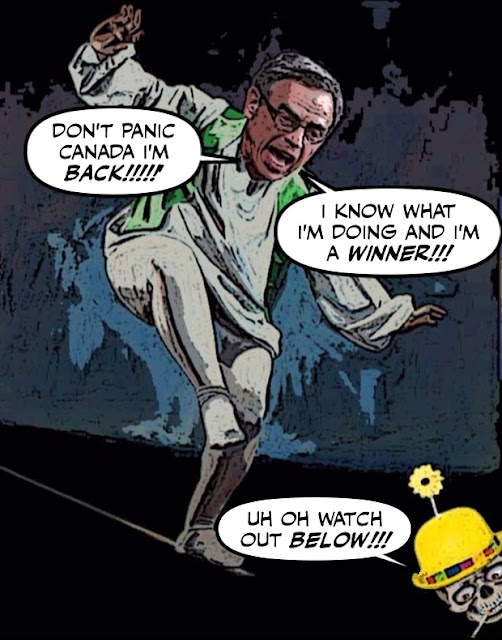 And hitting the ground with a sickening thud.

Former federal finance minister Joe Oliver has lost his bid to become a Progressive Conservative candidate in the next Ontario election — one of several former Tory MPs to be passed over by local party members.

And let us pray that this latest humiliation will be the end of that Con clown's political career.

Which let us never forget was comprised of one embarrassing episode after the other.

Starting when he accused environmentalists of being "radicals" who “use funding from foreign special interest groups to undermine Canada’s national economic interest.”

Which set the tone for the Harper regime's grotesque war on science.

Continued when he invited us all to drink water from the Tar Ponds... And when he became Finance Minister was characterized by his search for a nonexistent surplus... 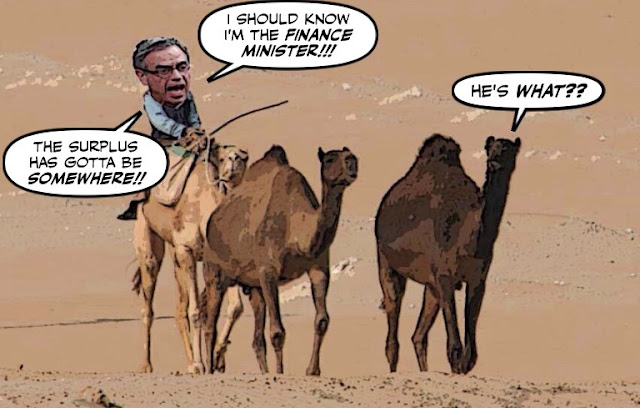 A surplus he claimed to have "found" shortly before the election... 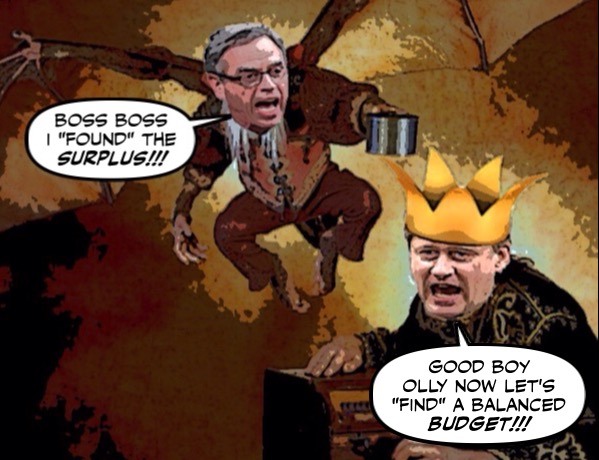 Only to have it look more like a structural deficit... 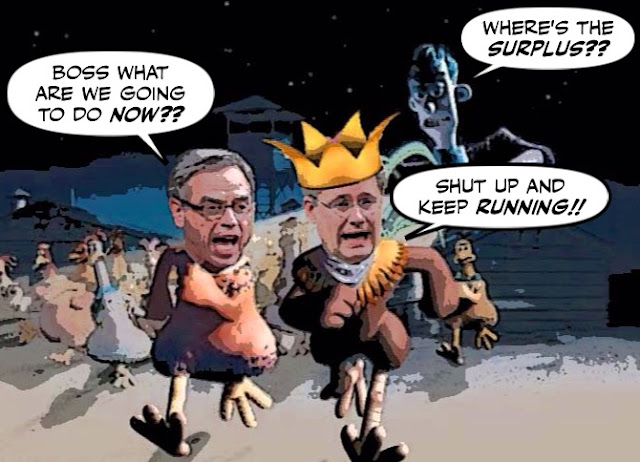 And then go missing himself... 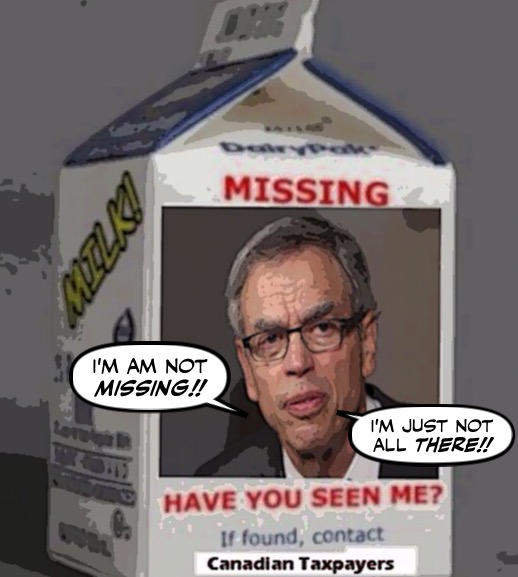 And claim after the Cons lost the election, and he lost his seat, that Justin Trudeau had turned that "surplus" into a deficit... 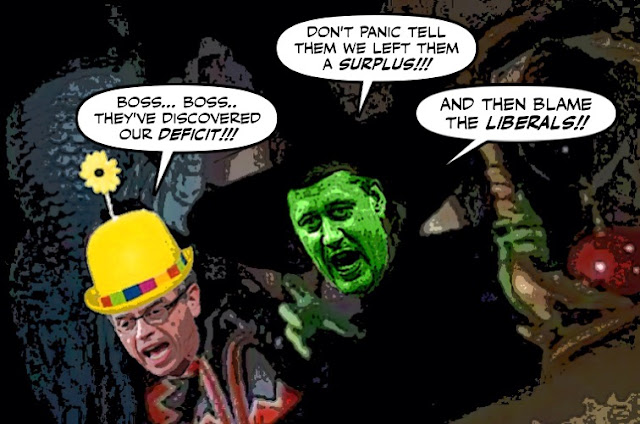 And was last seen by most Canadians stumbling out of his political crypt, and demanding that Trudeau hold a referendum on electoral reform, or ELSE... 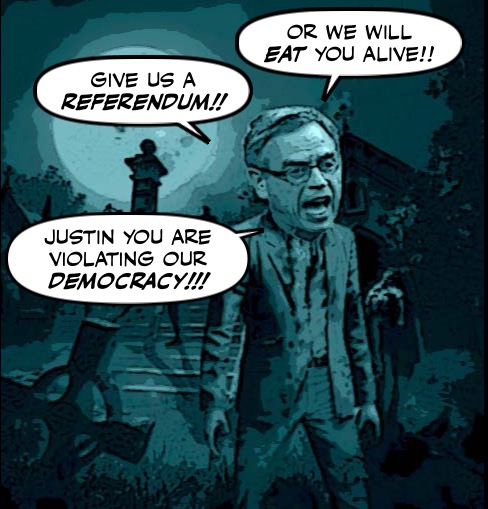 So one can only hope that he will now return to his dank crypt, along with these other Harper Cons who couldn't find their way back to power.

Ex-Conservative MP Bob Dechert recently withdrew from his bid to be the Mississauga Erin-Mills candidate, complaining to the Toronto Sun about the nomination process. Reportedly among his concerns was the sale of new memberships, describing them to the Sun as "bogus and fraudulent instant members." Media outlet iPolitics reported that Dechert was unlikely to win, having sold just 80 of the 2,100 memberships.

Another former Tory MP, and current president of the Ontario PC Party, Rick Dykstra, also failed to secure a nomination in the riding of Niagara West-Glanbrook, losing to a 19 year old who also won the riding in a byelection in November.

Which of course is a bigger story than the sorry fate of Joe Oliver.

And one I will celebrate forever.

Stephen Harper created Ol' Joe and the others in his own image.

And he took them and his party down with him... 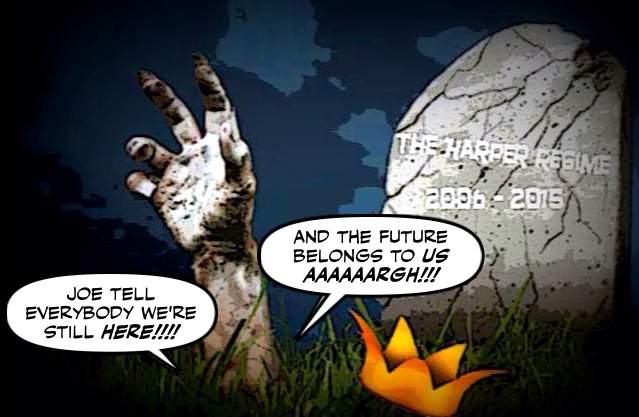 Oliver. Simply the single most incompetent minister I've ever seen. He was a more than total dud at Environment mouthing utter trash, and as Finance Minister he cemented his reputation with me as an utter moron. Opiniated in the worst way, incapable of admitting even to himself what a total dud he is, snarling, nasty, jealous hater of anyone with even so much as half a brain, seeing as he was working with one-tenth and that at the primitive level, the man should have been tipped into the rubbish pile with no fanfare a decade ago. How even harper could have kept him in a job is a mystery to me. Five minutes with the man should have told anyone what a complete donkey he was and is. He had to have some hold over our worst prime minister ever.

Now we can thank the rank and file Conservatives in some backwater provincial constituency who saw through the charade and kicked him out from the nomination, fair and square, quivering no doubt with rage into the feeble glare of future irrelevance. Good riddance to a completely useless snarling-fang piece-of-utter-uselessness with nary a redeeming feature in sight, not a single one.

Was going to suggest that perhaps Simon was being a little harsh but after reading your comments am not so sure. Surely Gazebo Joe entered politics to help his fellow country man and that somewhere along the way he must have done so in some public area .. education, health care, social justice,government efficiency,new industries ( excluding oil,guns and prisons)... something anything to counterbalance a few of the negatives?
RT

Joe Oliver, Jason whats his name. Don't these guys have pensions. Can't they take up something useful. Canadians said NO.

Be careful what you wish for. Many Ontario PCs are creepy fundamentalists that will make us yearn for the idiocy of Joe Oliver.