Stephen Harper and the Winds of Freedom 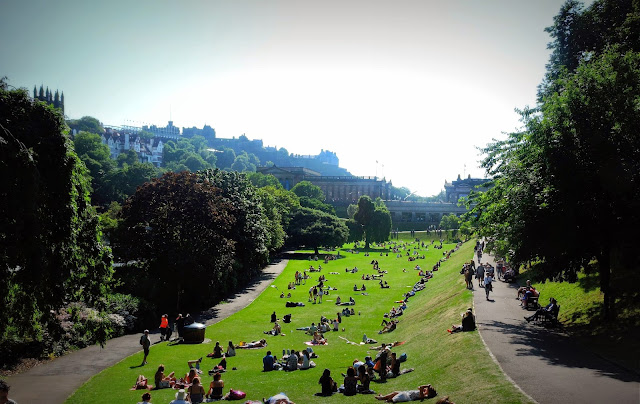 On a sunny afternoon in Edinburgh, in a city where the old and the new work together so well.

In a country with a record of resistance going back more than a thousand years.

Where the words "for freedom" can still excite a crowd.

Even if the stench of its grotesque leader still shames us in the eyes of the world.

Prime Minister Stephen Harper's public criticism of Canada's top justice impugned her integrity and was tantamount to undue interference with the independence of the courts, according to an international group of eminent judges and lawyers. As a result, the International Commission of Jurists says Harper should withdraw his remarks and he and Justice Minister Peter MacKay should apologize to Beverley McLachlin, chief justice of the Supreme Court of Canada.

For as we know, first he would try to smear the Chief Justice... 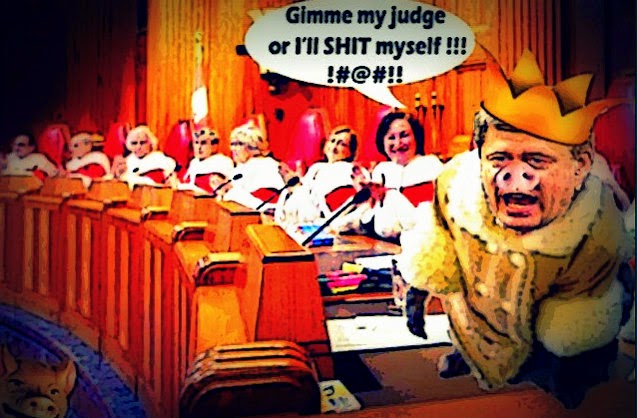 And now I see both him and his hapless stooge Peter MacKay are refusing to apologize.

Harper's communications director Jason MacDonald had little to say in response. "We have seen the letter," MacDonald said in an email Friday. "We have noted it. I have nothing further to add."

When neither Harper nor MacKay have an ounce of class. The courts have declared their filthy Con regime to be a cruel and unusual government without a measure of decency.

When Justice Anne Mactavish of the Federal Court struck down the Harper government’s policy to slash medical care for refugees earlier this month, she described it as “cruel and unusual treatment” that “shocks the conscience and outrages our standards of decency.”

A man who would threaten the health of refugees, torture a child soldier, and endanger the lives of sex workers is unfit to be a Prime Minister.

And Justice Mactavish's words only echo what the American lawyer Joseph Welch once said of that other foul bully, Senator Joe McCarthy... 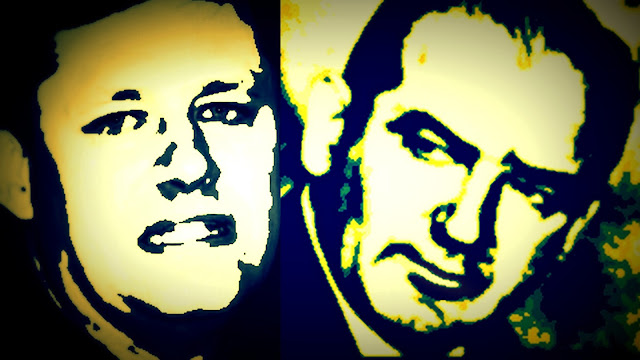 And of course, in both cases the answer to that question is the same:

Stephen Harper has no sense of decency. He is the worst Prime Minister in Canadian history, a political pervert if ever there was one. Like Joe McCarthy, his name will live in infamy.

And if we're lucky he will suffer the same fate, and end up as a disgraced drunk... 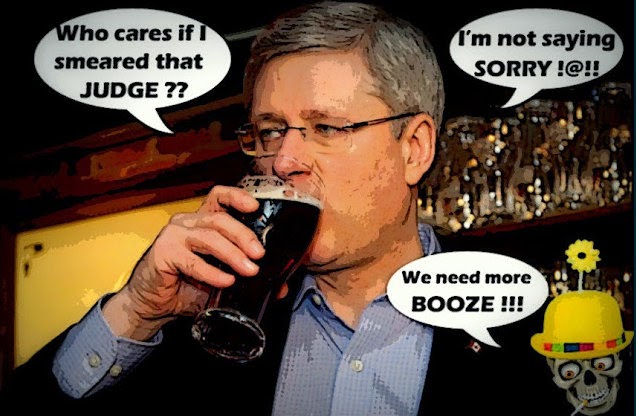 For as I have mentioned many times before, the Supreme Court is much more popular than Great Leader, and by taking it on he can only hurt HIMSELF.

And if Stephen Harper is desperate now, wait and see what we have planned for him this fall.

And it WILL help destroy him... 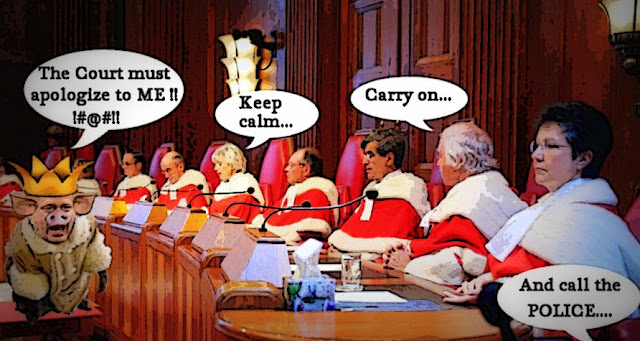 Oh well, that's all I wanted to say to all of you right now.

I'll tell you more when I return in a few days. Tell you how the Scots are managing to get the young involved in the political process.

So we too can imagine a different Canada. Because I'm so sick of the old one.

For a guy like me all of this has been like a wind of freedom in my face.

May it all carry us to a better place... 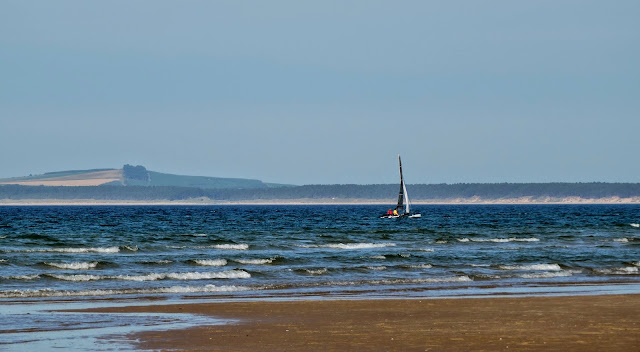 Simon, good to hear from you. It was not surprising to hear that the ICJ thought he was offside and should apologize. It would be surprising if either he or his lapdog, MacKay, does apologize. In any case, have fun while you are there; Harperland will still be here when you return. And we will still be here, reading your posts and commenting. Take care.

Dear Leader felt the world should read hiswonderful vision of the world. He also believes breathing is important to life. Such a leader. Take that Putin, some of my Cabinet minister love it when in caucus I bring out the whip.

If you read the characteristics of a fascist dictator? Then Harper is pathetically easy to see through, he fits that role of a dictator right to a T. Harper is a paranoid control freak. He knows exactly how much he is despised and loathed, his security bill has doubled. Harper and MacKay should have immediately been forced to resign, for their attack on Chief Justice. Jason Kenny should be forced to resign for, his blatant lies of his TFW scam. Baird should be fired for his, utter stupidity and trouble making.

The UK is Harper's favorite dumping ground for his, criminal degenerates. Stop by and visit Gordon Campbell and Nigel Wright in London. Although, Harper sent the witness for Harper's robo-call election cheat, to a different country. It got too packed under Harper's bus. Seems Harper is also running out of degenerates? He is not replacing Senators.

Well, we know what happened to the Dictators Stalin, Hitler and Mussolini.

any government which tries to silence its opposition by hving income tax audits done, is way past its prime. Now Harper and his herd are having Oxfam Canada audited. They having more international resources, have said they will simply use funds from other countries to "advocate" on behalf of the poor in Canada. Now did any of us ever think we would live in a country like that? Some may have left countries which operated like that, but to have Canada do it..........ah, well he did go after the Supreme Court of Canada. The Harperits know no bounds when it comes to running Canada as they wish and will stop at nothing. If they cancelled the next federal election I wouldn't be surprised either.

On the bright side Germany appears to not want to sign the free trade deal with Canada, something about protection for investors. This ought to be good. Now Canada gets to depend upon Germany to keep our "courts" open to scrutiny.

Continue hving fun Simon. Enjoy the freedom while you can. YOu might be looking forward to an audit of your own when you get back.

Sounds like you are having a great holiday, Simon. Continue to enjoy it; I look forward to reading what youj have learned about political engagement in Scotland.

Harper's attack on charities involved with political activism is just a start, ending with the decimation of the CBC! Just watch.

edinburgh is one of my fave cities that I was lucky enough to visit soo many years ago, it looks just as lovely as I remember it.
not even Harper can take away the beauty of Scotland. Canada is lucky to have so many feisty scots to fight theharperites. Keep up the good work Simon, and hopefully your return home is on the back of better political news.

I think I know how the Quebecois feel when the ALBERTA attitude rules the country. Something the Scottish like their Celtic brothers have suffered for centuries with the Anglos.

Actually there is more in common between Quebec and Alberta than you think. Both are opposed to Ontario's control of Canadian culture.... like the Toronto-centric CBC and Pride Toronto. Wynne Ontario is queer!

Hi anon....thanks, I am having a great time in Scotland. The weather has been great, and although I have been busy as you can see from the last photo I have found time to do what I like best..;)
It's great to be in a country where progressive values still rule, and it only makes me more determined to defeat the Cons....

Hi Steve...yeah I read Harper's absurd rant in the Globe. Putin must really be scared.Not. As for John Baird he is an outcast in his own community which is massively anti-Con..

Hi anon...yeah I know what happens to all dictators and Harpo will suffer the same fate...

Hi e.a.f...thanks I will enjoy the freedom of this place. But I knew before most Canadians how dangerous the Cons were, so I started getting my taxes done by professionals, and prepared a few mouse traps of my own to catch and hopefully jail the Cons...

Charities should not fear Harper bluster; have a right to use 10% for political work
by Nick Fillmore
http://nickfillmore.blogspot.ca/2012/05/charities-should-not-fear-harper.html

actually I had mine done for the past 6 years, all in one shot. They maybe able to "audit" charities and churches, but how do they plan on stopping some of us? You know that is the problem with retired people, they can't fire us, they can't have us fired. We have all the time in the world to do as we please and write as we please.

I shared this post on Facebook last year and it came up this morning on my On This Day feature. Any Scotland for you in 2015, Simon? I'm thinking about going this winter. I've been in all the seasons but winter. Won't be the best of weather I know, but it will be a break from the Canadian version!