Is Stephen Harper's War on Marijuana Going Up in Smoke? 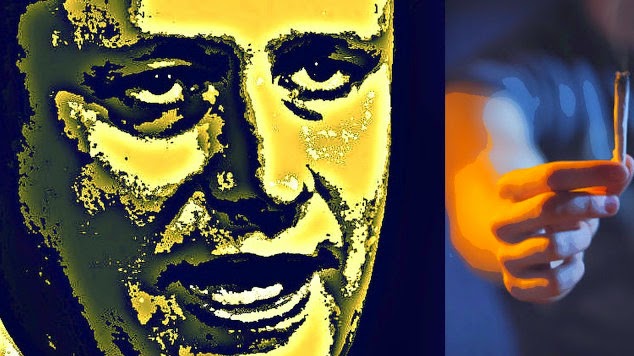 He has made the Great War on Marijuana the main weapon in his assault on Justin Trudeau.

Making it sound like Trudeau's plans to legalize weed would corrupt Canada's youth and turn us into a nation of junkies...

But sadly for Great Leader most Canadians don't seem to share his reactionary views.

More than two-thirds of Canadians want this country’s marijuana laws to be softened, according to an opinion poll conducted for the federal government earlier this year.

And as Paul Wells points out, it all seems to suggest that Lord Harp's pot wedge is going up in smoke.

The Conservative case against today’s Liberals, in fact, can be summed up as a general argument that they lack judgment and their leader lacks more than most; and a specific case that he’s high and wants to get your children high, too.

But views change. One suggestion that they’re changing in Canada comes from Faron Ellis at Lethbridge College, who’s done several waves of public-opinion polling in Alberta on social issues. In 2013, for the first time, Ellis and his colleagues found majority support in Alberta for decriminalization of marijuana for recreational use. Support for liberalized laws on recreational pot had grown by more than 10 points in only two years. In Alberta.

And about to suffer the same fate as his wedge issue on same-sex marriage.

Opposition to same-sex marriage was a strong incentive to form a united Conservative party more than a decade ago and, now, that issue has just about vanished as a differentiator among political parties. That sort of thing could happen again on another issue, and Harper must worry that it is.

Which of course would not only leave Stephen Harper and his hapless stooge Peter MacKay, the poster boy for binge drinking... 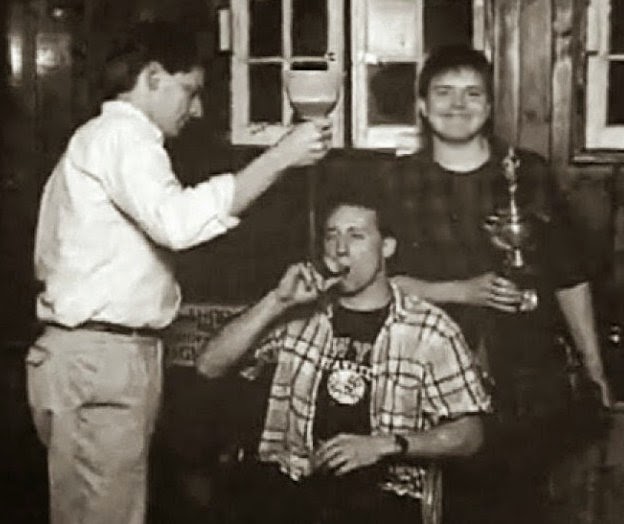 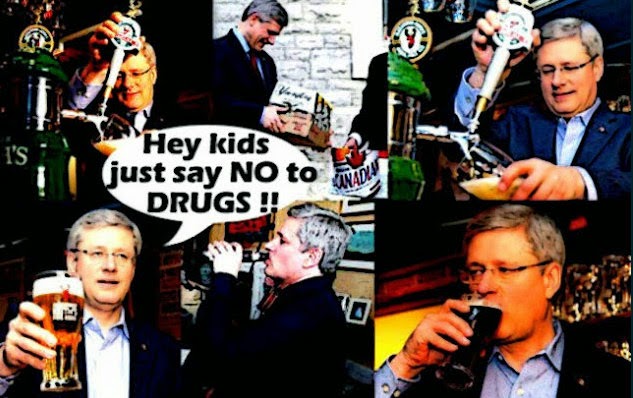 Especially after that scandalous swim suit party at Lord Harp's own residence. 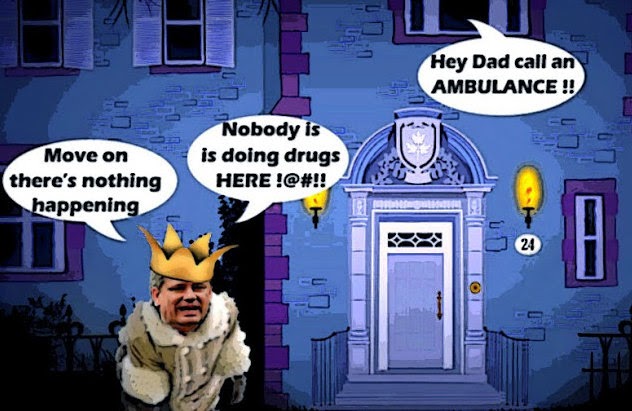 Which left many Canadians wondering why HE wasn't charged for corrupting the youth of the nation.

It will also make him look like yesterday's man, at a time when most Canadians are hungry for change.

Or just a maniac who would jail even more young people for the "crime" of smoking a drug most people in this country don't consider a real threat.

Yup. I think it's safe to say.

The Cons are running out of time.

And their reefer madness is almost over... 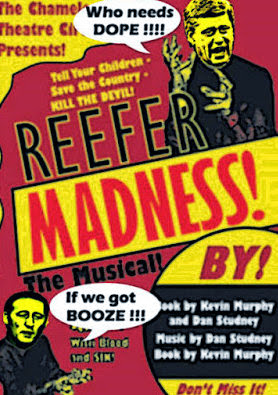 Trudeau will be labeled the "Pot Prime Minister" wannabe.... by the Mulcair NDP who will eviscerate Justin on his legalizing of marijuana and during the next election campaign.

Just because some want legal pot that doesn't mean it's the sane thing to do. Even if it were legalized, the criminals will still produce pot and it will even be more potent and cheaper than the legal taxed stuff. The police will abandon the war on pot and it would become a free-for-all with no real way to control it's availability and use.

Only pot-head idiots would advocate legalizing pot and Justin is a pot-head who tokes on the job. Wotta idiot!!

On either CBC or CTV national today, there was an interview with the 3 major parties regarding pot. The Con was ridiculous. No one believes Trudeau wants it sold at corner stores, but that is the Con's theme. No one wants 'tougher' laws concerning pot. One it ruins lives, the jails are full enough, and two American states have already gone to the "dark side". If pot were an election issue, harper and his herd would be toast.

The boys are going to have to find another issue to try to take Trudeau down.

The Canadian government is trying to scare people away from smoking tobacco, and now Trudope wants to legalize toking sh!t !!!!

Oh, wait, toking a doobie is much cleaner than sucking on a cigarette chimney!! Only an idiot would seek a narcotic thrill by inhaling products of combustion and filling their lungs with smoke and getting a brain buzz that leads to moronicity!!!

Then there is the argument that booze is much more destructive than marijuana and the government doesn't discourage drinking. Yes, if booze is legal then sh!t should be legal too! Great thinking!!!

I think legalizing pot is a great idea. Only a homophobic cracker asshole like you wouldn't think so. You probably are happy that israel is committing genocide in Gaza too. If the government's so concerned about the quality of their pot vs the "black market" pot, they will just have to make sure that it as good as everybody else's.

Harper condoned Fords drug use, he campaigned very hard for Ford. It took quite some time before, Harper issued a comment on Fords drug and alcohol habits. Harper very badly wanted to keep Ford, for the Conservative votes. Pot is not a narcotic, crack cocaine is. Perhaps people should see a brain scan of an alcoholic.

A. 11:51 a.m. Please get a grip and stop referring to others as "an idiot'. Pot has been legalized in Colorado and Washington State. Both are seeing financial benefits for their state governments. There has been no increase in crime. Things are actually going quite well.

As to "if booze is legal then sh't should be legal too! Great Thinking". I doubt if that is the actual rational as explained by you. Some are of the opinion booze is of no greater harm to health than pot. Having seen some of the damage booze has done in society and to personal health I might tend to agree with the argument. We have all seen or heard of drunks beating their domestic partners and children. I have yet to see a "pot head" under the influence do much of anything, much less beat someone up.

Having a legalized pot system in Canada and the U.S.A., like booze, would reduce a lot of problems. Now unfortunately the sale of booze in some parts of the U.S.A. and Canada is treated like it were milk. Both products ought to be sold in designated stores, with age restrictions, taxed and regulated. We are never going to get people to stop consuming booze and/or pot. It would be in society's best interests to mitigate the effects.

Anonymous 2:20 am, I can guarantee that there are bootleggers offering illegal alcohol here, even in my own neighbourhood. I was offered some. I've also been offered illegal drugs that are much stronger than marijuana. Someone who smokes the odd joint is not necessarily a "pothead", any more than someone who likes a beer or some wine with supper is necessarily a gutter drink. One can abuse anything, even caffeine.

In Fact In majorities of the cases people will respond what they thinking; in that subject, it will increase marijuana use, but in fact the majority in the most of time the real answer will be literaly the opposite of all they thought...

And plus a study made in whatsoever country that I dont remember wheres the pot is legal in there; the study truly show the abuse of that drug decreased since of his legality.
And when I says in fact the majority in the most of time the real answer will be literaly the opposite IT IS VERY REAL ... So think about it before conclude anythings,,,