Stephen Harper and the Never Ending War on Women 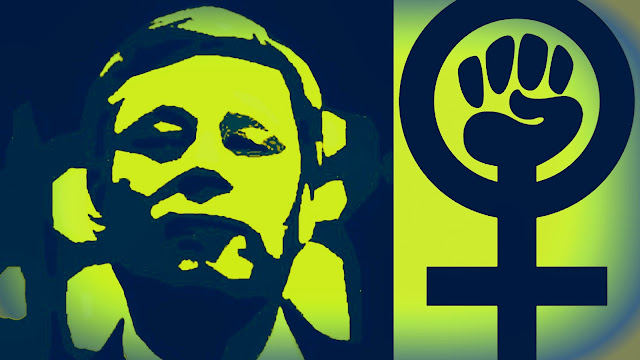 I always knew Stephen Harper was going to be a terrible Prime Minister, when somebody who knew him well told me he thought he owned the truth.

But I only realized how dangerous he was when the very first thing he did when he was elected was declare war on women.

By ordering his minions to erase the words "women's equality" from every document on the Status of Women.

And now he's done it again.

The Harper government has spent millions to commemorate the War of 1812 and other episodes from Canadian history, but has also erased at least one inspiring piece of the past.

Therese Casgrain, a feminist icon and Quebec heroine who died in 1981, has been quietly removed from a national honour, to be replaced by an volunteer award bearing the prime minister’s banner.

In a way that couldn't be more outrageous or more disgusting. By removing the name of Thérèse Casgrain from a volunteer award, and naming it after himself.

Even though Casgrain was a great Canadian who thoroughly deserved the honour... 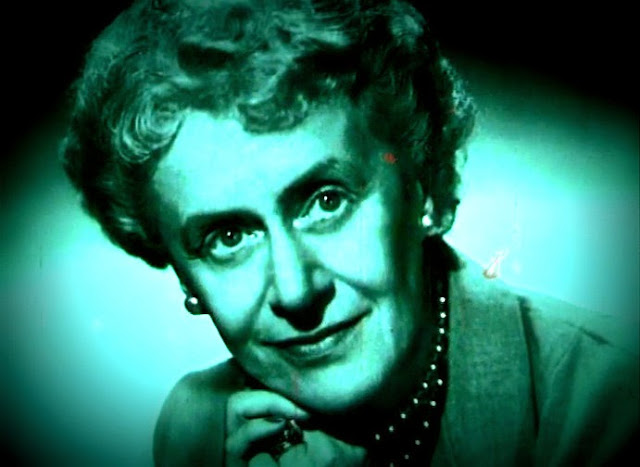 Casgrain fought for the right of Quebec women to vote, which they finally won in 1940. She also became the first female leader of a political party in Canada, heading the CCF in Quebec, and was appointed to the Senate in 1970 by Trudeau.

And even though Canadians have made it abundantly clear what they think of the idea of naming a volunteer award after the Prime Minister.

A $51,000 focus-group study commissioned by the federal government in late 2010 found strong resistance to naming a volunteer award after the prime minister.

“They (participants) were uncomfortable with the notion that through the reference to ‘Prime Minister’ there was the possibility that the awards might be perceived to be political in nature,” said the Harris-Decima report.

But still he did it. First he removed her image from a bank note... 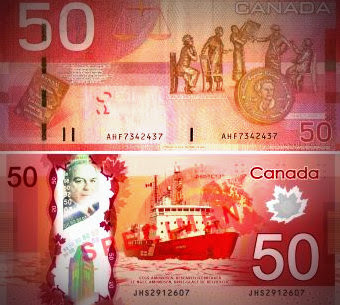 An image of Casgrain and her namesake volunteer-award medal also disappeared from Canada’s $50 bank note in 2012, replaced by the image of an icebreaker on a new currency series. An image of the so-called Famous Five women was removed from the same bank note.

And now he's trying to bury her name.

So twisted is his diseased mind. And so monstrous is his misogyny.

For he has always treated women, even those in his own government, as less than men.

His wacko missionary church instructs him that women should be "subordinate."

And he simply cannot control himself... 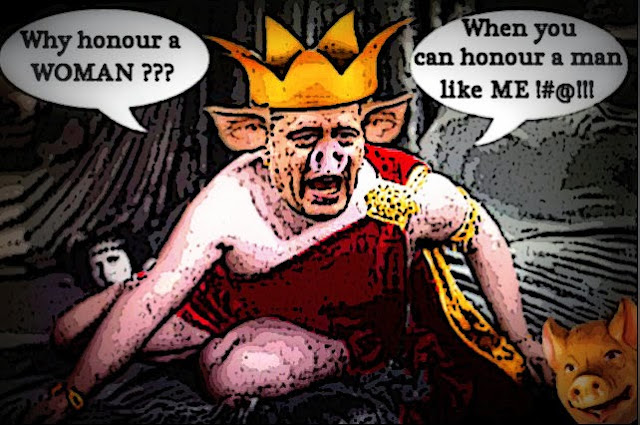 And really what more can I say or do that I haven't said or done before?

Except wonder what sickness, or what voice in his head, is commanding him to be so foul?

Or wonder like Stephen Lautens, what will he do next?


Or just repeat what I have been saying for more than eight long years.

This country will not be safe.

It will not be clean.

It will not be Canada.

Until the day this weirdo monster is defeated... 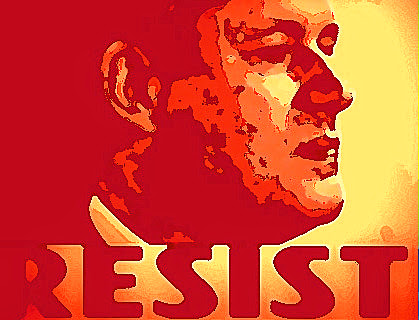 Such hatred of Harper has got to be the product of a very sick sick mind.... stop hating and seek help.

weirdo is too nice of a term, I would go with narcissistic sociopath:P

Simon, I see the paid Con operatives have found you. GOOD WORK! Be aware they are looking attack the sources Cdn citizens might use to find the truth about the Harperite agenda.

As I tell the Con sockpuppets on a regular basis, Harper makes the targets for his own back that we aim at. We have to aim at his back because he refuses to face the truth. Anyone who genuinely thinks Harper is in any way working for the betterment of Cdn citizens needs to get into therapy to reconnect with basic critical thinking skills and reality in general.

All dictators are sociopaths and paranoid control freaks. There was another dictator who also destroyed books, to rewrite history, just as the fascist Harper is doing. Harper took down all the photo's of other Canadian PM's, in the Parliament buildings and replaced all of them, with his own ugly mug shots. The dictators of the 30's and 40's did the same exact thing. I believe Hitler made a law? There were no other political parties, permitted in Germany. Harper wanted to grab control of the Supreme Courts so, he would be supreme dictator of Canada. As in? Canada would be, Harper's Thousand Year Fourth Reich.

Harper is every bit as nuts as, Stalin, Hitler and Mussolini were. Harper needs a full, mental evaluation. Harper is becoming more nutier, with each passing day.

Harper is too much of a control freak to respect women. All he has ever shown towards females is contempt. Harper's behavior towards Chief Justice, is certainly proof of that.

Every once in a while, Harper trots Laureen Harper out when, he desperately needs his dastardly deeds softened up.

Hi JACrider. ..yeah I see they are stepping up their campaign, but it's only because they are desperate and they can't intimidate me. And when they start to bore me I simply delete their comments. The loser above has had his last comment published. But don't tell him I want it to be a nasty surprise... ;)

One of the most glaring breaches of good faith is his pledge to improve women's rights. On Jan. 18, 2006, five days before Canadians elected his minority Conservative government, and just three weeks before he took the oath of office, Harper made the following commitment to the Canadian Feminist Alliance for International Action (FAFIA):, 'Yes, I'm ready to support women's human rights and I agree that Canada has to do more to meet its international obligations to women's equality. If elected I will take concrete and immediate measures, as recommended by the United Nations, to ensure that Canada fully upholds its commitments to women."

And what has he done as prime minister?, In November, Bev Oda, the Tory minister responsible for the Status of Women, disclosed 12 of the federal agency's 16 regional offices will be shut down by April 1. The blow will slash $5 million (43% of the operating budget) from the Status of Women Canada.
...
The National Union of Public and General Employees (NUPGE) has been one of the national organizations fighting to have the cuts reversed. NUPGE president James Clancy wrote to the prime minister in October on behalf of the union's 340,000 members across the country – a majority of whom are women.

In harper and his herd's world, as in the northern foundation, which he once headed, women are of little consequence. Women can not be equal in harper and his herd's world because somewhere in his bible there is a clause about women being subject to men. Its all about harper;'s religion. he brings it to everything he touches. Unfortunately it does not bode well for women in Canada or women in areas around the Israeli.

He makes every attempt to re write history from a male perspective, removing women when he can. He uses them in parliament to frame him, as in back ground framing, two blondes. this man really needs to leave the political stage. Unfortunately Canadians have only themselves to blame, they elected him, not just once, but 3 times. It says almost as much about Canadians as it does Harper and his herd.

And husbands are to honour their wives (I Peter 3:7). In the Christian worldview, husbands and wives have different roles, but they are both equal. The wife is not considered a "second class" citizen. The word "submit" in the biblical context means to serve each other, not for one person to "dominate" another.

ah, perhaps that is so David, but in real life, that isn't how it is interpreted by so many of the bible pounders. Its nice to know women aren't second class in the bible, but in reality, that is what a lot of Christian religions preach. IF Christians "submitted" to each other we wouldn't have had a couple of thousand years worth of war and such.

From my perspective many religions "consider" women second class citizens. That's why I don't like them.

Looks like Obama is as big a bully or even bigger than Harper ....LOL