Stephen Harper and the Perfect Storm that Will Defeat Him 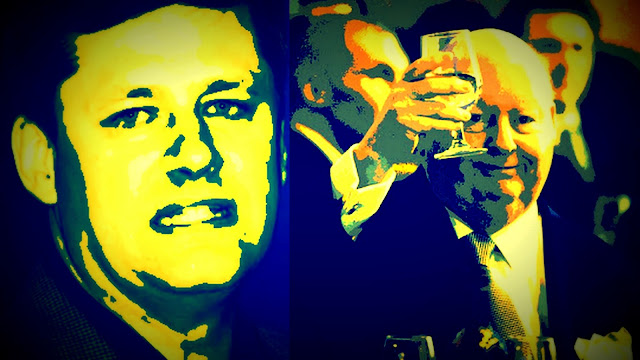 He has yet to comment on the latest twist in the Duffy scandal. But in his shadowy bunker Stephen Harper must be feeling the heat.

For by now even he must realize that the writing is on the wall.

And that he could soon be sweating in a witness box.

Trying to explain under oath what Nigel Wright meant when he said that Harper had told him the deal to pay off Duffy was "good to go."

The leader of a tired, increasingly unpopular government with nowhere to go but down. 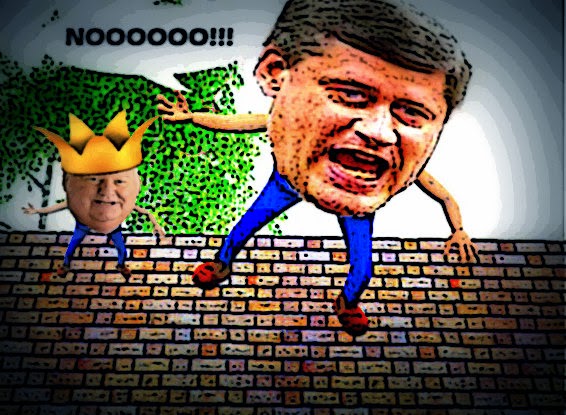 This government likes to control the political narrative, fight back accusers and drown scandals, but as it looks ahead to the next phase of the Duffy scandal, the trial, it finds it doesn’t have many viable tactics left to deflect blame. Part of that is this particular scandal. Part of it is eight years in power.

Faced with a nightmare that can only make him and his Con regime even MORE unpopular.

There is real danger for Conservatives. The Senate scandal, especially Mike Duffy’s part in it, is more than an Ottawa-bubble affair. Each big twist has caused Tory support to dip. For them, a trial is a lurid thought, with Conservatives, including senior aides and perhaps even the Prime Minister, testifying about efforts to keep the expense scandal quiet.

And unable to pin all the blame on Duffy. Not when he appointed him.

Not when he was so useful...

Not when Harper's scuzzy PMO gang tried so hard to cover-up what he had done.

The RCMP investigation has already provided ample evidence the instinct of Conservatives, and the PMO, was to protect Senator Duffy, and keep the scandal as quiet as possible. Some of those machinations would be aired in any trial.

The bribery charge that Senator Duffy faces is, after all, for accepting a $90,000 cheque from Mr. Harper’s then-chief-of-staff, Nigel Wright, to cover his expenses. Even if Mr. Wright doesn’t face any charges for his part in that transaction, the RCMP’s investigation made clear the secret payment changed hands as Mr. Harper’s team desperately sought a way to close down the story.

Not when he can no longer count on the economy to deflect attention away from the scandal.

With the Senate expense scandal and a mood for change working against him in the last year, the prime minister has always been able to fall back on the narrative of the Conservatives as expert stewards of the economy. It has long been their trump card, and if they lose it, they’re done.

Not when so many Canadians no longer share his corrupt government's priorities.

Public-opinion research for the federal Finance Department suggests key government policies are out of step with Canadians' priorities, including the Northern Gateway project.

And among the 12 groups consulted — from Coquitlam, B.C., to Bridgewater, N.S. — the economy itself was not a top-of-mind concern. Rather, the groups spontaneously raised education, health care, pensions and veterans as their key issues.

And not when his criminal failure to do anything about global warming can only become a bigger and bigger issue as the world gets hotter and hotter. 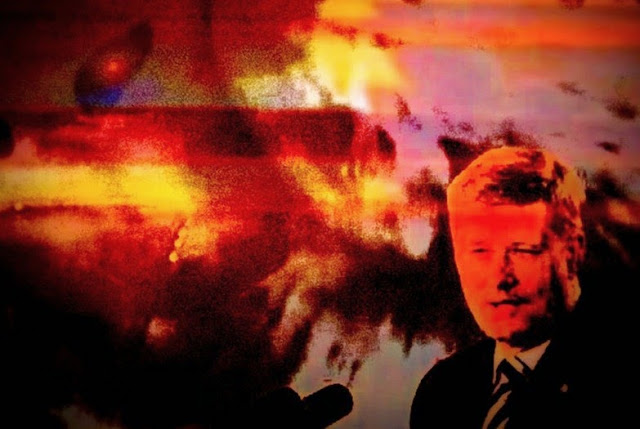 The globe is on a hot streak, setting a heat record in June. That’s after the world broke a record in May.

And with a likely El Nino this year – the warming of the tropical Pacific which influences the world’s weather and increases global temperatures – it is starting to look like another extra warm year, said University of Arizona climate scientist Jonathan Overpeck.

And like all of the above, that too will come back to haunt him.

Yup. As I've said so many times before, Stephen Harper and his old and tired government aren't just facing a devastating scandal, they are facing a perfect storm.

Time is not on his side.

The heat is on.

And sooner or later, it WILL destroy him... 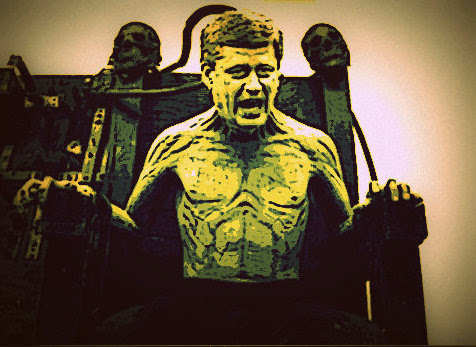 There you go again in your usual flight of fantasy and clinging to hope based on hate and delusion!

The beleaguered Canadian taxpayer will not be impressed with the Opposition spending all their time sniffing around Senate expense accounts for an insignificant $90K like a bunch of bean counters wasting the time of good government... and the RCMP delving into their hot horse turds.

Canadians will not be tricked into generically voting Liberal or NDP to get by default a PM Justin or PM Mulcair... ain't gonna happen...!!

You REALLY need to spend some time reviewing the last BC election.

Wright did aid, abet, cover-up and paid the debt for a corrupt Senator, that was stealing our tax dollars. The PMO also *sanitized* Senators expense claims. Harper's favorite place to dump his degenerates, is the U.K. That is where Herr Harper dumped his favorite henchman, ex BC Liberal Premier Gordon Campbell. He was rewarded the post as, High Commissioner to the U.K. Thar is where Wright was dumped as well. Mind you, the witness to Harper's robo-call cheat, was sent to a different country. The RCMP, were put of the list of the corrupt file, especially for the RCMP, Wright is a criminal and most Canadians say he is. That is why he was sent out of Canada. Same with Campbell, he was so despised, he had to get out of Canada.

You likely even think? Harper is a Conservative as well. Harper was Policy Chief for his, Northern Foundation of 1989. We also know just who, donated to Harper's Alliance in 2002. Harper had hired Wolfgang Droege and his Heritage Front as, security for Preston Manning. Wolfgang Droege was murdered in 2005

You should be damned careful of, what you wish for.

Actually. The BC Liberals work for Harper. Mind you Harper is no Conservative and the BC Liberals can't be Liberals Ex BC Liberal Premier Gordon Campbell is Harper's favorite henchman. He twice lied and cheated to win his elections too, just as his good buddy Harper did. Harper nearly burst into tears when, Campbell was forced to resign. They weren't finished with their dirty work on BC. Christy Clark lied and cheated to win her election too. 100,000 jobs for BC? Hahahaha. Trillions of dollars on her LNG? Hahahaha again. All pure and unadulterated el torro poo poo. Clark and Harper even gave BC's ship building contract to Poland. More ethnic votes bought for Herr Harper.

You seriously need to inform yourself, of BC's vile, corrupt Premiers. Good gawd!!!

actually a review of the B.C. Rail Trials would be better. You see Basi and Verk were charged. Those who did the bribing and ordering around, not so much. In the end, when it was time to testify, suddenly $6M was available and the trial came to a very quick end. No one went to jail and one of their nephews got out of his legal problems also.

In the case of Duffy, we can expect, his lawyer might want to consult Michael Bolton, Q.C., in B.C. for how to do this all very nicely.

I just want Stevie Cameron to write, "On the take, the Harper years". She did a great job of "on the take, the mulroney years. A sequel would be nice. when Harper and his herd came to power I reminded people of the book and those years. With those types of Conservatives you just know how its going to end.

So will Duffy get a Basi/Verk deal or will we get Stevie Cameron's next best book.

@anon you have totally changed my mind, Canada is blessed to have dear leader at the helm.

SteveT: a) how is Con foreign policy (re: Israeli-Palestinian relations) a principled stance?

b) give examples of relevant social legislation benefiting most Canadians? For example, if their election promise to introduce income splitting for families go through, it will cost billions and benefit (at best) only 15% of families (the richest): All families are equal but some families are more equal than others.

Harper may be bad, but les deux quebecois Trudeau and Mulcair are much much worse! A vote for the Liberals or NDP will turn over Canada to the tender mercies of the greedy corrupt Quebec separatists/supremacists.

There is no alternative to Harper for PM of all of Canada, and you know it !!!

Harper doesn't lead nor govern. He dictates. Harper was policy chief for his, Northern Foundation of 1989. The Canadian Nazis donated to Harper's Alliance in 2002. Harper hired his good buddy, Wolfgang Droege and his Heritage Front as, security for Preston Manning. Wolfgang was murdered in 2005, a serious set back for Harper.