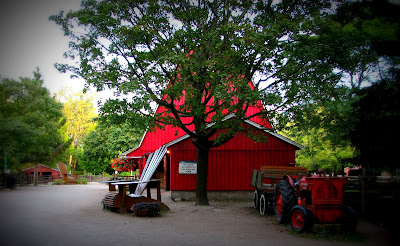 About six months ago I wrote a post about the little farm on the Toronto Islands that Rob Ford was threatening to close down.

Soon after that I thought it had been saved. But now it's on the chopping block again.

Even though just ONE weekend of ferry ticket sales would ensure its survival. And Ford threw away $60 million by canceling a registration fee for cars, in a city choking in its own fumes.

Now to add insult to injury it looks as if the little farm's survival may come at this price.

Noel Biderman, the CEO of Ashley Madison, the adultery-enabling dating website, said Tuesday he will pay the $220,000 needed to save the Far Enough Farm on Centre Island — and any additional funds required to keep High Park Zoo operational — if he has control of the naming rights.

Biderman said he likes the sound of Ashley Madison Farm, but would also be willing to stick Cougar Life in the title, another one of his brands.

And I'm sick to my stomach. Because Far Enough Farm is a magic place with a wonderful name for kids and animal lovers like me. And I couldn't imagine anything more vulgar.

But of course, the worst part is unless some other way can be found to save the farm, I'm going to have to hope that the Ashley Madison bid succeeds. Because so many of the animals are old, and have lived all their lives on the farm, if it closes they will probably have to be destroyed.

Including my friend Mr Donkey... 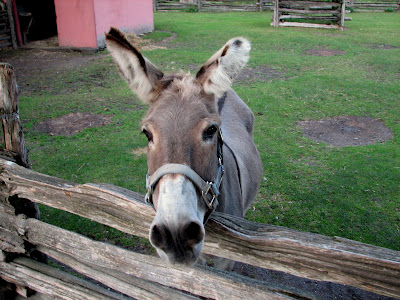 With whom I discuss Canadian politics all the time. Because unlike the braying blogosphere, for the small price of a carrot he ALWAYS agrees with me: This country is going to the Cons.

But seriously eh? What kind of country are we becoming? How small and how cheap.

You know, I love all the animals at the farm, including Charlotte the REALLY big pig... 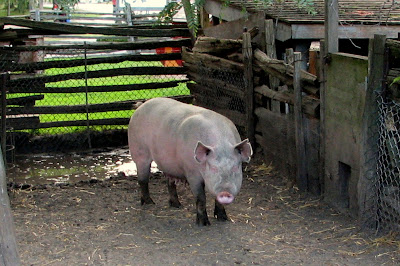 But as for this crass, vulgar, small minded  hog bigot...

Mayor Rob Ford once again plans to miss the Pride parade, saying he’ll be at his family cottage on Canada Day weekend and can’t commit to any event in the 10-day festival.

The day the people of Toronto put him out to farm, and make their city a decent place to live again. 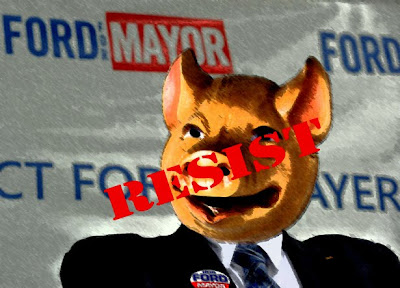 How did I miss the story in September? This is terrible. What in God's name is the matter with that idiot? Why do he and his ilk just have to destroy everything good?


Do they take donations at Far Enough, Simon? And would you give that donkey a pat for me?

hi Karen...I don't know what's wrong with Rob Ford, except that he is a crass millionaire who doesn't care about making the downtown more livable,especially for poor people. I don't know of anyone taking donations but if you're on Facebook I did find this:

And if I hear of any news I will let people know.

And I'll definitely give the donkey a pat AND a carrot from you... :)

Ford is a disgrace. A total disgrace.

hi thwap...he really is isn't he? The man is a buffoon and definitely the worst Mayor Toronto has ever had. Mel Lastman was also a bit of an embarrassment, but at least he loved the city, and this one only loves the suburbs. I'm afraid that like Harper, the only thing people can do is try to limit the damage, and make sure it never happens again...