Why I Won't be Watching the Super Bowl

I won't be watching the Super Bowl tomorrow for two very good reasons. One I hate American football.

Tebow will appear in the commercial with his mother, Pam, who reportedly will tell one of the Tebow family's favorite stories: How, after severe complications arose in her 1987 pregnancy, she declined medical advice to have an abortion. Her fifth child -- Tim -- was born and went on to win the Heisman trophy in 2007.

Not just because that story is extremely dubious.

The fact is Pammy had a CHOICE.... and so should other women.

But also because nothing can change the fact that she was extremely lucky and so was T-Bone.

To have emerged practically unscathed.... 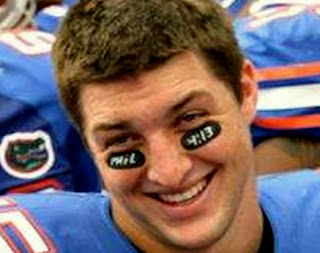 Apart from those ugly birthmarks under his eyes....and the severely limited intelligence of a Christianist idiot.

Because it doesn't always work out that way...

But they are only too happy to allow the crazed homophobes and wingnuts from Focus on the Family to attack the rights of women.

Which is why I'm with these grannies...

Yup. It really is going to be great not watching the Super Bowl.

Who needs all that Amerikan craziness eh?

When I can tell CBS to shove that ad up their corporate asses. Switch off the TV. Grab my skates.... and Sébastien.

And just be a Canadian... 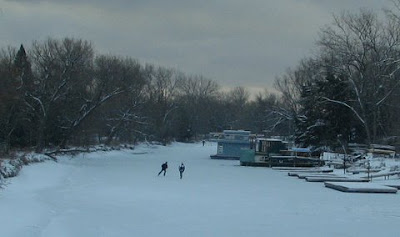 Have a great Focus on the Family Super Bowl-less Sunday everyone.

Oh, I won't be watching neither. Fact is, I never do. Just like I won't be following teh Olympics. I hate televised sports. Check out one of them olympic logos? Big navy C? Ok, not same as Harpercons big c, but I don't think using a blue c was a coincidence, but I digress.

Besides, I have bigger fish to fry.

Meh, just like a gay dating ad won't make me a gay man, a lame thirty second story about a football player won't make me govern my body any less than I do now.

I don't get what all the drama is about. Beer ads do more to devalue women and take away their choices and identity more than one ridiculous abortion ad ever could.

And while we're talking about women and sports, I'm still boycotting the Olympics because of how the IOC marginalized the women ski jumpers.

Oh, and lol @ phil 4:13. Nevermind that 4:12 is this:
12 I know how to be brought low, and I know how to abound. In any and every circumstance, I have learned the secret of facing plenty and hunger, abundance and need.

I can understand not watching the game because US football sucks, but we don't even get to see any of the actual superbowl ads here in Canada - they all get replaced with Canadian superbowl ads. So i doubt you'd see the anti-abortion ad even if you did watch.

Granted you won't see the anti-abortion ad which means you won't be exposed again to a boob during a SuperBowl match.

The only other one that's noticeable was during half-time several years ago.

At least Focus on the Family are showing themselves for the true boobs they are.

hi CK... I don't watch much sports on TV either except soccer on the weekends. I used to watch EVERY Canadiens game when I was a kid. But over the years my interest has declined and now I only watch them during the playoffs. When they make them... ;)

hi prin... yeah you're right I doubt that the ad will influence anyone one way or the other. It just pissed me off that CBS has
such a selective policy, and that they actually worked with the Focus on the Family people to smooth out their message.
But hey... I had to find a good excuse to run that YouTube with the Raging Grannies. Because gawd knows I LOVE them... :)

P.S. I agree with you on the women ski jumpers. I thought it was a ridiculous and callous decision. But then as far as I'm concerned the IOC is a quasi-fascist organization. And I hate their authoritarian and control freak mentality...

hi anonymous 12:44...oh yeah I forgot about that. Good point. But then to be honest it's more than just the ad. Although I do love our American neighbours, I just find that everything they touch these days turns to politics and madness.
And since my friends like to watch the Super Bowl on MY big screen TV, the only way to get away from it is to leave the house.
Which is what I did, and it was MAHVELLOUS... :)

Hey Simon, i know the ad actually which attracted me successfully coz that guy looks good, but as to the anti-abortion, kind of stupid thought...i remember there is one gay guy(quite famous) playing american football, so take a look at him insteand of this whole rude game><