Omar Khadr and the Smoking Grenade 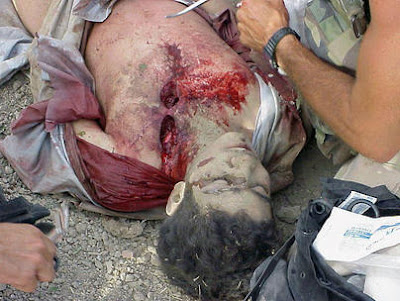 After years of watching American Justice I figure I'm a pretty good amateur detective. But I have to admit that at the beginning I was stumped by the Case of Omar Khadr.

If he was the only one in the smoking ruins of the compound....after it was bombed and strafed by American planes....as the Pentagon said he was. How could he have thrown the grenade that killed that Special Forces soldier?

When he must have been in agony from serious shrapnel wounds to his body, head and eyes. And he was just a puny teenager.

Then the Pentagon was forced to change its story. It turned out there was another adult Taliban fighter still alive in the compound who could have thrown the fatal grenade. So I assumed that's what really happened.

But now comes another shocking twist in the plot of this ghastly horror story.

What if that American soldier was killed by so called friendly fire?

Omar Khadr's defence team says it has expert testimony indicating the soldier he is accused of killing died as a result of injuries inflicted by an American grenade.

In a report expected soon, one expert will say that Sgt. Speer's injuries are consistent with the types of wounds that fragments of an American- made grenade would have caused. The conclusion of another expert corroborates that finding, Lt.-Cmdr. Kuebler says.

It is also believed that only the U.S. soldiers who stormed the compound were armed with American-made grenades.

Wouldn't that be the smoking grenade?

Now it wouldn't just be another Death in Afghanistan mystery. And a hideous tale of the torture, abuse, and neglect of a Canadian child soldier.

Now it would also be a Pentagon COVER-UP. Which would make what they did to Omar....while nobody in Canada lifted a finger to help him.... even more obscene. 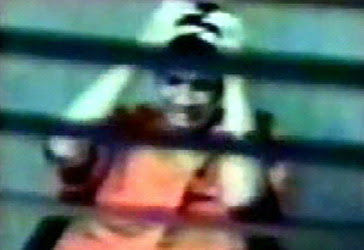 At Bagram, he was repeatedly brought into interrogation rooms on stretchers, in great pain. Pain medication was withheld, apparently to induce cooperation. He was ordered to clean floors on his hands and knees while his wounds were still wet. When he could walk again, he was forced to stand for hours at a time with his hands tied above a door frame. Interrogators put a bag over his head and held him still while attack dogs leapt at his chest. Sometimes he was kept chained in an interrogation room for so long he urinated on himself.

And Guantanamo was even worse.

Because history will judge them harshly. Just like it will judge our country for ignoring the U.N. Protocol on child soldiers...that we were the FIRST to sign.

Omar Khadr should be brought home to be treated and rehabilitated not punished.

P.S. Dear Muslims Against Sharia.....I appreciate that you are the only people who ever comment on my Khadr posts. But I have to say I would much rather have no comments than read your extreme and bloodthirsty views about Muslims. And endure your completely wrongheaded approach to winning the war on terrorism and religious extremism, to which I am committed.So please don't bother sending anymore. Thanks.
Posted by Simon at 12:13 AM

Good post, Simon. People seem to have forgotten there's something called "due process" in this country (and even in the US, though it's going fast). Too many people assume he actually threw the grenade -- who knows? until all sides of the story are presented.

"Muslims Against Sharia" are idiots. Balbulican at stageleft did some digging on them and they're just more paranoid right-wing trolls.

Canada's abandonment on Khadr is especially disappointing. There is a petition to ask that the Prime Minister, Stephen Harper, protect his citizens here: http://go.care2.com/15898432

And Muslims against Sharia are incredibly annoying. I agree.

Wow, a couple of dumbfucks don't like us. What a surprise!

The whole world hates you. U.S. is the murderer.

For the vast majority of human history a young man of 15yrs was considered to have reached fighting age. Calling him a child soldier is disingenuous.

There is no demonstrable difference between various types of frag grenades, when you're talking about shrapnel wound patterns. And for the record there are still a lot of US and NATO surplus arms floating around Afghanistan thanks to CIA support for the Mujahadeen during the Soviet invasion.

He and his family are nest of vipers ready to bite Canadians.