The chickenhawk cheerleader Rosie DiManno weighs in on the case of Omar Khadr. And makes an absolute fool of herself. Again.

First she makes fun of a tortured kid. 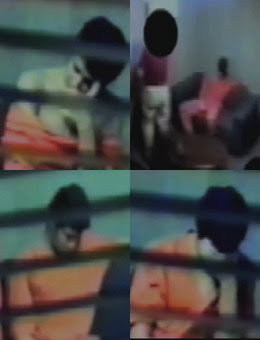 What would Al-Zawahiri make of a teenager blubbering for pity? A man-child mewling: "Nobody cares about me." ...Omar Khadr, the intermittent Canadian, wants to come hooooooome.

Which is absolutely disgusting. Then she admits he was indoctrinated...as a 12-year-old boy.

Omar Khadr grew up playing with al-Zawahiri's children, and bin Laden's children. Both men were, according to an Omar sibling, the most gentle of men with their own progeny. But they indoctrinated their youngsters, as did Omar's Al Qaeda father, into the currency of violence.

But still thinks he should hang. Even though he's the poster boy of a child soldier.

Al-Zawahiri and his diabolical brethren created a freak of terrorism in Omar Khadr, groomed to kill.That's the crime. Omar Khadr was the weapon. But I'm not sure it justifies absolution, or a cheering section.

Omar Khadr was never a terrorist. He couldn't have killed that special forces soldier because he was too badly wounded. He prefers Disney comics and colouring books books to studying the Koran. His dream is to see the Lord of the Rings. And even his wretched guards say he is good kid and can be rehabilitated.

You know if support for the Great War on Terror .... or our doomed mission in Afghanistan... means violating human rights and abandoning a Canadian kid to the tender mercies of the torturers at Guantanamo, the Pentagon stooge chickenhawk can squawk herself.

Or going with someone who really knows what war is all about...like my hero Romeo Dallaire.

And worrying....like I'm sure he does.....about the damage to Canada's reputation.Because the reviews of the Khadr video are starting to come in, and they're not good. 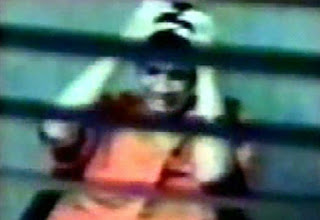 It's not the post I'm concerned about. Other European ones are far more critical Although it does make some good points about the horrors the video doesn't show.

It's the comments that trouble me...

It may not show the true extent of "life" at Gitmo but it does show Canada's true colours: a racist US sub-state that is not interested in justice or the truth...

And what about the despicable and cowardly Canadian government which allows one of its citizens to be treated in such a foul and inhumane manner? Not a finger lifted to help, not a word of comfort from them.

Many Canadians are disgusted with Harper on this one, but certainly no where near enough. This is partly due to the fact that Kadr's mother has made inflammatory and BS comments about Western society producing gay, drug-abusing kids, she wants her son to be strong warrior Muslim etc. People don't like the Kadr's. So Omar Kadr, 15 years old, is thrown to the wolves by his own government and society. Disgusting.

Ouch. That one really stings.

But then a country's soul is a precious thing

Hypocrisy of the "Repatriate Omar Khadr to Canada" Movement

As soon as the Gitmo interrogation tape of Omar Khadr hit the Internet, the blogosphere was flooded with demands to repatriate him to Canada. This wave is reminiscent of a Soviet campaign to free Luis Corvalán from the "fascist regime" of Augusto Pinochet thirty five years ago. The scenario is strikingly similar. A "victim" held by "fascist regimes" this time run by Bush and Harper, and a public outcry for justice. Except for the fact that Luis Corvalán didn't kill anyone and didn't fight for a terrorist group that wants to impose Sharia.

The "repatriate Khadr" crowd describes him as "a child", "a kid", "a boy", and even "a torture victim", with no facts to substantiate the torture claims notwithstanding. They complain about Khadr being mistreated, again, without anything to back up their claims. Some of them are outraged about "child abuse." And they all scream for justice.

This is what Taliban-imposed Sharia looks like in real life: http://muslimsagainstsharia.blogspot.com/2000/07/hypocrisy-of-repatriate-omar-khadr-to.html

Why don't all of you, bleeding heart demagogues go to Afghanistan and spend a day in a Taliban-controlled territory? And let's talk about Khadr when you get back. If you get back.

Uh...yeah...right...whatever. Look as a gay guy I don't need lectures on sharia law from anyone. And I hate all kinds of forms of religious extremism.
But if you're only interested in whipping up hate against a Canadian child soldier, I'm not interested in debating anything with you.
In fact, I don't want to be rude, but don't bother to come here anymore. Thanks.

"Look as a gay guy I don't need lectures on sharia law from anyone."

Apparently you do. Sticking you in a locked room with a few of those "Canadian child soldier" for an hour would teach you the best lesson what king of "child soldier[s]" they are.