When Fascism Finally Came to America 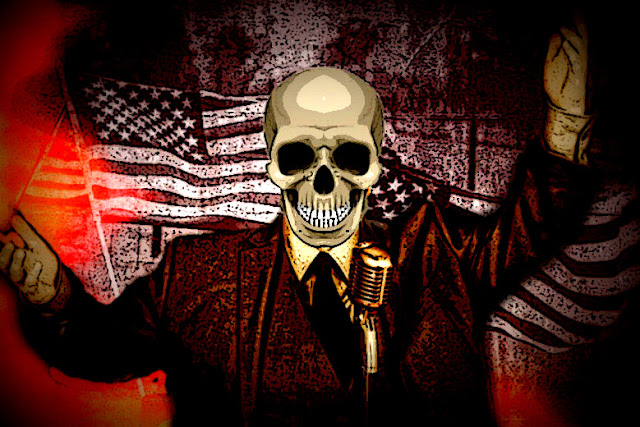 When I was in university I used to bore and no doubt depress my friends, by frequently and confidently predicting that fascism was coming to America.

And that it would be wrapped in the flag and carrying a cross, as Sinclair Lewis said it would in his 1935 novel It Can't Happen Here.

Until I found out that Lewis never said that.

And then when I survived the Bush regime, unlike about a million others. And religious fanatics like Jerry Falwell hit the ground hit the ground with a sickening thud, that was music to my ears, I began to think I was lucky, and that we were safe eh?

But of course, as we all know, we weren't lucky, and now nobody is safe. 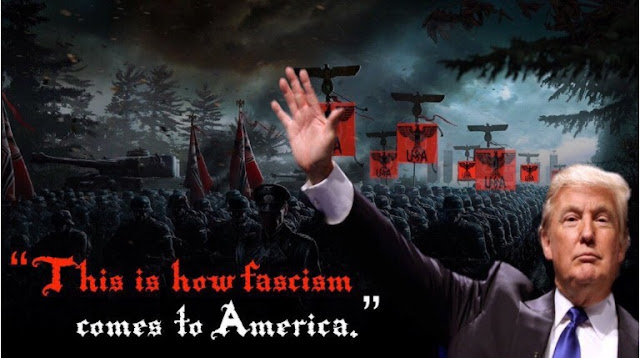 For thanks to Donald Trump fascism has arrived in America.

Yesterday I wrote about how some members of the MSM were finally calling him a fascist, after he pardoned the bestial Sheriff Joe Arpaio, who liked to brag about turning prisons into concentration camps.

And today Paul Krugman had this to say about what he called fascism, American style.

Let’s call things by their proper names here. Arpaio is, of course, a white supremacist. But he’s more than that. There’s a word for political regimes that round up members of minority groups and send them to concentration camps, while rejecting the rule of law: What Arpaio brought to Maricopa, and what the president of the United States has just endorsed, was fascism, American style.

Arpaio is a fascist, Trump is his would be American Fuhrer. 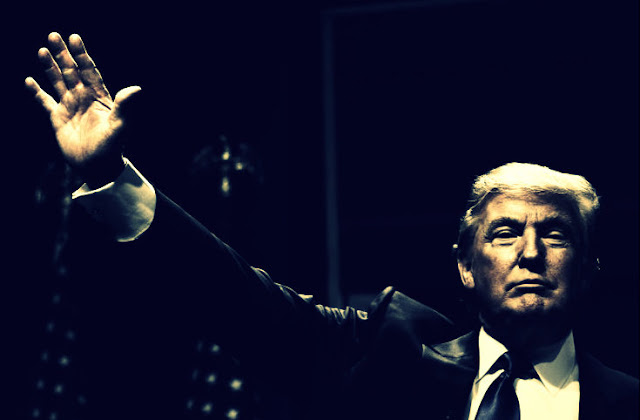 Trump’s motives are easy to understand. For one thing, Arpaio, with his racism and authoritarianism, really is his kind of guy. For another, the pardon is a signal to those who might be tempted to make deals with the special investigator as the Russia probe closes in on the White House: Don’t worry, I’ll protect you.

Those Republicans who should know better, but still support him should be ashamed of themselves.

What makes it possible for someone like Trump to attain power and hold it is the acquiescence of people, both voters and politicians, who aren’t white supremacists, who sort-of kind-of believe in the rule of law, but are willing to go along with racists and lawbreakers if it seems to serve their interests.

There is only one word to describe them:

And as I would point out, there is no lower group of collaborators than Trump's evangelical supporters. 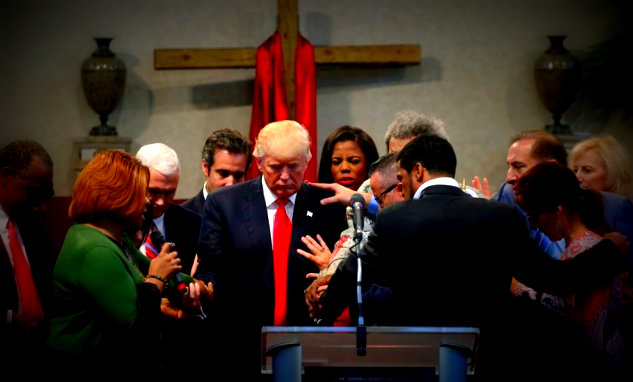 A new poll out today finds that President Trump continues to earn high marks from a key part of the Republican base: white evangelicals. The poll, from the Public Religion Research Institute, finds that 65 percent of white evangelicals have a favorable view of Trump. What’s more, they are “among the most resistant to the idea of impeachment,” with 79 percent of them opposing it.

For by worshipping at the feet of a grubby pervert with no morals, they are betraying both their country and their faith.

But at least whoever wrote that fascism would come to America wrapped in the flag and carrying a cross, was right after all.

And the good news is that those backward, bigoted cross bearers are only crucifying themselves.

And so are the Republican collaborators.

Trump will go down, sooner rather than later.

And when he does, he'll take them all with him... 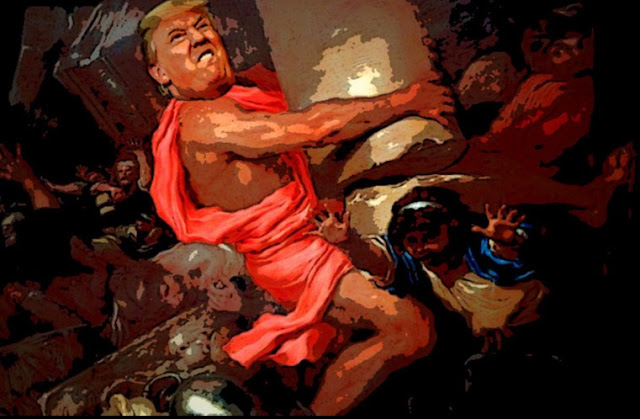 Labels: Donald Trump, fascism, Joe Arpaio, The Death of the Republican Party, The Rise and Fall of the Orange Oaf

Hey this sounds like the same shit people were spewing when Nixion was elected, and Reagan and Bush.....but this time it is different right? Sure it is.

@ Anon 4:36 AM
Either you are too young to remember or your memory is very defective.

Even Nixon at his worst was not blatantly supporting nazis and mad racists. He was guilty of a lot of horrible things but it's a bit hard to see him supporting Nazis scum.

He served in WWII and to have seen the concentration camp photos at the end of it. It is quite possible he lost friends and family to the Nazis.

Yes and they smear genuinely good dudes like Obama or Comey as degenerates while supporting a fucking pig who gloated about sexually assaulting women. Fucking losers.

Go back to bed cranky.

When fascism came to America? it was always here, we just didn't see it or recognize it or were unwilling to do so.

Simon wrote: "And as I would point out, there is no lower group of collaborators than Trump's evangelical supporters."

But as I've said before, there are other Christians--whether they are evangelicals or not-- that have always rejected Trump. And others are slowing waking up to the fact that Trump is an unstable, divisive President:

Horsemen of the Trumpocalypse: A Field Guide to the Most Dangerous People in America by John Nichols (Aug. 29/17)
https://www.thenation.com/article/horsemen-of-the-trumpocalypse/

I think we've entered the era of a 'new word' needed to describe the state of affairs in the US, UK and elsewhere. The key theme is that companies owned by a small collection of radical people are dictating the direction of pretty much all policy, including invasion of sovereign nations, corporate control of the lives of individuals and an extreme security state that is guided by government, but implemented by private authorities (eg. G4S, Blackwater and so on).

But as we struggle to define the current state of affairs, let's look back and acknowledge that this structure has been 'the norm' since the American Civil War, where Robber Barrons and a tiny population of people controlled economic and social affairs. Ford, Rockefeller, Morgan, Carnegie, et al reaped substantial profits from their influence and stood quietly while they profited from the rise of authoritarian governments in Germany, Italy and Japan.

For more on Prince, check this out:
https://www.theatlantic.com/politics/archive/2017/08/afghanistan-camp-david/537324/

Check under your bed Anon 9:15. Johny Jihad might be under it waiting to strike!