The Sunny Humiliation of Rona Ambrose 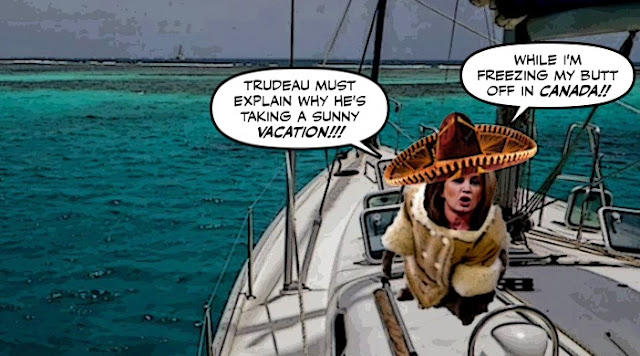 For weeks Rona Ambrose has been attacking Justin Trudeau for taking a helicopter ride to the Aga Khan's private island, instead of swimming there.

Yesterday in Question Period she was a mute as a carp.

Can you believe it? All that hot air aimed at Trudeau... 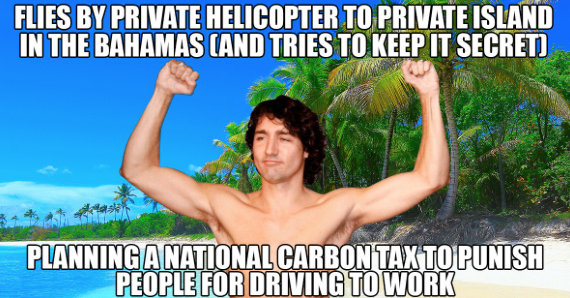 Has give Ambrose a bad case of sunburn, or Con burn.

And as even the Globe's Con editorial board admits, it will make her look like a monstrous hypocrite.

And if you are the leader in question – hello, Rona Ambrose – especially don’t tweet sanctimoniously that Mr. Trudeau just “couldn’t resist the billionaire lifestyle.”

As well as an absolute idiot... 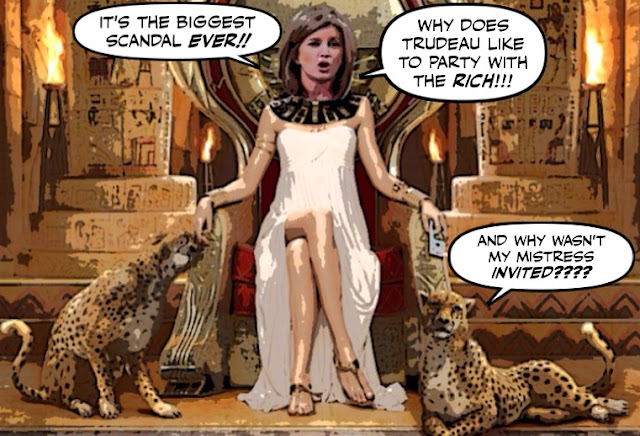 Steward, fetch me another spot of bubbles while I criticize Justin for his holiday choices and infer that he is out of touch with the middle class. Oh, and tell the cook to make sure my lobster isn’t overcooked again tonight!

Her credibility is shot. The helicopter "scandal" was all she had going for her, and now she can't use it anymore. And has to hope it just goes away.

Her usefulness to the Cons is over.

This is her new nightmare... 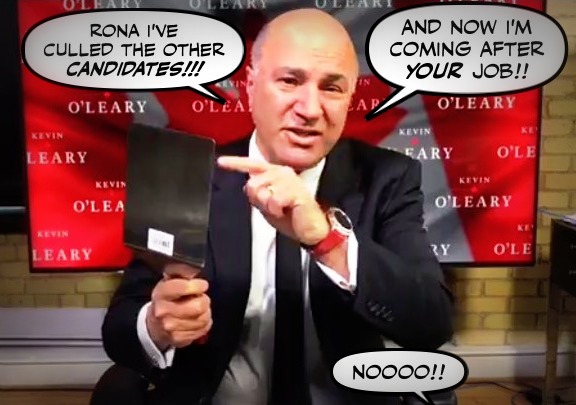 And to make matters even worse for poor Rona, here's what the Con media didn't tell you.

While she was attacking Trudeau and making the Aga Khan look like some sleazy lobbyist.

She apparently forgot to check that her beloved Stephen Harper had been doing exactly the opposite... 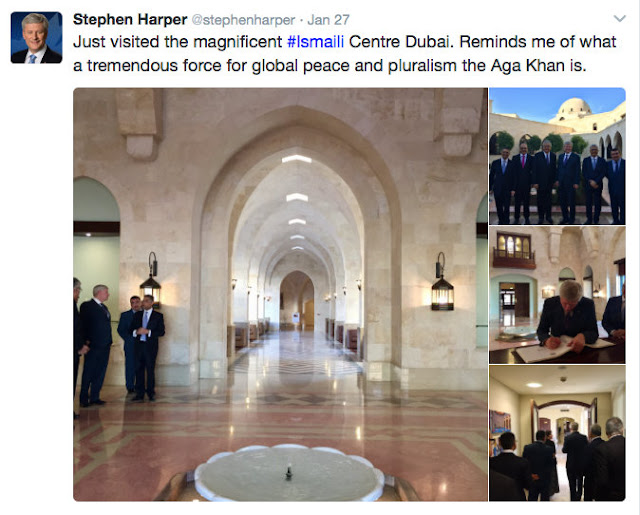 Which explains why she's practically gone to ground, because she must be REALLY embarrassed eh?

And of course Great Fallen Leader can't be too pleased either... 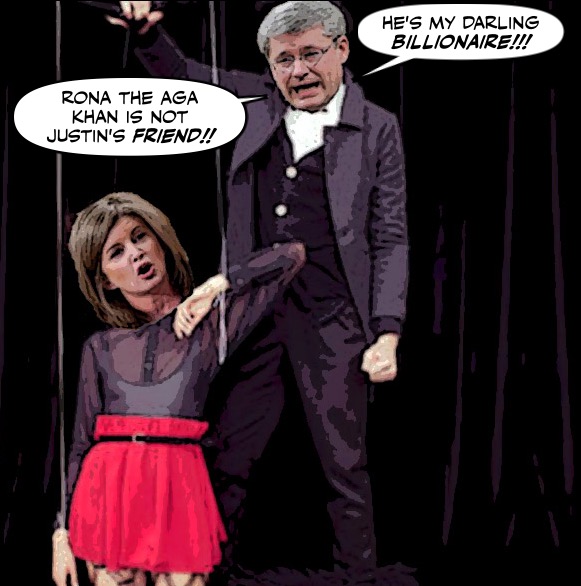 Which couldn't be more ironic. Or more hilarious.

But only goes to prove that if you give the Cons enough rope, or enough string.

Sooner or later they will hang themselves...

I am worried too many idiots on the left will split the vote. A hyper fit over not overhauling the voting system while the world burns around us. The whitest white folk problem of them all.

Harper has a much closer relationship politically with the Aga Kahn than Trudeau.

According to sources, wee Ronda , on the SS Minnow ,took a few days to sober up enough to write to the ethics commissioner. So much for prior consent.

What was the point of O'Leary posting his exercises in gunplay? He doesn't know how to handle any of those weapons properly. I thought he used to be in the armed forces. Give his instructor a bad assessment. The cameraman is lucky to have survived.

Will there be another video or did Lyin' Ted use up all the bacon?

Doesn't Trudeau know that potentially funneling more taxpayer dollars to the Aga Khan foundation will only help the poor whereas making covert public sacrifices at the alter of Big Oil will eventually increase your personal worth many fold. The man would certainly fail any Con inspired Canadian values test.
RT

“For the powerful, crimes are those that others commit.” Noam Chomsky
JD

hi anon...well I suppose that's possible, the idiot left is capable of anything. And one only has to look at what happened in the U.S. to see the tragic results. I realize that a lot of progressives are disappointed by Trudeau's decision not to try to overhaul our voting system at a time like this one. But holding a divisive referendum, that could bury electoral reform for a generation, makes no sense when the shadow of Trump hangs over us. And if the idiot left wants to elect some Con fascist instead, they will only bury themselves....

hi anon...well he certainly does now. Our man Harper is now hanging out with the billionaires, so he can one day join thei club. While Justin has nothing to apologize for taking a helicopter ride to the home of an old family friend. Canada is a big beautiful country but some of its citizens are only too small and cheap and ugly...

hi rumleyfips...yes I'm surprised our Con media didn't make more of that, but then I probably should not be. They made a huge fuss about Trudeau's trip, but seem willing to let Ambrose off with a slap on the wrist...

hi John...I can only guess that he was trying to build up some credit with the Con gun lobby. But I agree with you, the way he was handling those weapons only made him look like a dangerous maniac, and you're right his cameraman is lucky to have survived. The good news though, is that when people like me make videos combining that shooting sequence with the video of him with his head in the toilet, they should help flush any idea he might have of becoming Canadian Prime Minister... ;)

hi RT...I was going to include some words about Rona's Big Oil friend, and the way he left Canada under mysterious circumstances, but I decided against it. But as you point out, Trudeau's consorting with a well known philanthropist, is nothing compared to Rona's partying with a Big Oil billionaire, who could leave her open to charges of conflict of interest when she next rides to the rescue of our tarry ponds. However, I'm willing to forgive all that for now, after the wonderful way she was both deflated and humiliated... ;)

hi JD...yes indeed. And Ambrose's hypocrisy couldn't be more outrageous, and for me at least, more entertaining. In fact, as I wrote that post, I had the music from a DVD of the movie Club Paradise with Robin Williams and he SCTV gang, playing in the background. So it couldn't be more perfect... ;)

By "cameraman" do you mean the GoPro mounted mounted on the side of the bay? Nothing to see here, that bit of personal recreation was conducted safely and responsibly.

Liberal logic: discrimination is wrong, unless it's direcred towards a group that you don't like; like gun owners. Hypocrisk at its finest.