Kellie Leitch and the Redneck From Wasilla 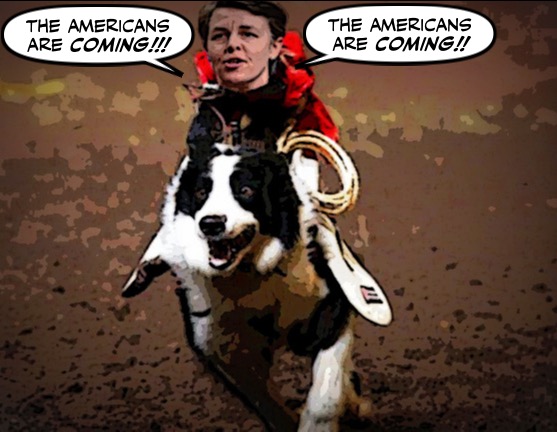 If you see Kellie Leitch galloping past you screaming hysterically, don't panic.

She's not warning us about an American invasion, or warning us that Kevin O'Leary has left his home in Boston and coming after the job she craves so badly.

It's just her way of telling us how incredibly happy she is. 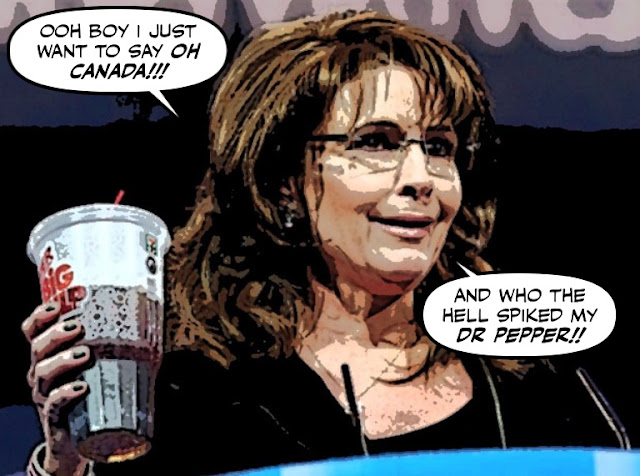 At the possibly imminent appointment of the American Leitch, Sarah Palin, as Donald Trump's ambassador to Canada...

And while that seems hard to believe, as Andrew Cohen points out, Trump may have his reasons to reward the redneck from Wasilla.

Trump is a showman. He likes his people to look and speak the part. Palin is not a diplomat by training or instinct, but she is a celebrity who would bring her travelling carnival to Canada.

If the Captain of Chaos wants to disrupt everything – including resetting relations with little ol’ Canada – Palin would be the one to break the china. She has unapologetic views and a lot of swagger.

She represents the descent of politics. We see today a direct line from Palin to Trump. Politically, Trump is Palin’s child.

Or alternatively punish her further.

When he won, he considered her as secretary of veterans affairs. Then she criticized his much-vaunted deal in November to keep Carrier and its hundreds of jobs in Indiana. “Crony capitalism!” she trilled. Trump no like.

Yet here she is, as enduring and empty as a tin can in a landfill. Her name – believe it or not – is in the chatter coming out of the Prime Minister’s Office and the State Department.

But while many Canadians hate the idea of Palin as the new American ambassador...

The old Con teabagger Rex Murphy would be delighted... 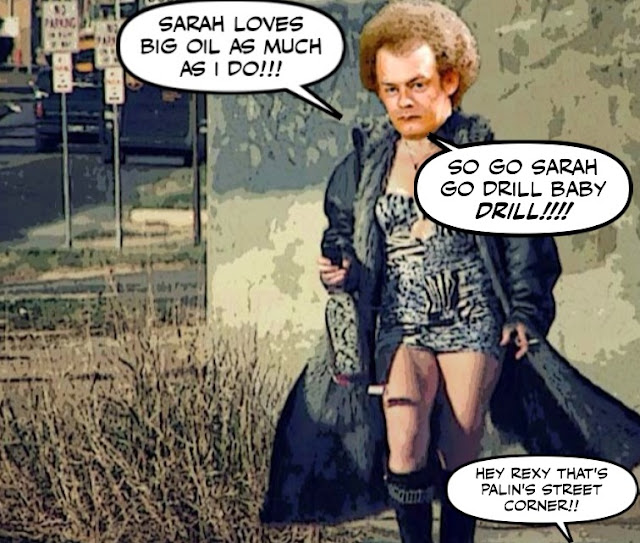 Of course, she would be warmly greeted by observers such as the besotted Rex Murphy, who says she is “smart … radiates human warmth … with a personality that could sell corn flakes.”

And what better way could there be for Trump to soften up Justin Trudeau before the two meet next week?

Or for that matter, what better way could the orange oaf come up with to punish John McCain for daring to question his judgement?

Than by reminding him of his worst nightmare...

As for Kellie Leitch, I'm sure she would recognize a kindred spirit, or a kindred racist. 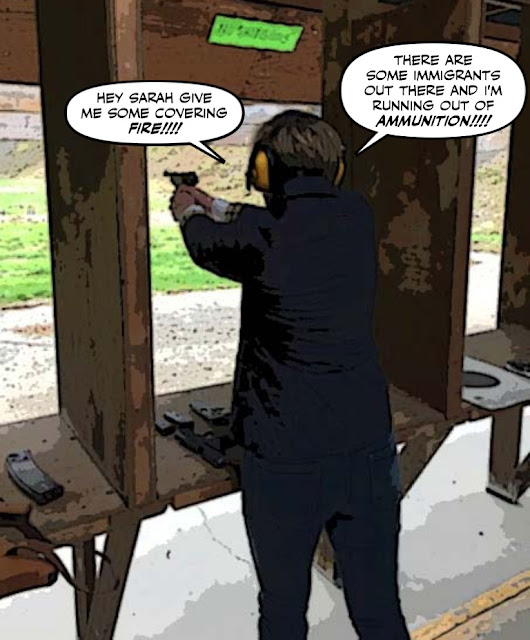 And what with the mediocrity of the Cons, and the madness of Trump.

It's a marriage made in heaven, or Wasilla.

And ANYTHING is possible...

The Original Material Girl Is Back
https://www.youtube.com/watch?v=_LPR7DktumA

Meh, it'll be fine. She'll quit halfway through her term.

If she is in fact appointed, it will be a gong show that I'm sure will see SNL reviving Tina Fey's role portraying Sarah's hapless Canadian adventure.
For better or for worse, it will definately have us in the spotlight as Sarah stumble's from one gaffe to another.
JD

Don't kid yourself, fucktard left will guarantee us a PM O'Leary. Bye bye country as we know it.

Kellie is picture perfect on that dog as was Jason riding out of town on the jackass backwards. What about Kevin ... a turkey vulture,wart hog,star spangled hyena ? Ideally should be something obnoxiously loud and a bit of a scavenger.
RT

hi aka Joe... well we're still waiting to see if Trump will appoint her, but I'm keeping my fingers crossed. She would say more about Trump than even the angry oaf himself. And she sure would shake up Ottawa.... ;)

hi JD....yes that's true, Tina Fey would have a lot of fun. And it would definitely keep us in the spotlight. But I fear the reputation of our country might not survive... ;)

hi RT...I'm glad you like Leitch's pony express. I'm going to have to think about what beast O'Leary should ride. I bumped into him a couple of times near the CBC when he was doing his show with Amanda Lang, and he's very short. So maybe I'll start off by having him ride in on the back of a rat or a daschund... ;)

did like the pitcher of Leitch, but won't the animal protection people come after you, poor dog. Put her on a goat. then for O'Leary, I don't know, but rat might be, no it won't they're actually smart animals. we might not like them but in some parts of the world they have been trained to detect line mines. well perhaps it would work, one could consider O'Leary a type of land mine, tell you what, have the rat ride O'Leary.

If Palin is actually appointed to be Ambassador to Canada, the federal government ought to hire Kelley to keep her company and just ignore the two of them until big daddy trump is sent packing.