The Horror of Syria and the Human Slaughterhouse 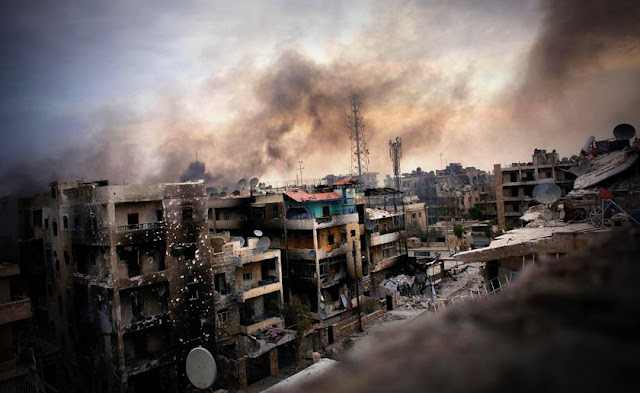 I must admit I didn't think that anything that happened in Syria could shock me more than it already has.

The more than 400,000 dead, the countless wounded and traumatized, the sea of desperate refugees, the indifference of the world.

But if Amnesty International is right about what has been happening at the Saydnaya military prison in Damascus, it must surely be what it has been called "the worst place on earth." 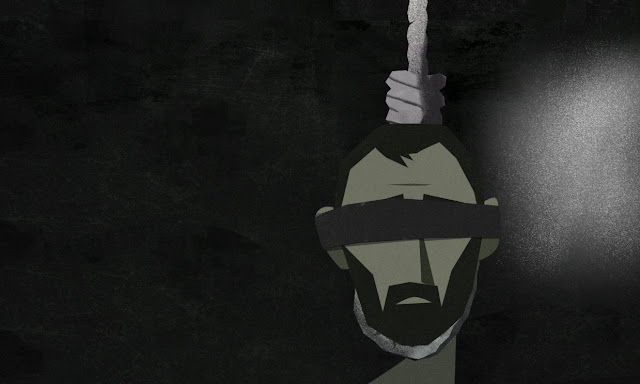 You can read more about that monstrous slaughterhouse here.

And then please join your voices to those demanding that the UN be allowed to visit Saydnaya prison and other detention sites.

The horror must be halted.

Those responsible for those crimes against humanity, must be brought to justice.

And of course those who managed to escape that living nightmare should be welcomed with open arms... 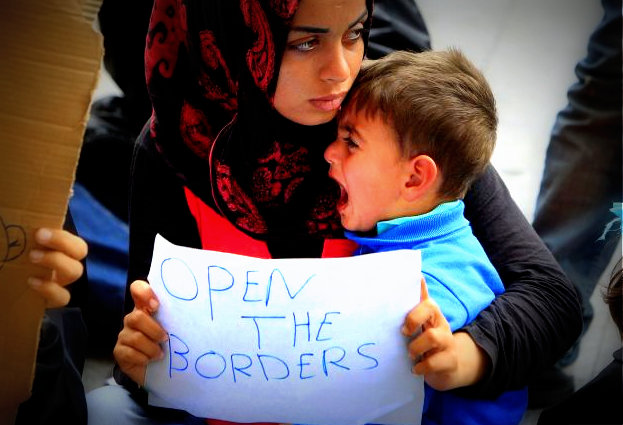 Welcome Syrian refugees. This is Canada.

And you are safe here...

if Amnesty International is right. Probably off a little bit on details as one would expect but they almost always get the main story correct and it sounds par, for the course

Syria seems to have a petty evil government for years Remember it hosted one or two of US's black sites earlier.

Besides torturing kidnapped prisoner as a favour to an ally, it had a very nasty human rights reputation ln general for many years before that under Hafez al-Assadm when most of the security forces seemed to be kleptomaical brutes.

"In five years, as many as 13,000 people, most of them civilians believed to be opposed to the government , were hanged in secret at Saydnaya".

Some very sadistic bastards? Sounds a bit like the Nazis though one could suggest that the Syrians are not trying for actual genocide for totatly insane racial resons since the victims can proably be a considerd a poltical danger to the regime.

This is horrible but more like some of Stalin's purges, particularly of Red Army, where he considered the victims serious potential rivals and or danger to the existence of the USSR and not just people of a different ethic group as the Nazis did.

It is still psychopathic bebaviour but slightly understandable where Nazi attacks on Jews and Roma made so sense at at all.Roma

"Welcome Syrian refugees. This is Canada.

Yes, but are we? Hate to rain on your parade Simon.

@MC
Gee.I'm glad Syria is the only place with sexual offenders. Could not happen in Canada/sarc

Oh, not we have people like thee the upstanding Co,l Russel Williams, the former senior officer, whom I believe,, is now residing just outside Kingston ON.

hi jrkrideau...I deliberately stayed away from discussing the politics of that tragedy, because all parties have bloody hands, and all I cheer for these days is peace and those who are trying to heal or save the innocent. I do feel guilty for having looked away, but honestly I felt helpless to do anything to affect the outcome, and I could never tell the good guys from the bad guys....

hi MC...no I'm sorry to rain on your parade. One old Syrian guy inappropriately touches some girls in a public pool, which is inexcusable, and you blame all refugees for the actions of one pervert? And how many white people or old stock Canadians were accused in the last month of raping or murdering women? And they get a pass. Don't be so quick to generalize and don't be such a racist....