Rona Ambrose and the Pit of Hypocrisy 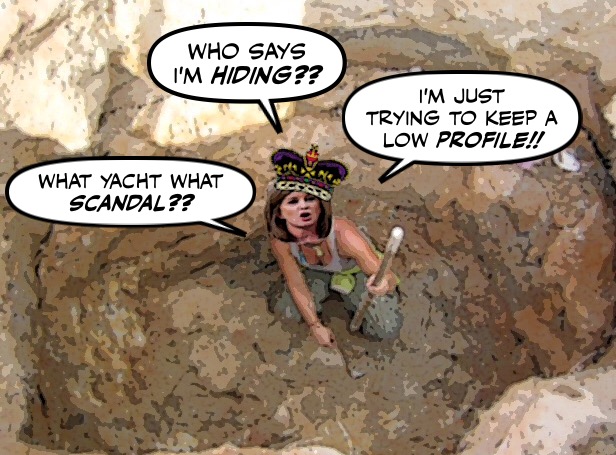 The other day I said that I had been struck by the strange way Rona Ambrose had been behaving. How she had practically gone to ground.

After accusing Justin Trudeau of being unable to "resist the billionaire lifestyle" by vacationing at the Aga Khan's private island.

Only to have it revealed that she had been attacking him, while sailing through the Caribbean on a billionaire's yacht.

And now that observation has been confirmed. 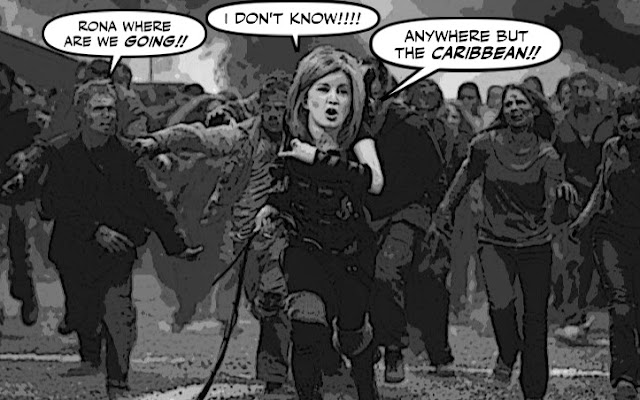 Ambrose has indeed been running for cover.

The normally cool, calculating yet charismatic interim party leader has engaged in a daily rush of guilt-enhancing behavior since the news broke about her January frolic on the football-field-sized yacht of an Alberta-based investment titan.

All week long, the always-accessible Ambrose has declined routine interview requests, ducking out of caucus without comment and exiting the Commons through off-limits doors reserved for gun-shy MPs before dashing for the airport mid-week.

And it probably has less to do with her hypocritical sun tan, and more to do with this murky story.

Rona Ambrose vacationed on a yacht owned by a billionaire Calgary oilman whose aerospace company benefited from tens of millions in federal funds from the Conservative government during her tenure in cabinet.

But the Conservative interim leader insists there is no link between her relationship with businessman Murray Edwards, who she says is a close friend of her spouse, and the fact that Magellan Aerospace Corp., of which Mr. Edwards is chairman and majority shareholder, received federal money.

And among other things, this conflicting testimony:

Lobbying commissioner records show Ms. Ambrose met with Magellan in 2012 and 2013, when she was public works minister, although her office said she set up a self-imposed screen in February of 2013 to remove herself from dealings with Magellan.

But Magellan’s former president and chief executive officer James Butyniec, now the company’s vice-chairman, filed a report with the lobbying commissioner that recorded a meeting with Ms. Ambrose and her officials on June 17, 2013, four months after she said she stopped dealing with the company.

I have no idea what all of this means, but one thing is for sure. We need a thorough investigation. 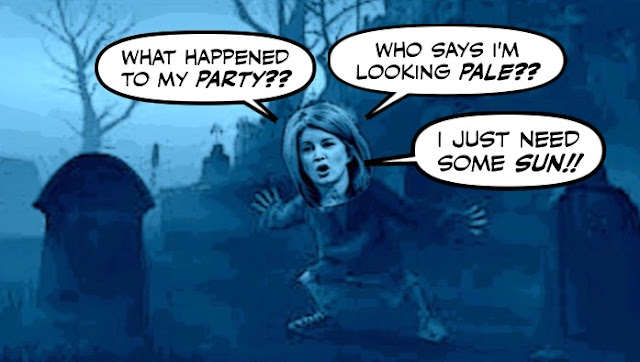 Or resign as Con leader as soon as possible....

yeah right. only Liberals are ever held to any account.

Unfortunately it's not really a victory in any useful way for anybody except the cons. Rona's hypocrisy doesn't erase Justin's, it just reinforces the narrative that all politicians are crooked and your vote doesn't count. Ever notice that whenever both major parties are seen as corrupt, people tend to vote for the cons? It comes down to expectations, I suppose - people *expect* Ambrose to be wallowing in oil money, lobbyists and backroom deals, but they expect Trudeau to have higher standards.

Now why would Rona lie about when she set up a self-imposed screen? And why wasn't this caught sooner? Given that she's now slinking around the hill trying to avoid her skeletons I'd say the poor sunburned dear's got something to hide.
They better investigate this Simon, the sooner the better.
JD

Simon, Ambrose's benefactor Nigel Murray Edwards, coordinated a $1 million fund raiser in Alberta for Christy Clark prior to the last BC provincial election. Besides being an owner of the Calgary Flames, he is the principal of the Mount Polley and the Red Chris mines. Both of these operations have enjoyed huge financial support from the BC Liberal government and BC Hydro. RG

hi anon... well Liberals do sometimes have things for which they should be held to account. But at least they are not usually THAT hypocritical. As Greg Weston said the other day, criticizing somebody for vacationing on a billionaire's island, while standing on the deck of a billionaire's yacht really takes a nerve. And Droner really should be ashamed of herself....

hi anon... yes, that's a good point. But remember Ambrose is the absolute darling of the Con media, so it will at least damage her reputation. And since she is so often described as the best thing the Cons have going for them, hopefully it will help take all of them down...

hi JD...yes, that's a very good question. Why didn't the Con media know where Ambrose was sooner? Instead of letting her bash Trudeau for weeks, and joining in the fun. And I agree, all that money flowing to the businesses run by her cowboy's friends does merit more investigation. I've never made a graphic of Rona behind bars, but I'm sure going to work on one now... ;)

hi bemused lurker...well that may be true, but I'm hoping the stench will rub off on the Con leadership candidates. And when people start questioning some of O'Leary's deals, they won't have Rona to play Mother Theresa...

hi RG....isn't that interesting? I must admit I'd never heard of Murray Edwards before. But if he has also raised funds for Christy Clark, I want him investigated IMMEDIATELY !!!!

When the Liberals do things it is always met with mass hysteria and handwringing. Not so much for the cons. Media is a cunt.