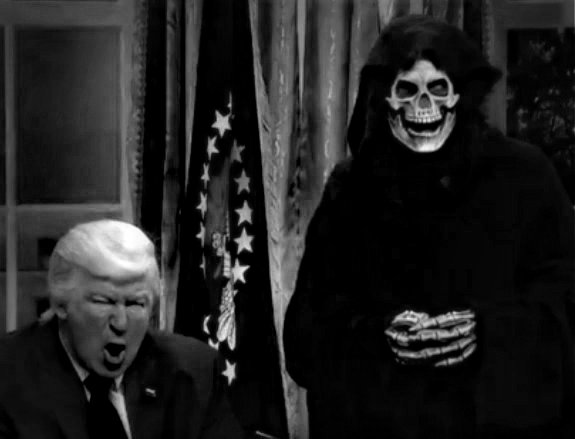 And the real president of the United States.

But now that Bannon has emerged from the shadows, and outlined his master plan for total Trump domination, I think SNL's portrayal is far too generous. 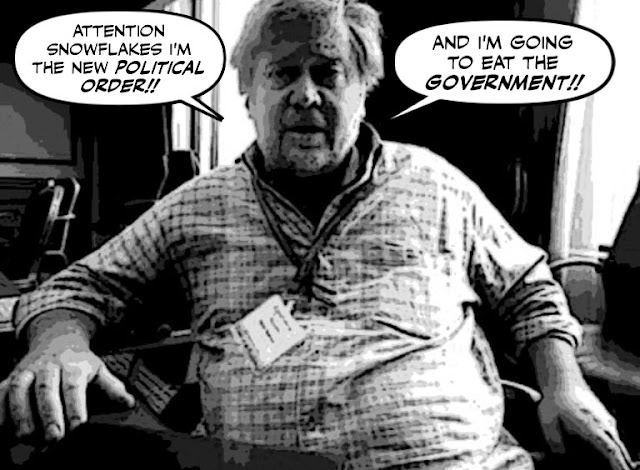 For that grubby ideologue is not just planning to " deconstruct" or dismember the U.S. government.

"Every business leader we've had in is saying not just taxes, but it is also the regulation. I think the consistent, if you look at these Cabinet appointees, they were selected for a reason, and that is the deconstruction.

By getting Trump to appoint people like Scott Pruitt to head the Environmental Protection Agency... 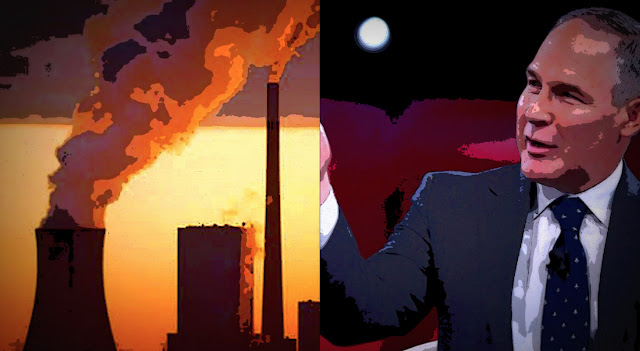 Even though Pruitt has spent his entire political career trying to destroy it.

Bannon is also threatening the media.

The message from Bannon was unmistakable: The enemy of Donald Trump and those who think like him is not, really, Democrats but, in actuality, the media. And the only way to combat the media is to fight like hell against them on everything and anything.

And all that talk about "economic nationalism" and a "new political order is just a prescription for fascism... 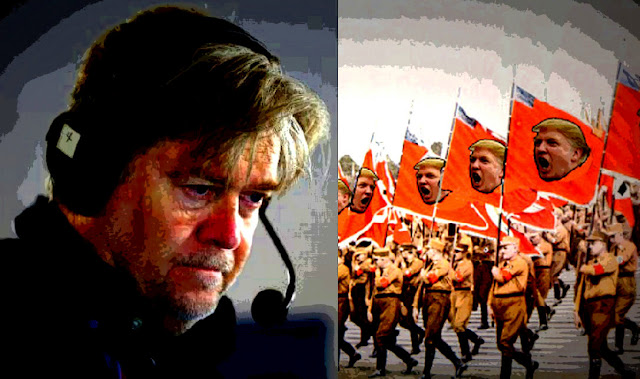 And a state of permanent war.

There’s a reason why political operators like Steve Bannon have never sat on the national security council that effectively decides whether the United States should go to war. It’s the same reason why Bannon’s new seat on the NSC is such a threat to the security of the United States and its allies: because he’s permanently at war.

Which couldn't be more insane or more dangerous.

You know, it's only human to want to get away from all this madness, as I was trying to do yesterday... 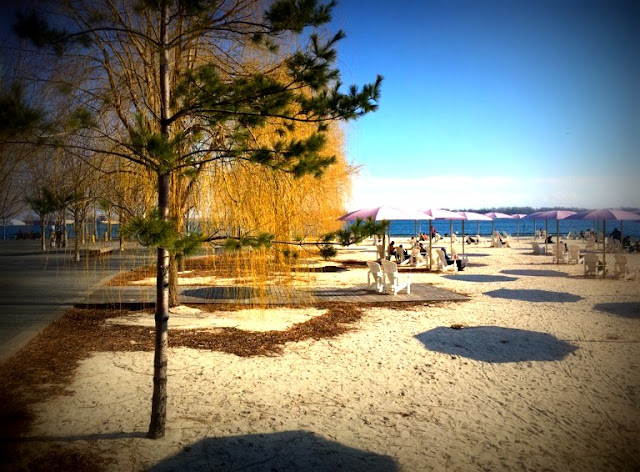 On a warm and sunny day, in Canada, in February.

And it's also only human to try to carry on as if nothing is happening, like the four characters in Caryl Churchill's new play Escaped Alone try to do...

In this very British apocalypse.

“Four-hundred-thousand tons of rock paid for by senior executives split off the hillside to smash through the roofs, each fragment onto the designated child’s head,” she says.

“Villages were buried and new communities of survivors underground developed skills of feeding off the dead where possible and communicating with taps and groans. Instant celebrities rose on ropes to the light of flashes. Time passed. Rats were eaten by those who still had digestive systems, and mushrooms were traded for urine.”

Which at any other time would seem absurdly surrealistic, but these days seems almost normal.

And this is definitely true:

Trump and Bannon are out of their minds, and too crazy to govern... 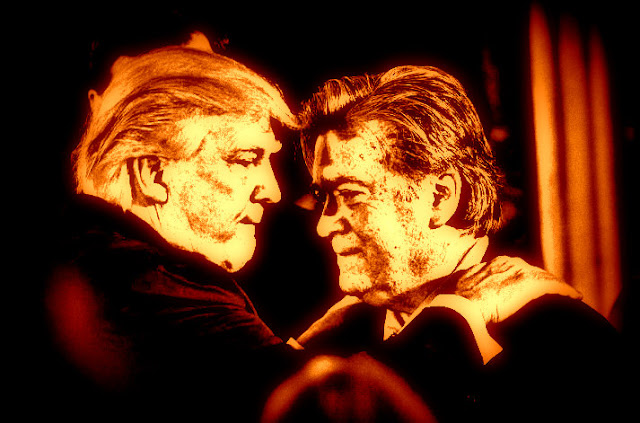 Unless they are stopped they will lead their country, and the rest of us, to catastrophe.

And only mass resistance can save us now... 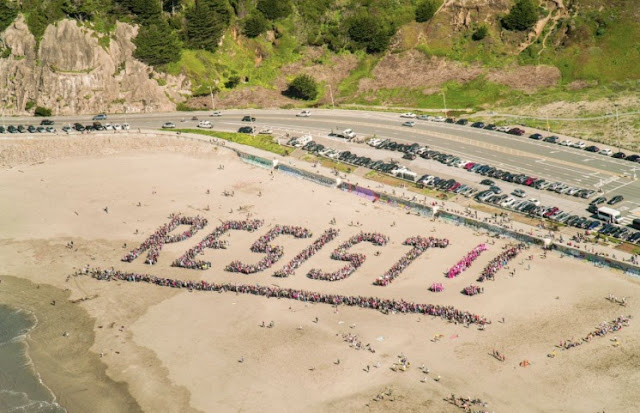 While Trump and Bannon fuel their power base with hate inspired rhetoric, mass murders in the US continue unabated. Soon to be enhanced with repeal of the few gun laws they have and empowerment of "the lost" already on the fringe. So far this year the site massshootingtracker.org reports 109 dead and 225 wounded, mostly women and children with a smattering of employee revenge and other motives. A toxic sludge that enabled increased death and destruction will be the true legacy of the Trump/Bannon Republa-Con reign either through promoting intolerance, repeal of laws aimed at protecting society or just outright war.
RT

hi David...I must say I've never heard of Hans Gruber, but grubby Bannon is a weird fish. Every time I see him on TV he looks like he just consumed a half bottle of Scotch.
But he is an intelligent beast, and I do fear the hold he has on Donald Trump. And the good news? He himself likes to describe himself as Thomas Cromwell in the court of Henry VIII. And that Cromwell ended up with his head on a pike....

hi RT...I deplore violence, I give thanks that my Dad never allowed a gun in our house, despite the way I begged for one when I was a boy. And although I love parts of the United States, and many Americans, I now consider it a too ugly and dangerous place to visit. The unnatural love so many people in that country have for their weapons is truly tragic, and is killing the American dream...